A World Tour Wrap Up and Showbox Legal Battle Update 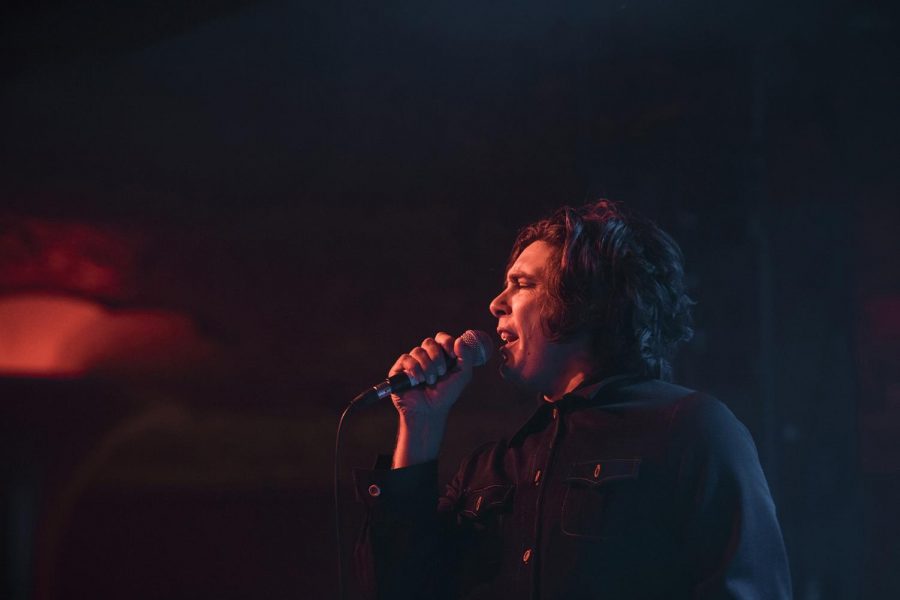 The Showbox in downtown Seattle, just one block from the neon clock of Pike Place Market, has been making headlines this past year as new developers plan for its demolition. Regardless, the Showbox still holds an impressive lineup of talent, continuing to welcome touring and local acts.

The Growlers rounded out their Casual Acquaintances World Tour with two nights at the historic Showbox theatre the weekend of Oct. 5.

Likened to a more beachy, grungy version of the Strokes, (which is a fair comparison, Julian Casablancas has worked with The Growlers on past albums and lead singer Brooks Nielsen is likened to the young frontman’s sound) The Growlers have grown from a cult California band to a force on the worldwide music scene.

Opening with arguably the strongest song of their 2018 album, “Heaven and Hell” brought the bands quintessential rock, punk and surf sound, dubbed “beach goth,” to the Seattle music hall. Their most recent single, “Pulp of Youth,” goes back to the hazy guitar and smoky vocals of the band’s roots and brought a nostalgic crowd into the excitement of the band’s new music. This is a necessity for the band: a new album, “Natural Affair,” is set to drop this fall.

The Growlers played an impressive repertoire of music from the past decade. After playing a Growler’s classic, “Rare Hearts,” Brooks Nielsen confessed to the crowd that some old songs “feel brand new” when performed in front of a live audience. The sultry melodrama of a band in its mature years, still tapping in to the restlessness relatable to an audience of any age, resonated with the buzzing crowd at the Showbox.

Following The Growlers’ weekend stint at The Showbox, the future of the venue changed in a decisive legal decision the following week.

King County judge Patrick Oshni declared that the Seattle City Council violated the U.S. Constitutional rights of the Showbox property owner by illegally extending the Pike Place Market Historical District (a process known as “spot zoning” by land-use attorneys) to include the Showbox.

The decision, reached Oct. 8, cost the City of Seattle $915,000 to cover attorney fees and other lawsuit costs for 1426 First Avenue LLC, the company that currently owns the Showbox. This is a small sum compared to the 40 million the developer originally sought in the lawsuit.

The Showbox has become a hotly debated topic reflective of resistance to a changing Seattle. A Vancouver- based developer planned to build a 44-story apartment building in the Showbox location—with more than 400 new units—back in August of 2018 when the building first went up for sale. The following year signaled a fight for historical status to ensure the Showbox’s existence, but won only temporary extensions.

The theater was created in 1939 as The Show Box and remains one of the last great music venues from Seattle’s music heyday. The interior is relatively unchanged since its 1958 renovation and partial demolition, with textured ceilings and large seated bar tables. The venue was built specifically for live performances, so the acoustics and sound quality are superior to other Seattle venues.

It has seen concerts from artists including Duke Ellington, Muddy Waters, the Ramones, Katy Perry, Lady Gaga, and Seattle-based bands like Pearl Jam, Soundgarden and Death Cab for Cutie.

Published as an advertisement in the Seattle Times, a coalition of musicians led by Ben Gibbard of Death Cab, Duff McKagan of Guns ’n’ Roses, Macklemore of Macklemore and Ryan Lewis, and Mike McCready of Pearl Jam voiced resounding support for the city council’s efforts to save the Showbox.

“It is not just another venue or stop on the road… The Showbox is one of the only truly unique, historic rooms of its kind left in the country,” the letter stated.

In response to this overwhelming support in favor of The Showbox the Seattle City Council looped the Showbox into the Pike Place Market Historical District to ensure the venue’s survival in August 2018.

Property owner Roger Forbes’ filed a lawsuit against the Seattle City Council the following month, citing a breach of federal due process and violation of equal protection rights. A six month extension of contract came in July 2019 when the Showbox was awarded landmark status while the decision waited to be brought to court.

The developed Showbox story became one of a legal battle, including the city’s legal right to object corporate decisions or subsequent demolitions on behalf of a community’s public disapproval.

The judge’s decision leaves room for a new developer—someone willing to buy the space and The Showbox name for $41.4 million. This is all contingent on if the “Landmarks Preservation Board recommends no controls be imposed on the property and the City Council imposes none,” according to City Attorney’s Office staff. Future decisions are now determined by the Landmarks Preservation Board, and if the new developer chooses to continue The Showbox’s normal operations.