Fair Pay to Play— Or is It? 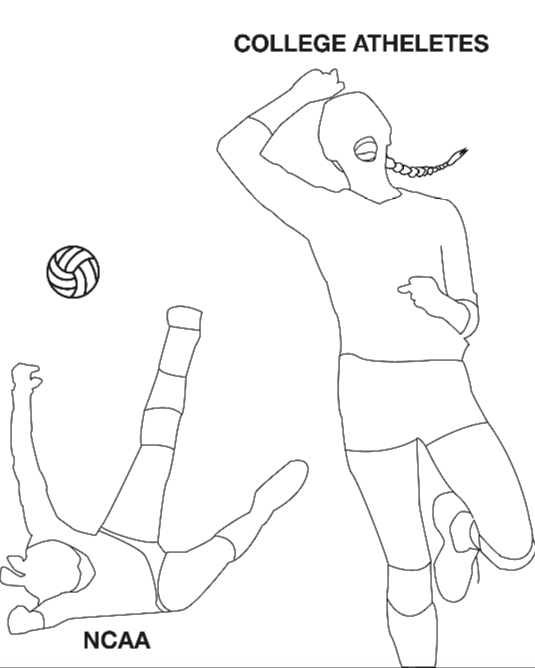 On Monday, Sep. 30, California became the first state to permit the payment of collegiate athletes for work regarding their name and image. The bill was initially proposed by Berkeley Senator, Nancy Skinner— promoting a “Fair Pay to Play” act.

California Governor Gavin Newsom recently signed this bill with the intention of allowing collegiate athletes to make money through recreations, such as sponsorships and endorsement deals, while still preventing the revokement of scholarships or anything that could conflict with a school’s existing contracts.

In light of the bill, the enactment has brought about much attention and conflict—especially with the National Collegiate Athletic Association (NCAA)—as its legislative incentives undermine the NCAA’s amateurism rules.

The NCAA has made comments since the signing of the bill, stating that its motives are unconstitutional and looks to make a case in court in reference to its legislation.

Though the bill has only been applied to the state of California and shared revenue will not be forced upon schools, the NCAA believes it has the power to ruin all collegiate sports and the athletes it looks to serve.

The bill looks to be enacted in 2023, and as its attention on a national level progresses, so does the conversation and its widespread impact.

“I mean, it’s taking the conversation about amateurism and the NCAA and starting a new chapter…As the landscape of college athletics continues to grow and change, it’s a new piece of information to discuss,” said Seattle University’s Associate Athletic Director for Strategic Communications, Sarah Finney.

As the conversation spreads nationwide, more schools and states are beginning to consider the impact of the bill and what it could mean for college athletics.

Associate Athletic Director, Eric Guerra, discussed how the bill could affect both Seattle U and various universities across the country. “I mean, people are passionate about college athletics, and we’re passionate about how we make sure we’re caring for the whole student,” Guerra said. “So the goal is that, collectively, we can come up with a path forward that helps college athletics grow, helps make sure we are caring for and adjusting to the needs of student athletes but also are maintaining integrity when it comes to amateurism.”

The conflict between the bill and the NCAA mostly stems from claimed attacks on amateurism rules and a debate of whether or not paid name, image and likeness would truly benefit collegiate athletes.

Although perspectives change from university to university, Guerra takes the bill from a different perspective in accordance with Seattle U’s mission. “Our goal is to be realistic—to try to think forward to look at what the reality is for students in terms of their financial need and the realities that all students face in terms of paying for education,” Guerra said.

“We also make sure we’re preserving the values of college athletics as it relates to being part of the academy and being an amateur sport opportunity for students. We don’t want to lose sight of those things.” Guerra also noted the importance of taking a step back to look at both perspectives that the signed bill will impact.

Though the intention of the bill is good, Guerra brought attention to the whole body of people—especially at Seattle U.

Making sure that the needs of all student athletes are met and both majority and minority collegiate sports are considered remains a major concern.

Guerra’s main goal, regarding both the legislation of California and the NCAA, is to benefit the student athlete as college athletics continuously grows and develops. “If we are moving forward on legislation based on a very small percentage, and we’re disregarding how that impact could trickle down and impact our main sports, then we need to pause and step back and say, is this the right thing collectively?” Guerra asked.

“And I think we need to ask hard questions, and make sure that we’re coming up with comprehensive answers that don’t ultimately down the line, take away an opportunity from a student that maybe wasn’t being considered the way she or he should be in the conversation,” he added.

With the whole-person— the collegiate athlete—in mind, universities all across the country are beginning to take action in ways they believe will benefit their students. California’s first initiative presents equal opportunity.

As this topic continues to grow and develop, new motives to benefit the student-athlete are being proposed and the movement to change college athletics is constantly evolving.