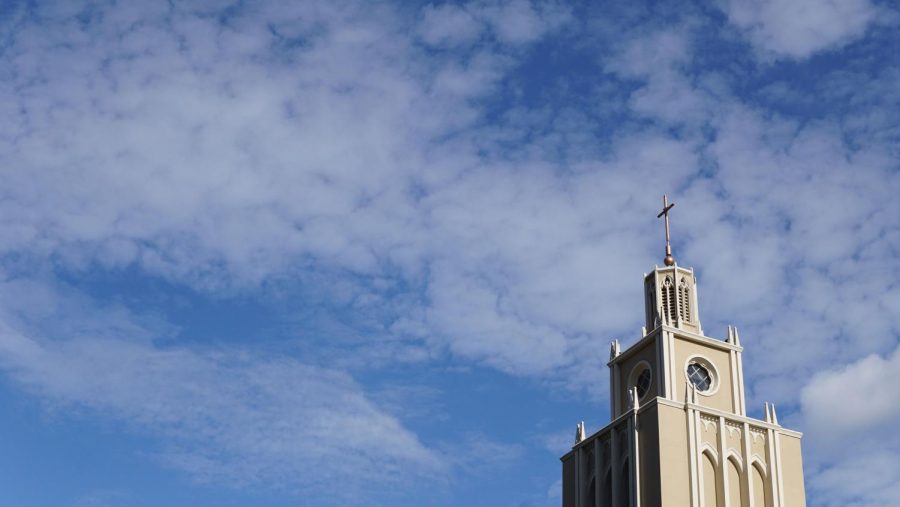 The Spectator has an updated article published on Oct. 9th, which includes an interview with Fr. Sundborg and with protest organizers. It can be found here.

Story update: Planned Parenthood has submitted an email statement to The Spectator criticizing Seattle University’s decision to remove it as a student resource from the website. The statement can be found in the body of this article.

When approached by the Spectator on Oct. 3, Sundborg declined an interview before departing on a trip to Washington, D.C. for the weekend. He refused a phone interview on the morning of Oct. 4, but said a statement is “forthcoming.”

Faculty, staff and students are pushing back against the decision by Seattle University to remove Planned Parenthood as a student resource from the university’s website following a request by a national pro-life group.

Students for Life of America (SFLA) sent a letter to President Fr. Stephen V. Sundborg, S.J. and other university leaders in August, arguing that Planned Parenthood has “no place on a Christian campus” as an “abortion corporation.”

Planned Parenthood is a national healthcare organization that provides services to people of all genders and ages, including cancer screenings, STI testing and treatment, abortions, and vaccines.

SFLA specifically requested the university remove a reference to Planned Parenthood on the College of Arts and Sciences Advising Center’s website—a request with which the university complied.

The organization further asked that the university enforce “stricter hiring policies” to prevent potential employees with ties to Planned Parenthood from working at Seattle U in the future—a request that Sundborg declined, citing the necessity of “academic freedom.”

Prior to removal, Planned Parenthood was listed as a “Health and Wellbeing” resource for students on the website. It is unclear at this time exactly when Seattle U removed the reference.

In his response to the letter, Sundborg thanked SFLA for bringing the Planned Parenthood listing to his attention and references a supposed university policy that prohibits naming the organization as a resource.

“Our policy is that it not be listed as a resource for any Seattle University-sponsored department or club,” Sundborg wrote to SFLA.

Sundborg’s email response to the SFLA letter, a copy of which was obtained by The Spectator, can be found in its entirety at the end of this article.

When approached by the Spectator on Oct. 3, Sundborg declined an interview before departing on a trip to Washington, D.C. for the weekend. He refused a phone interview on the morning of Oct. 4, but said a statement is “forthcoming.”

In an email statement from Seattle U Marketing and Communications, Media Relations Specialist Dean Forbes also referenced such a policy: “It [Planned Parenthood] should not have been listed since it ran contrary to our longstanding policy as a Catholic university, and it has been removed.”

The Spectator has not yet been able to independently confirm the existence of this policy and has been unable to locate such a policy on the university’s website. Thus far, university administration has failed to point The Spectator to any written or stated proof of this “longstanding policy.”’

In an email statement to The Spectator, Planned Parenthood of the Great Northwest and the Hawaiian Islands criticized this decision.

“It is disappointing to learn that Seattle University is removing a trusted reproductive health care organization from its resource list because of pressure from a biased student organization with a clear agenda,” the statement reads. “Planned Parenthood remains the leading expert on a full range of reproductive health care, including birth control, gender-affirming hormone care, and cancer screenings.”

The statement also emphasizes the importance of accessible reproductive healthcare for all people, including Catholics and Seattle U students.

“We would remind the university’s administration that recent studies show birth control use is nearly universal and ninety-nine percent of all sexually experienced people and 98 percent of sexually experienced Catholic people have used it at some point in their lives,” the statement said. “Seattle University students deserve access to all critical resources, including Planned Parenthood.”

In an email to The Spectator, SFLA said, “Our goal is to sever the connection between Planned Parenthood and Catholic/Christian schools.”

SFLA does have a chapter at Seattle U, though its members were not consulted before the letter was sent by the national organization to Seattle U.

A handful of professors have posted the Planned Parenthood logo on their door in protest of this decision. They hope this action will put internal pressure on the university administration, as they consider this decision a violation of shared governance and an action that harms the entire community.

Some faculty, including Director of Seattle U’s Women and Gender Studies Program and History Professor Theresa Earenfight, were not aware of the removal until approached by The Spectator for comment on the matter.

Earenfight expressed outrage but said she was not surprised by the decision. She argues that removing Planned Parenthood as a resource amounts to censorship and deprives students of the chance to discern between options for themselves—something she says is a pillar of Jesuit education.

“They’re taking away from you the most important thing that they claim to be teaching you, which is critical thinking and discernment,” Earenfight said. “If you’re going to educate the whole person, you need the whole set of resources.”

Asked if she will continue to recommend Planned Parenthood as a resource to students going forward Earenfight responded without hesitation.

In a collective statement from Women and Gender Studies faculty and staff, the department assured students they will keep them as informed as they possibly can and support them as much as they can.

“Your health and well-being matter. Many of us—faculty and staff—can attest to the power of Planned Parenthood,” the collective statement reads. “Some of us relied almost exclusively on Planned Parenthood for all of our women’s health care needs, some of us while undergraduate students here at SU, some from poorer families, or some simply struggling in grad school to make ends meet. Without Planned Parenthood, we would not have had access to women’s health treatment during our college years.”

The statement goes on to reiterate the department’s continued support for Planned Parenthood as a resource for all students, particularly those who could feel excluded from other avenues of healthcare.

“But our support comes not just from personal experience, it is grounded in ethical Christian theology. And it matters to more than just us. Attacks like this on Planned Parenthood aim to destroy a vital health care provider that serves people of all races, ethnicities, religions, sexual identities, and social classes, without judgement or prejudice.”

As a student who relies on Planned Parenthood for their mental and physical health, Event Coordinator for the Gender Justice Center (GJC) Leyla Gheisar sees this as a decision that directly affects them and people like them.

Gheisar felt that the removal of Planned Parenthood as a resource follows a trend of Seattle U not supporting its trans students including the transphobic comments Sundborg made after the 2018 drag show and a trans-exclusionary housing policy.

Because this action was initiated by an organization with no relationship to Seattle U, Gheisar took issue with the way this decision appeared to exclude student voice.

“It was an outside organization that doesn’t know our school, doesn’t know the needs of our students, that decided that this was the best decision to make for us,” Gheisar said.

This article will be updated as we continue to gather more information.

Sundborg’s email response to SFLA’s initial request is shown in its entirety below:

Thank you for contacting me about this matter.  Please excuse my delay in responding to you.

I am helped by learning what you bring to my attention about instances of Planned Parenthood on our website. As a Catholic university this subject of importance to us. Our policy is that it not be listed as a resource for any Seattle University-sponsored department or club. The listing for the Students of Concern Resources will be removed. We have made sure in the past that there are no referrals listed to Planned Parenthood, so it is good to learn one as occurred contrary to our policy.

In regard to the other items in your email, it is our policy that the resumes of professors are a matter of academic freedom, so that if there is some connection of an individual to Planned Parenthood, it is not removed, but is the responsibility of the individual and does not indicate an endorsement of PP by Seattle University. In regard to the other matter you indicate, persons who speak at Seattle University do so on a range of subjects and some of them may have or may have had some association with PP. This does not disqualify them from speaking on our campus as long as their primary subject is not an advocacy for the organization.