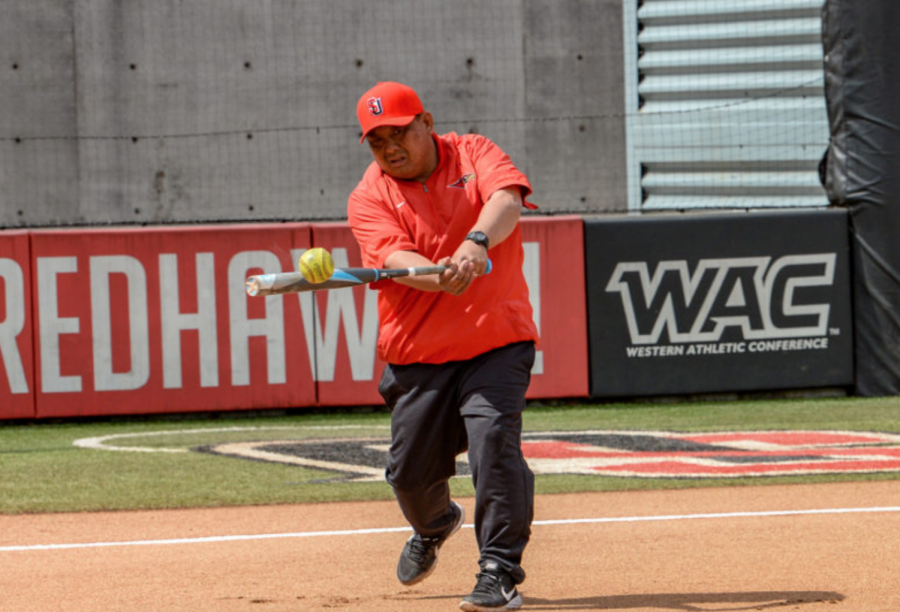 The Seattle University Head Softball Coach Geoff Hirai solidified a contract that extends until 2023. Coach Hirai entered his fourth season with the Redhawks this year and is coming off a historic 2019 season for the Seattle U softball team.

Hirai explained what the key to his success has been during his time at Seattle U.

“It’s just an accumulation of all four years, just understanding the philosophies,” Hirai said. “We have and the culture that we set. Being a new coach, it takes a while to fully embrace the culture that we were setting and just the seniors being really great leaders and teaching the younger players—the culture that they have set.”
“We aren’t going to change much of anything, it’s kind of what we do. We’re going to condition hard, lift every week like we do, and we’re going to get better, faster, and stronger.”
Before coming to Seattle U, Hirai began his Division I coaching career as an assistant coach for the University of Washington (UW). During his time with the Huskies, he saw them advance to NCAA tournament berths while helping four players obtain five All-American honors.

Hirai continued his assistant coaching career at the University of Virginia (UVA), where he served as the team hitting coach. In his three seasons with UVA, they made an NCAA tournament appearance in 2010.

At Hirai’s last stop before coming to Seattle U, he finished his assistant coaching career at Oregon State University (OSU). Hirai worked primarily with offense and hitters. Thanks to his help, the Beavers obtained numerous school records and NCAA tournament appearances in 2012 and 2013.

“I think our culture is our culture, and we just want to keep working hard, that’s the first thing I told the players, hard work pays off. I think this year [2019] is a combination of that,” Hirai said. “We aren’t going to change much of anything, it’s kind of what we do. We’re going to condition hard, lift every week like we do, and we’re going to get better, faster, and stronger.” 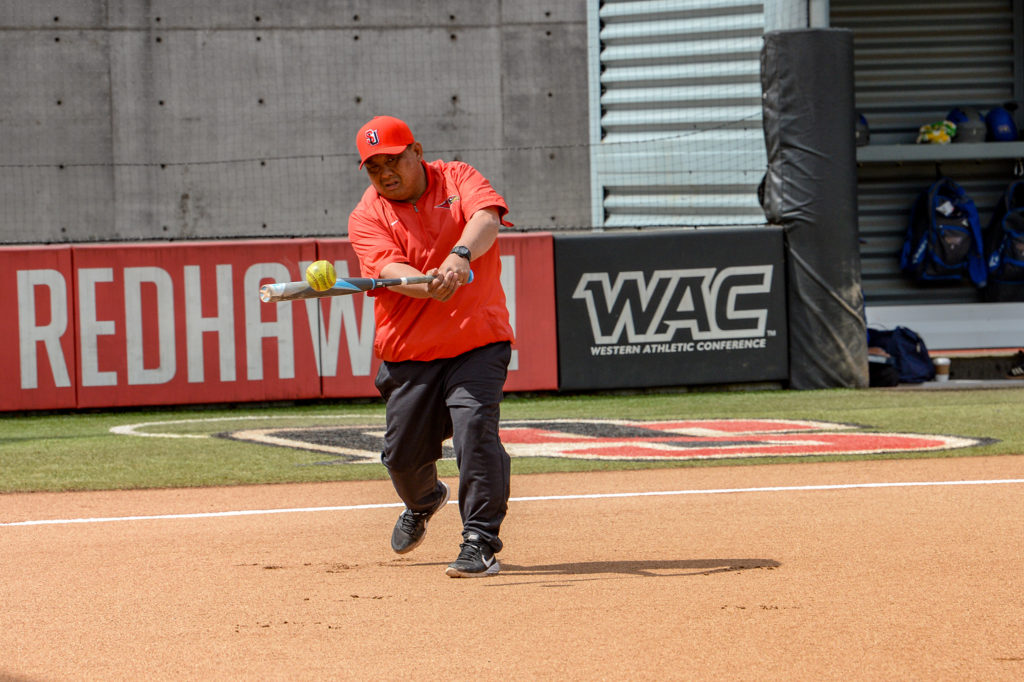 Geoff Hirai, who has been granted a contract extension as the head coach of Seattle University’s Women’s Softball team, takes a swing.

The 2018 softball season was full of records and firsts for the Redhawks. Hirai paved the way for Seattle U, setting a Division I program record with 33 games won. Madison Cathcart was named all-region, NFCA All-Region First Team, as a first baseman. Cathcart also set eight school records and was ranked top 12 nationally in six different categories in Division I play.

As the 2019 Seattle U softball season came to a close, it went down in the record books as a notable one. The Redhawks won 40 games; Of these 40 wins, the Redhawks beat out three NCAA tournament qualifying teams. The Redhawks went 15-3 in WAC conference play, winning all six series and garnering three sweeps.

Hirai explained that both himself and the team were feeling jubilant when they finally got the long-anticipated WAC tournament victory.

“There were all kinds of happy emotions. It was just a great moment for the program and especially for those seniors,” Hirai said. “They have worked so hard since day one. It was just great to see their faces and how happy they were.”

In the Redhawks’ opening debut in the NCAA tournament, the Redhawks fell to Mississippi State. The Redhawks came back and took a victory against Fordham for a 1-0 win in the eighth- inning, becoming the first WAC team to win an NCAA Tournament since 2015.

Hirai ended the interview thanking everyone, from alumni to current Seattle U students, faculty, and players. The continued support has not gone unnoticed, and the Redhawks look forward to many successful seasons in the future.