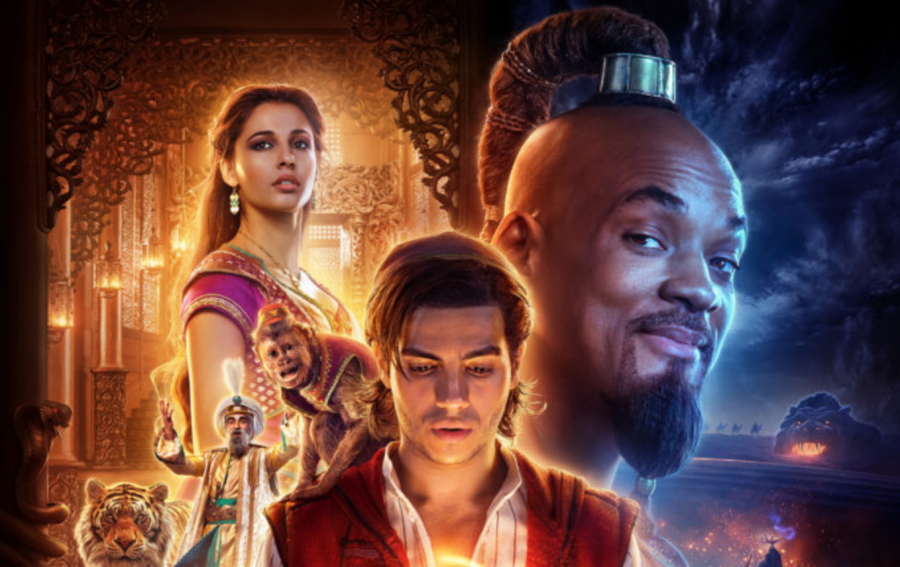 Another Disney remake has made its way onto the big screen. This time, Disney recreates a beloved classic, “Aladdin.” This movie comes just after the live-action remake of “Dumbo” and precedes that of the highly- anticipated “The Lion King.”

However, the new “Aladdin” movie made me a firm believer that the live-action remakes are unnecessary. The animated movies are classics, and there is nothing wrong with the existence of those movies.

This remake, directed by Guy Ritchie, has original songs from the 1992 classic, but it feels a lot more Broadway and all about dazzle, which makes sense because there is a Broadway adaptation that the movie draws on. When some of the songs came on, it took me out of the moment, simply because it was jarring. 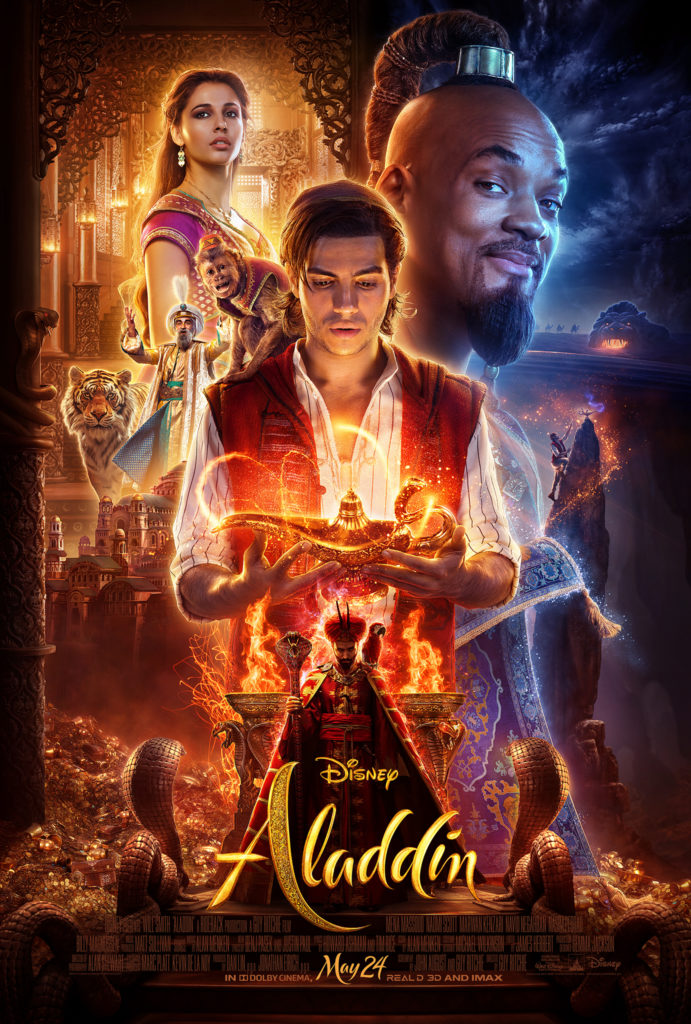 Princess Jasmine’s character had a bit more of a story in the new movie. Actress Naomi Scott did a wonderful job of giving Jasmine a new sense of herself. She seemed more powerful, especially in the new song “Speechless.” To see an exciting, powerful female character on the screen is always refreshing. Other characters were not so fun to see on screen, like the Genie and Jafar.

Everything about the Genie felt cheesy. Will Smith looked incredibly odd as a blue, CGI’d Genie. Luckily he shifts to disguise himself as a normal human in his natural skin at some points, which makes his character more compelling . However, Robin William’s Genie from the original movie is untouchable. Williams brought such life to the character. Smith’s was interesting, but it did not feel right.

However, at least the Genie was still an enthralling character. Jafar, despite being a villain, should have also been a worthy character, memorable and enjoyable to watch. Marwan Kenzari’s Jafar was boring. A movie should have an entertaining villain but Jafar was just alright. I truly don’t think it’s the acting—it’s that this Jafar was written poorly.

Thankfully, the hero of the story, Aladdin, was as charismatic as he was in the original. Mena Massoud did a great job portraying Aladdin as he went on his adventures with Genie to have Jasmine fall in love with him.

Massoud and Scott had great vocals that contributed to the film and the updated songs were fun. However, as mentioned earlier, some of them felt too showy. It makes sense though, as the visuals were also very showy.

The visuals were beautifully done in regards to the colors and the costumes in the film. Even though Jafar was a boring character, at least his costumes were not. The movie felt a lot more grand when compared to the animation, but at times, the film was overwhelming.

It was interesting to see the addition of a new character, Dalia, the handmaiden. She was a witty and cute addition to the film. To add to the depth of the plot, she even has a chance with romance in the film with the Genie.

One necessary thing to mention about the remake is its casting. All of the actors and actresses were fantastic, and I was appreciative of the fact that the cast was not just white. “Aladdin” is based off of “The Arabian Nights” story “Aladdin’s Lamp,” which has a Middle Eastern origin.

Representation in movies is incredibly important, so the casting of actors of color was great to see, especially considering white actors have and continue to play roles where the original story featured someone of color.

Overall, Ritchie’s “Aladdin” was interesting to watch. I think I would rather watch the original over the new rendition, but it was nice to relive the nostalgia and magical world of “Aladdin,” despite it being readapted. For the newer generation of Disney fans, I am sure it will be a great film because the live-action movies are now the norm. However, for older Disney fans it just did not feel right.

As it is an adaptation of the animated movie, there are some new points in the movie that some may enjoy more than others, but one thing remains: Disney keeps the magic alive even in a remake.