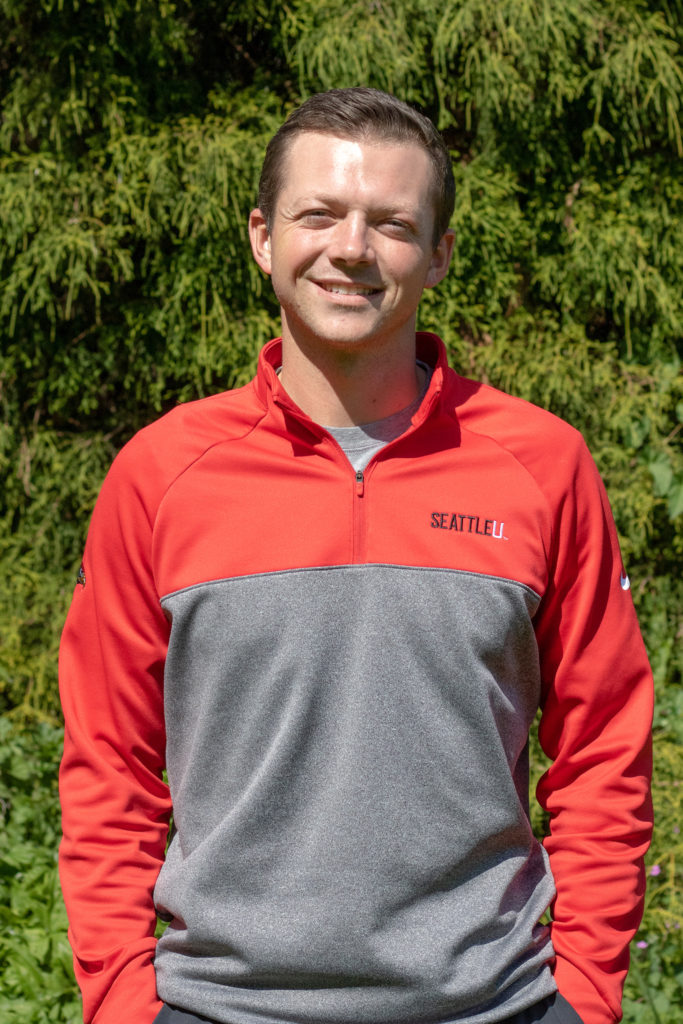 Zack Overstreet has had a distinguished career at Seattle U, starting off with being named WAC freshman of the year in golf and then shooting 6 under par 66 in the. WAC Championship in 2017.

Since his arrival at Seattle University three years ago, it would be nearly impossible to have a discussion about Western Athletic Conference (WAC) golf without talking about Zack Overstreet. Now a junior, Overstreet will graduate a year early and has earned his rank among some of the best golfers to ever play at Seattle U.

Overstreet made a name for himself early. As a first-year, he played in every event, was selected First Team All- WAC, and was named WAC Freshman of the Year. He was also part of the WAC Conference Championship team in 2017, shooting a six-under par 66 in the final round to lead the Redhawks to victory.

For some, the pressure of competing in a golf tournament may be difficult to overcome, but not for Overstreet.

Zack Overstreet has had a distinguished career at Seattle U, starting off with being named WAC freshman of the year in golf and then shooting 6 under par 66 in the. WAC Championship in 2017.

“I love to compete and love to win,” Overstreet said. “I love that feeling of knowing that everything is on the line and comes down to what I do. Under those pressure environments, I do really well.”

In addition to being an integral part of the team’s success on the course, Overstreet also fostered a positive and welcoming demeanor that encouraged closeness amongst the team.

“We all wanted to play with Zack in practice because he was such good friends with everyone,” Ben Gruher, a sophomore teammate said, also noting that Overstreet was one who “always led by example.”

Leading by example is something that Overstreet embodied on and off the course. While he was shooting low scores on the course with a 75.79 scoring average this year, his marks in the classroom remained high. As a finance major and Division I athlete, Overstreet said that he definitely had to learn time management skills.

Overstreet also noted that one of the biggest challenges he faced was the transition from high school golf—which is an individual sport—to Division I collegiate golf, which is a team sport. He said this also required him to develop time management skills.

If there was one piece of advice Overstreet could give to his first-year self, however, it wouldn’t be about time management. Reflecting on his past three years, Overstreet noted that he would tell his former self to “enjoy the moment more,” instead of looking forward to the future. That being said, Overstreet does have a lot of fond memories to look back on.

Many of the memories come from rooming with his teammate, Greg Gionfriddo, for his first two years.

“Zack was an awesome roommate. There wasn’t a day without a laugh,” Gionfriddo said.

Overstreet noted he will miss traveling to tournaments with his team the most.

“We enjoyed each other’s presence and we were able to joke around and be friends outside of golf, even though the reason we were there was to compete.”

Now that Overstreet is graduating, some may think that he will be leaving behind an empty space in the team.

“I’m not worried,” Overstreet said. “I know the guys now are prepared to compete in anything, and I know the recruits coming in will be really competitive.”

Gionfriddo noted that losing his co-captain will be tough, but he is optimistic about the future.

“I’m confident the team will be able to carry on because he left the team better than he found it,” Gionfriddo said.

Overstreet’s effect on people goes far beyond just his golf team. He also participated in and became a leader of Alpha Omega, a campus ministry group that spans across a variety of universities and is part of a local church. Overstreet led weekly Bible discussions that included “motivating and calling each other higher.”

Tom Masters, a senior and member of Alpha Omega, said Overstreet leads by example in this group as well.

“Zack is a really strong person who embodies a generally peaceful personality,” Masters said. “he knows what he’s living for.”

While it’s hard for Overstreet to leave a community he has been part of for three years, he is looking forward to the future. He is getting married to his longtime girlfriend and now fiancée, Lacey Sheldon, who is also a college golfer for Western Washington University. They are getting married on August 11. From there, he will move to Bellingham and the two will decide where they want to live full-time.

Overstreet will always be a name that Seattle U athletics will regard with pride. Although this is the end of his college golf chapter, he has helped put Seattle U golf on the map and paved the way for fresh talent to come in and build an even better team.