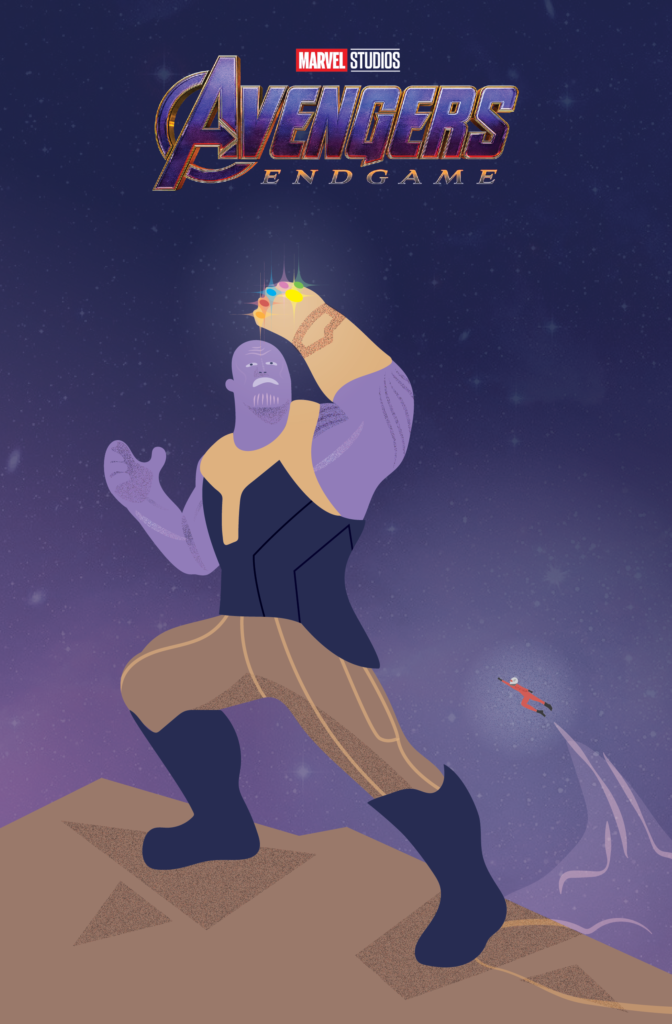 It’s finally here. The culmination of 21 Marvel movies and 11 years rests on “Endgame”’s shoulders. Picking up where “Infinity War” left off, the original six members of the Avengers – Iron Man, Captain America, Thor, Black Widow, Hulk, and Hawkeye – are left to pick up the pieces in the aftermath of Thanos’ infamous snap.

Downtrodden and almost out of options, the Avengers go for an all-or- nothing gamble to reverse the outcome of the snap. The hype surrounding this movie is unreal. The big question is, does it deliver?

Brothers Joe and Anthony Russo return to the director’s chair for their fourth Marvel film and to continue their streak of brilliance. The Russo brothers masterfully thread multiple story plot lines together and should be given credit for making a three-hour movie not feel long and drawn out. They also do a great job balancing the classic Marvel humor with a much darker tone. It didn’t feel overserious or that they were taking things lightly. A huge plus for “Endgame,” though, is that it’s a more focused piece than “Infinity War.” “Endgame” has a more straightforward story, focused on one group of characters which allows for a more in-depth development of the original Avengers. The movie’s pacing takes its time to build up to the finale which–when it happens–is one of the best final showdowns ever put to screen. It delivers on everything that it promised to be for the ages.

Another difference from “Infinity War” is that “Endgame” is much more character-driven. Across the board, alltheactorsfilltheirrolesextremely well. Chris Evans as Captain America is given much more to do in “Endgame” than “Infinity War” and Robert Downey Jr. excels as tortured genius Tony Stark.

All the other original Avenger actors, return and fill the roles they have been playing seamlessly for years now with the newest addition, Brie Larson, playing Captain Marvel adds a new dimension to the Avengers. For me, the huge standouts are Jeremy Renner, giving his best performance in the Marvel Cinematic Universe (MCU), as Clint Barton/Hawkeye and Karen Gillan as Nebula, trying to write the wrongs of her past. Renner expertly plays a man who has so much to avenge and is on a mission to hunt down those who have wronged him and Gillan is incredibly convincing in trying to find place where she belongs. Hawkeye and Black Widow, played by Scarlett Johansson, excel on screen together and have one of the emotional scenes in Endgame.

Another huge aspect of this movie was the fan service. Sometimes fan service can feel like it bogs down a movie, but this almost felt like a thank you from Marvel to its fans for the journey that they have embarked on with them ever since the beginning of MCU as well as tying the fan service into the plot. Every Marvel and MCU fan will find something in “Endgame” that reminds them where it all started.

However, there are some things in this movie that don’t add up. The timeline of the MCU is manipulated, leaving you with questions on the logistics of what happened. Thanos is also given a lesser role in “Endgame” which is a crying shame as Josh Brolin’s villain was one of the best aspects of “Infinity War.” In “Infinity War,” you really understood Thanos’ motives, which made him a compelling villain, but he’s mostly in the background of “Endgame.”

However, a positive aspect of Thanos is the addition of Nebula to the Avengers, which gives a new insight into Thanos and brings his arc full circle as well as creating a more seamless transition between the Avengers and Thanos.

But how does “Endgame” end though? I can say with great enthusiasm that “Endgame” sticks the landing perfectly. All character arcs are ended in such a satisfying way that it’s impossible for a smile to not appear on your face.

The emotional impact is palpable as well. While I didn’t cry, my eyes did get a little watery at the end. Having followed these characters for over 11 years, it gives me great joy to see all the characters I’ve grown up with and watch their stories wrap up. “Endgame” is a great combination of character development and action, mixed with heartfelt emotion and surprises, that takes the baton from “Infinity War” with aplomb to finished the Infinity saga with a flourish.

If you’re a fan of the MCU, you certainly won’t be disappointed with what “Endgame” has to offer.