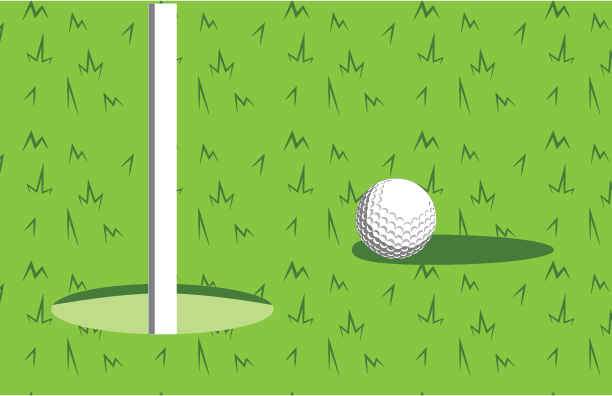 The Redhawks put themselves into a good position after day one of the WAC Golf Tournament on Saturday, April 27. Junior Zack Overstreet tied for sixth place, recording an even- par of 71. Sophomore Gabe Spach earned himself an eighth-place spot, rounding up a score of 72, putting him +1 over par. First-year Jack Rahon and Junior Greg Gionfriddo finished with the same score +3 over par (74). First- year Nathan Cogswell finished close behind at +5 over par (76).

The Redhawks improved their overall standing in day two of WAC tournament play, as they moved up one spot into third place, sitting nine over par. Three Redhawks made improvements from their day one results. Cogswell led day two for the Redhawks as he went two under par, collecting a score of 69. Rahon improved his score to 72 (+1), Gionfriddo shot two over par with a 73, and Overstreet shot a 75 (+4).

“We put ourselves in a good position to win, but just coming down the stretch was a little tough,” Cogswell said.

“He told us that there was really nothing to be afraid of or hold back on the next two days, because if you win the tournament as a team, you get to keep playing and get to go to Regionals,” Cogswell said. “He said if that’s what you want, you have to go out and give it everything that you have and make sure you play as well as you can, so that kind of motivated us.”

Seattle U maintained their momentum going into the final day, as they finished in third place. Cogswell ended the day with a 71, nabbing eighth place in the WAC individually. Overstreet and Gionfriddo shot a +1 over par (72), Spach went +5 over par (76) while Rahon followed close behind going +8 over par (79).

Cogswell said the team did pretty well during the three-day tournament. “Obviously, we wanted to win. We played against all the teams in our conference a few times during the year, we know we can beat all of them.” Cogswell said, “It was a little disappointing to come up short, but I think all of us played pretty well.”

The Redhawks finished their weekend with a combined score of 868, going +16 over par.