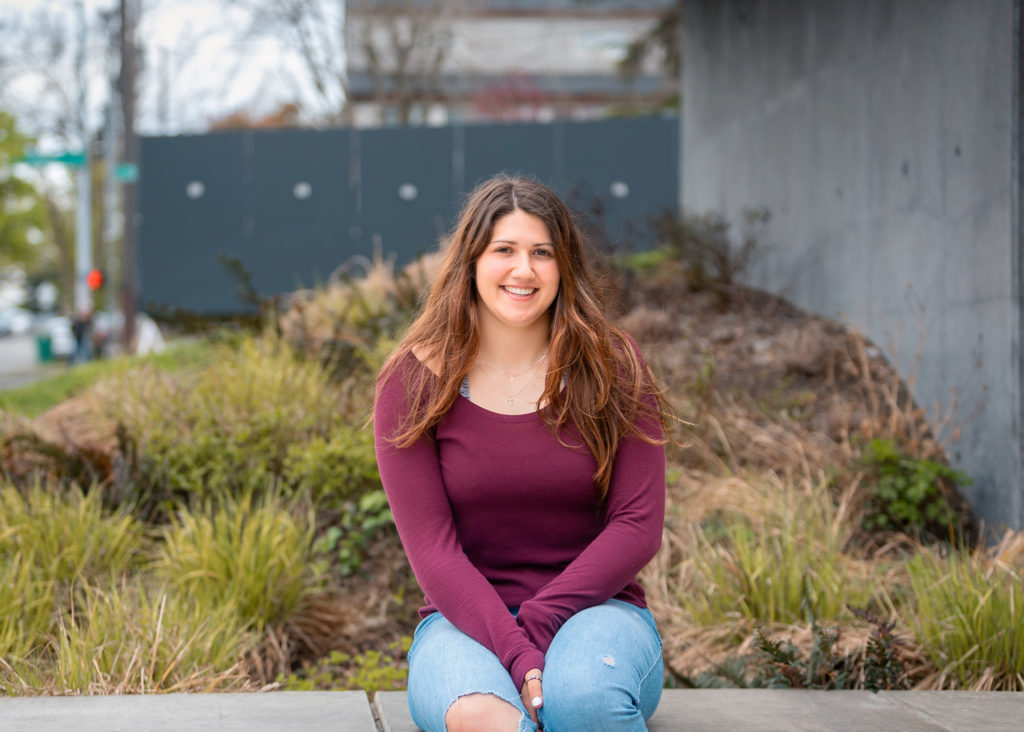 Shianne Smith has put together an impressive sophomore season for the Seattle University Softball team. In 81.1 innings pitched, she has racked up an impressive 85 strikeouts, the fifth most in the Western Athletic Conference (WAC). This past Saturday, she tied a Seattle U single-game record when she struck out 12 batters. The right-handed pitcher has earned six wins and picked up one save so far this season and has been a key member of the dominant Redhawk pitching staff.

NG: How has the team dynamic been this year?

SS: It’s awesome. We have one of the best teams from what I’ve heard—and I’ve only been here a year. I have an inside joke with every single person on the team and I know everybody so well. It’s really cool, and we want to hang out with everybody on our off days. We want to see each other and see how everybody’s doing. We care a lot about each other and this is like a sisterhood we will keep for the rest of our lives.

NG: Congratulations on winning WAC Pitcher of the week! How did it feel winning your second Weekly Conference Award, and has it motivated you?

SS: It’s cool to win the award, and I’m very thankful I won. This sounds bad, but I don’t really notice how many strikeouts I had or any of the statistical stuff. I don’t know anything until Brian tells me after the game. It was awesome to win the award and I was really surprised when I won it because I thought there were so many other people that did great that weekend. I’m very appreciative and honored, and it motivates me to be better for my team. I want to do what I do well so my team does well. I don’t care if I ever win an award—I want my team to do well. I care so much about the team.

NG: Do you think having home games has been beneficial for the team?

SS: I think it has because we’re used to everything and we know the Seattle weather. It’s hard for other teams coming in and being really confused about what to expect.

NG: Do you have any team goals for the remainder of the season?

SS: Obviously we want to win the WAC Championship. We want to play up to a high standard.

NG: How do you keep yourself motivated throughout the year, especially since softball trains year-round?

SS: I think something that keeps me very humble is that I’m a part of a church group. I’m one of the leaders here on campus, and it keeps me humble on good and bad days. It takes me back to my roots. Also, being with the team is so awesome. I can go to anybody and we can vent for five minutes and then we’re good, and the other person picks us up right away.

NG: Do you have a favorite pre-game food, song, or any special rituals?

SS: I have a playlist I listen to beforehand. I’m very superstitious, so the night before I have to eat the same—I carbo-load. Then in the morning I usually do yoga, have my coffee, and make sure I’m myself before I even walk into where we’re warming up. That’s something that’s really important to me.

NG: Lastly, do you have a favorite memory with the Softball team?

SS: I think that being a part of the New Mexico game was really cool. We went 10 innings and everybody was being completely themselves. We always support each other, and knowing that our training up to then paid off was so cool. Seeing our training pay off and because they’re our rivals, it was cool seeing everyone fight and be so positive and loud and live up to our expectations.

Softball has three remaining road games against Grand Canyon University and will then return home for the final three games of the regular season—all against California Baptist University—on May 3 and May 4.