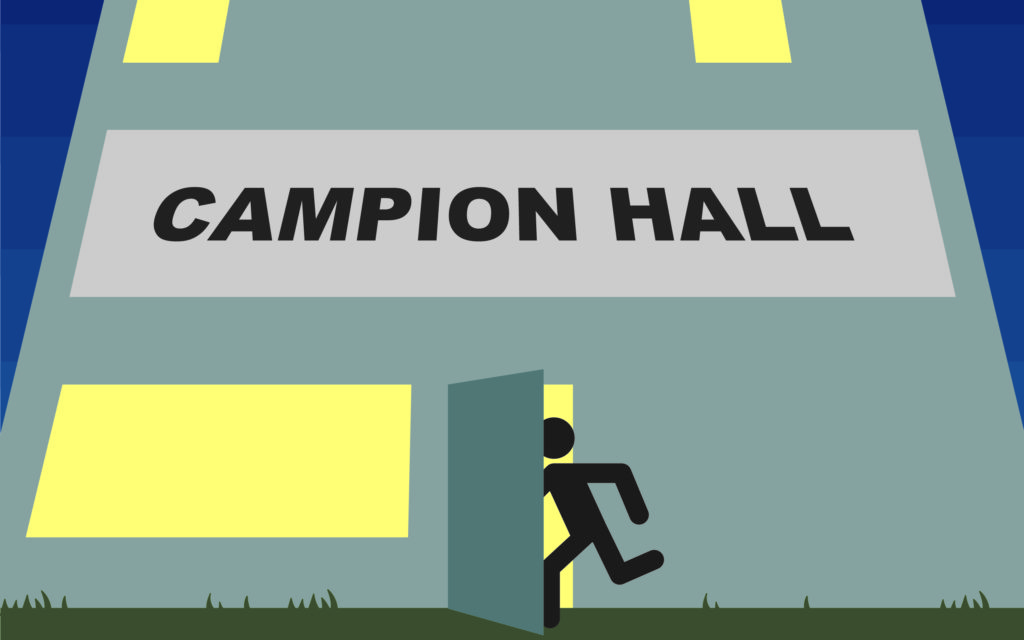 In the second break in to Campion Hall in the 2018-19 school year, a suspect broke into the Cave and was later in a student lounge, hours after Public Safety officials searched the building for the individual.

On April 4, Seattle University Public Safety found the suspect who had broken into the Cave asleep on the eighth floor of Campion Hall hours after the break-in. At approximately 1:12 a.m., Public Safety was informed of a security alarm activation from the Cave in the basement level of Campion Hall. When they arrived at the scene, they observed that a window on the east side of the building had been shattered. 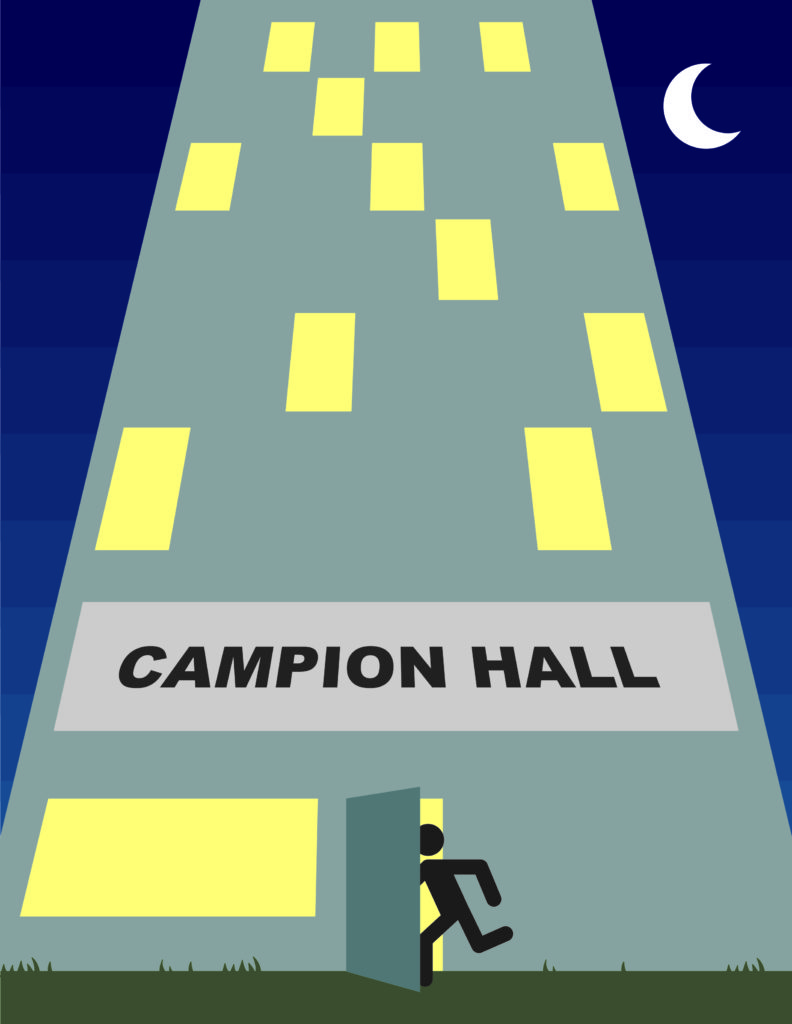 Upon this realization, they contacted the Seattle Police Department (SPD) and conducted an internal check of the area and residence hall. When the police arrived, Public Safety received a report that the suspect may have potentially entered the north stairwell.

Public Safety reviewed camera surveillance footage and it appeared that the suspect had exited the north stairwell and made his way towards Murphy Garage. Officers then proceeded to check that area. Public safety searched Campion Hall and checked both stairwells in the building but were unable to locate the suspect.

They then boarded up the windows and secured the space, while continuing to review video surveillance. At this time, they noticed that the subject was in the tea garden area earlier in the night and were able to get a clear description of him.

The individual who they believed was the suspect did not match the description. Around two hours after the alarm was set off, the public safety team on duty went back through the building.

Upon arriving at the eighth floor they realized that the door had been taped so that any individual could have access to the floor. The locking mechanism was not able to function properly as it was taped over the latch so the door could not lock.

When Public Safety checked the lounge on floor eight, they found that the door was closed, and the suspect was sleeping on the floor of the room. At that point, they contacted SPD and secured him in the lounge until they arrived.

Craig Birklid, the director of public safety informed The Spectator that Public Safety has had other incidents with the suspect in the past.

This individual had previously broken into the building in December of 2018 in an attempt to steal computers from The Spectator office.

Public Safety did not see the suspect the first time they conducted an investigation of the building as he was sleeping behind a couch. They also did not realize that the door from the stairwell to the eighth floor had been taped over.

“I don’t know how common it is for the doors to be tapped over but it is definitely a concern that our team will be focusing in on,” Birklid said.

At 3:28 a.m., Public Safety sent an email to the Seattle U community informing individuals that a break- in had taken place in Campion at the basement level. At 9:48 a.m. another email was sent out, updating the community on the events that took place after the break-in.

“Timely warning notifications are federally reported crimes that go out as soon as we have information that can be shared, but emergency communication is immediate situations that students need to be aware of straightaway to keep them safe,” Birklid said.

All resident rooms have doors that automatically lock, so when investigating, the department keeps that information in mind. Public Safety checks all areas open to the public such as lounges and restrooms. Building monitors and student staff are meant to be checking the floors on an hourly basis to check things like stairwell doors and fire equipment.

Pamela Gonzalez Wheeler sent out an email two days after the incident to assure students that safety is her top priority as the area coordinator of Campion and from the Campion leadership team.

The email addressed ways that the Campion Hall community could offer support, how residents should support each other, and personal ways for students to support themselves.

“Campion’s staff team cares very much for our residents, and their safety is our top priority. We have the privilege and responsibility of facilitating a sense of belonging through the intersection of safety, fun, and growth and we implement this through various methods regardless of specific incidents,” Wheeler said in an email statement to the Spectator.