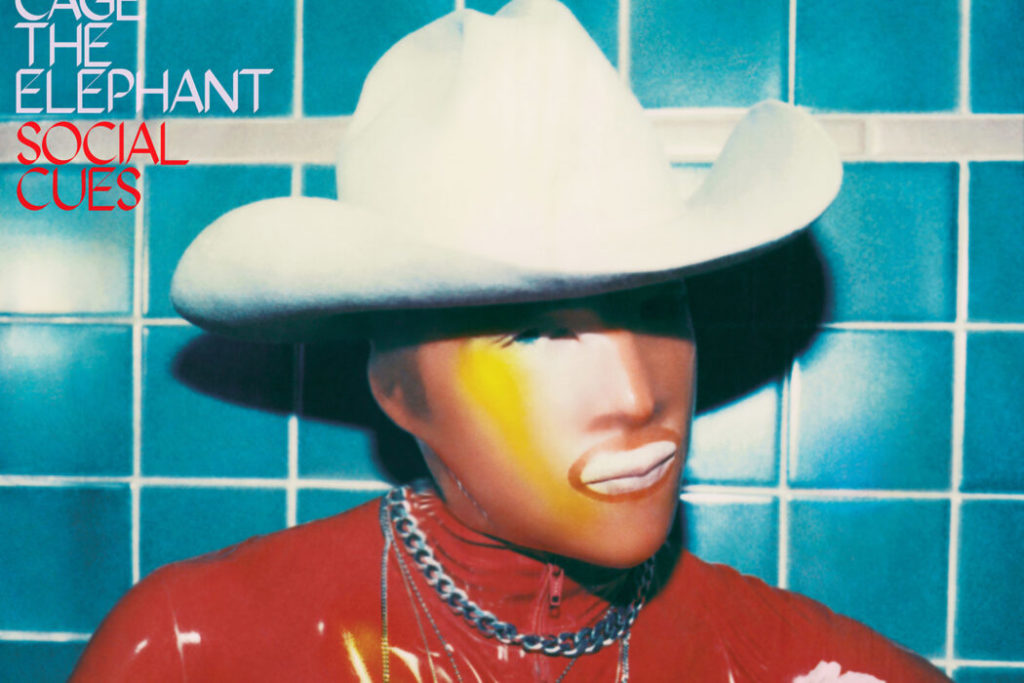 COURTESY OF PANCAKES AND WHISKEY

Cage the Elephant fans have been patiently waiting four years for a new full-record, and the band lifted everyone from that drought with the release of their fifth studio album, “Social Cues” on April 19.

Heavy emotions are not a new area for the band, but lead singer Matt Schultz’s recent divorce set a dark mood for the 13 tracks. The songs bounce between the emotions of unwinding a relationship and the murky moments of fame.

While still reminiscent of their original style, this newest album has adopted a more pop and classic alternative sound. Known for their experimental music and noisy, rowdy shows, this album gives listeners a different experience. Long-time Cage fans might find this disappointing, but Schultz’s powerful vocals and lyrics coupled with the bands’ strong instrumentals prove this album will be another success.

Opener “Broken Boy” had a lot to live up to, compared to the first tracks of previous albums. With a catchy chorus that highlights Schultz’s vocals, it is a standout that gets the album going. Lively and upbeat, the song pairs well with “Tell Me I’m Pretty” album’s “Mess Around.”

The next song is the album’s namesake.“Social Cues” expands on the theme of being in the spotlight. The post-chorus repeats “At least you’re on the radio.” Following the lines “Don’t know if I can play this part much longer,” it directly comments on the pressures and expectations of celebrity status.

“Black Madonna” is one of the best tracks on the album, and it is followed by “Night Running” which features Cage’s co-headliner this summer, Beck (the tour will stop in Washington on July 11 and 13). This track is more up Beck’s alley and has a sound reminiscent of Arctic Monkeys’ style.

Combining Schultz’s battle with fame and heartbreak, the meditative tone of “Skin and Bones” explores the evil he faced when attempting to escape the various vices of celebrity status. “Ready to Let Go” was the first single off this album and fans have had plenty of time to listen to it on repeat.

“House of Glass” reminded me more of Cage’s experimental grunge vibe. The second single to be released, this track is a throwback to earlier albums as Schultz alternates between screaming and mumbling the lyrics in an unsettling but fascinating manner. The repetition of “Smile for the camera, repeat and do it over” is haunting in Schultz’s monotone voice.

The album hits a rough spot in the middle, with tracks “Love’s The Only Way,” “The War Is Over,” “Dance Dance,” and “What I’m Becoming” all seemingly quite forgetful. They feel curated and repetitive, with a lack of originality in some of the lyrics. “Social Cues” definitely had a strong start, slowed down in the middle, but revived itself at the end.

The last two tracks, “Tokyo Smoke” and “Goodbye” are again, some of the best on the album. The instrumentals of “Tokyo Smoke” are original and evoke memories of a darker version of “Melophobia.” Another haunting set of lyrics are developed flawlessly by Schultz, once again encapsulating his struggle with his public image: “My public smile, my double face, half in the light, half in the shade.”

At this point, I think I’ve listed more than half of the tracks on this album as my favorite, but for anyone in love with “Cigarette Daydreams” ( pretty much everyone), “Goodbye” is another painful and beloved song. The music video for “Cigarette Daydreams” featured Schultz’s wife, and “Goodbye” is a direct message to the end of their relationship—it also happens to end the album.

Schultz’ relationship did not burn out quickly, as noted in one of the verses: “So many things I want to say to you, so many sleepless nights I prayed for you.” Some of the most powerful and sad lyrics come immediately after: “My heart’s an ashtray and I lost my mind, you bring the smokes, I’ve got the time.” These lyrics feel like a callback to “Cigarette Daydreams” and putting out smokes in the ashtray of Schultz’s heart evokes a strong sense of pain through this brilliant writing.

While “Social Cues” was not what many fans expected, I disagree with critics who claim the band played it safe and did not deliver. The lyrics are as powerful as ever and Schultz’s vocals continue to deliver. For listeners only familiar with “Ain’t No Rest For The Wicked” and “Cigarette Daydreams,” “Social Cues” will deliver other evocative and meaningful songs. And for long-time fans, Cage the Elephant’s growth over the last 11 years has been fun to watch, and this album features tracks with earlier sounds and others with a new style we haven’t heard from Cage before.