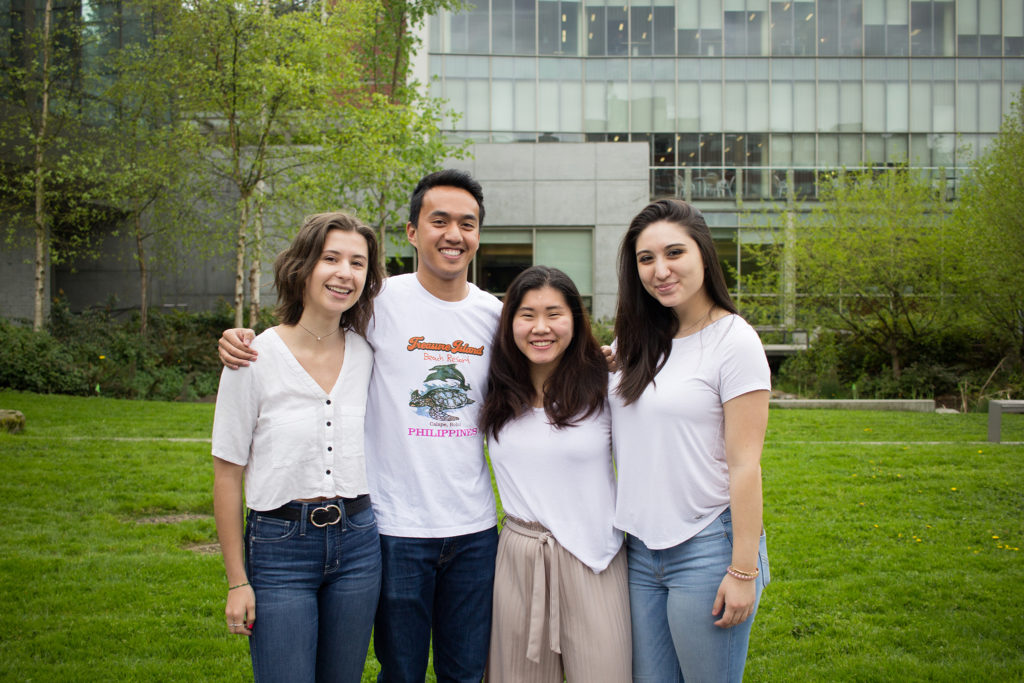 As we quickly approach the end of the 2018-2019 academic year, the 2019-2020 SGSU Spring election has come to an end and the representatives have been decided. All students ran unopposed this year, and the new elects are as follows:
President: Jess Juanich 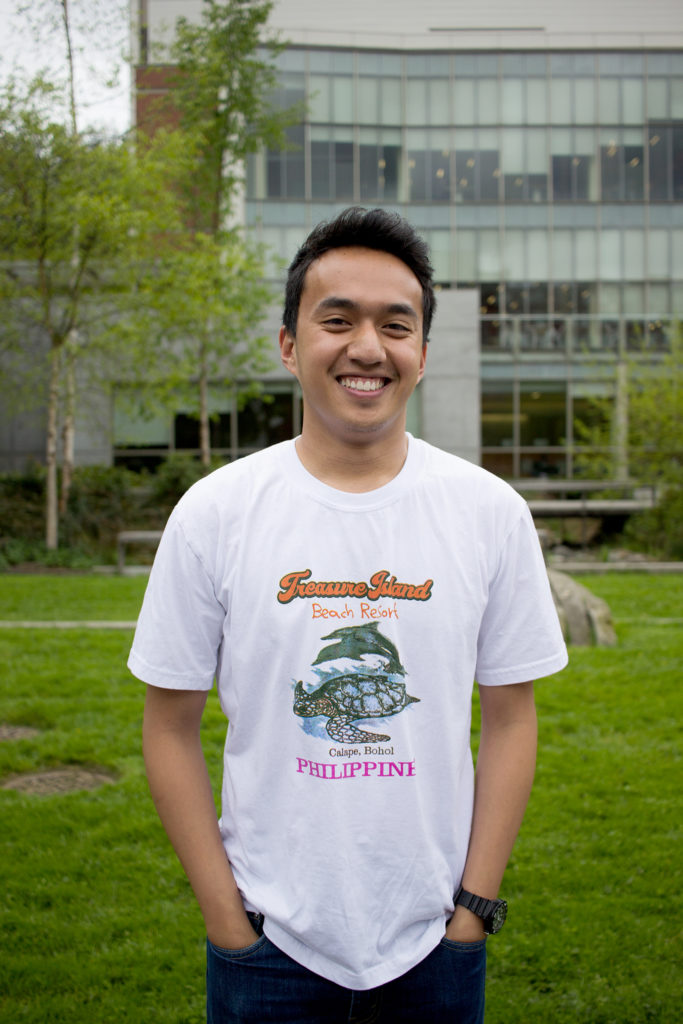 Jess Juanich is a third-year student who is double majoring in public affairs and political science. In the 2018-2019 academic year, he was elected Executive Vice President.

Juanich felt motivated to run for this position after analyzing how underrepresented students feel on campus. This propelled him to strive for change and address the challenges that our campus is struggling with.

“Being on SGSU for the past three years, I have noticed where we tackled these subjects head on and where we fell short. We haven’t been meeting a lot of the things that students want from SGSU, administration, and faculty,” Juanich said.

Juanich plans to make SGSU a cohesive team. He also wants to make sure that SGSU communicates effectively with the rest of the school so that organization is visible to all students.

“I am excited about the executive team because three-fourths of us are female. I’m a first-generation student, and I think that’s very telling of where we’re going as a team for next year,” Juanich said.

Juanich plans to advocate for a first-generation scholarship and also for undocumented students. After reevaluating the State of the Undergraduate Student Survey (SUSS), SGSU noticed that there was a demand for such representation. He plans to reach out to Office of Multicultural Affairs and Student Development to begin conversations on this topic.

Juanich wants to encourage those who have not been on the team before to participate in SGSU because he wants to make sure that the organization is more inclusive of the voices that are not currently on the table.

He wants to make sure that SGSU understands people’s needs and that everyone on campus feels accounted for. In this position of power, he will hold himself accountable and best address everyone’s needs to better establish a community.
Executive Vice President: Marrakech Maxwell 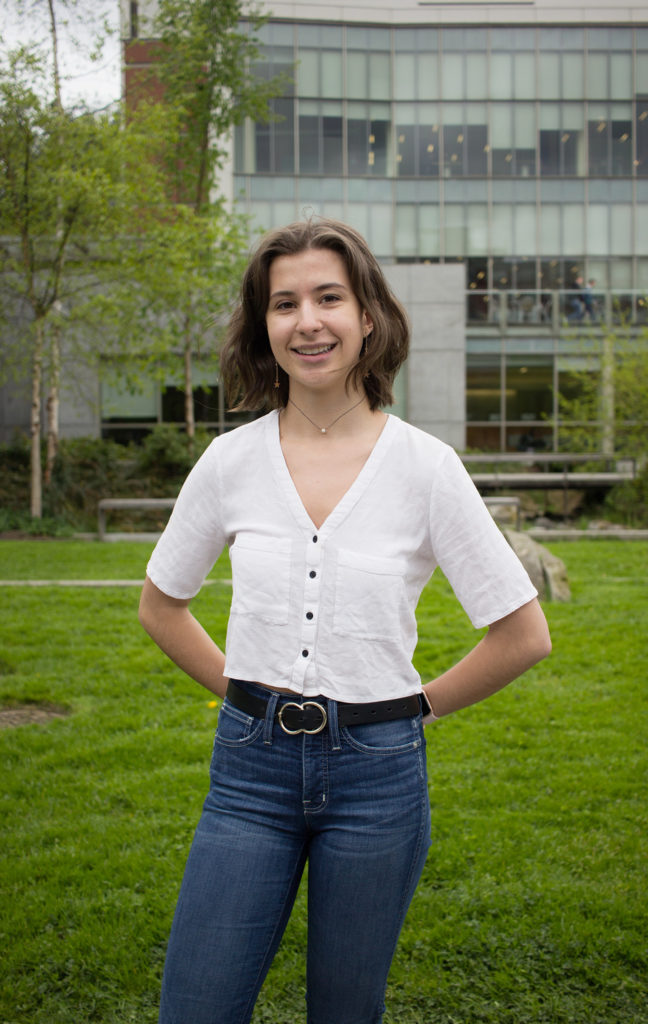 First-year Premajor Marrakech Maxwell is currently one of the first- year representatives and will become next year’s Executive Vice President.

She is looking to ensure that all students have a voice on campus. She also wants students to know that SGSU is a place for students to share their ideas, opinions, and concerns.

“I sometimes felt frustrated, because as a first-year, I was still learning a lot of things which took up a lot of time. Now, I have begun creating a proposal for an event that is essentially ‘TED Talks’ for students at Seattle U,” Maxwell explained.

These events will be called “Hawk Talks.” They will ensure that students have the opportunity to present topics that they feel are important or topics that they are passionate about to the school.

The Executive Vice President position focuses heavily on the internal relations within SGSU and Maxwell wants to make sure that the organization has a strong foundation. Then, she will begin working to ensure that the rest of the campus is knowledgeable on SGSU’s influence. 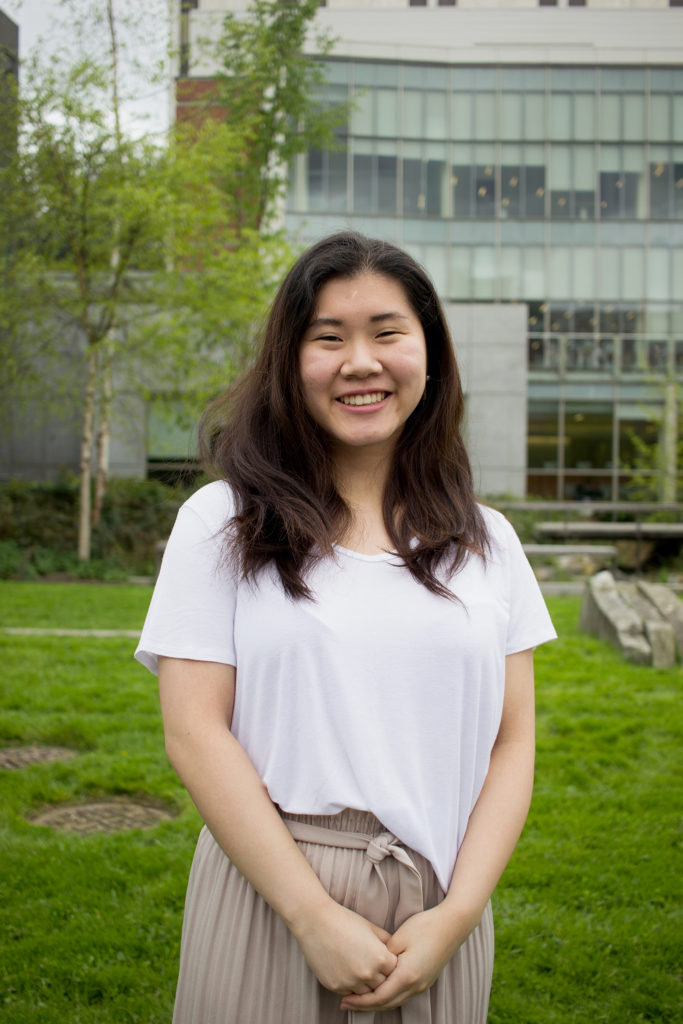 “I am really into finance and so I feel like this position really fits me,” Ozawa said.

A goal that Ozawa has set for next year is to reach out to clubs on campus to find out how to make club appropriations more accessible for the clubs and how she can help them understand the process. She will then take their input and in turn, make the process easier.

Ozawa likes to break down the position into three main responsibilities: club appropriations, budget transparency, and financial literacy. She plans on making these three aspects her focal points for next year.

She is also looking into holding financial literacy workshops as a resource for club leadership members and students in general.

“I have grown throughout my current position and in the future, if I can not only help myself grow but also help other people grow, then I will be content,” Ozawa said.
Vice President of University Affairs: Nicole Harrison 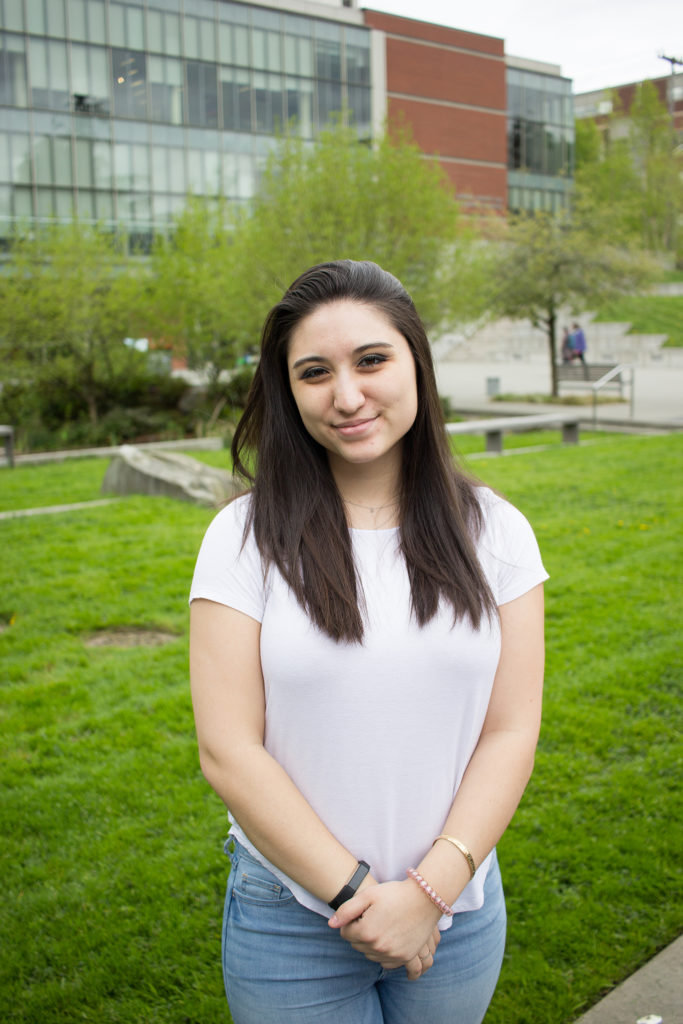 Nicole Harrison does not currently hold a position in SGSU but was inspired to join because she is on the University Core Curriculum Executive Committee.

As a UCOR representative, the third-year worked with the university affairs committee and the current VP of University Affairs. As a result, she decided she would like to continue working on the same project next year.

One of Harrison’s goals for next year is to go to as many club meetings as possible to talk to the leadership and their members. She wants to help clubs with their impact on the university by speaking directly with administration, the academic assembly, and the provost with this position.

“There are so many different clubs on campus with goals they want to achieve to better the university and SGSU is a great avenue for them to achieve those goals, so as the VP of University of Affairs I want to be their avenue to talk to the people who need to approve these things,” Harrison said. “I’m hoping I can help expedite the lengthy process of getting things approved on campus, that way students can achieve what they want to in their time at Seattle U.”

“I feel we’re not really working to our full potential and I think there are a lot of structural issues within SGSU,” Wielgos said. “Everyone ran unopposed, so we really don’t have a mandate from the students. As student representatives for the school, I think it’s up to us to make sure we work to truly represent the students.”

Wielgos plans to continue his work to make SGSU truly a representative body. He plans on reaching out to students and is planning an SGSU listening tour. Throughout this tour, he will go to different clubs and explain what SGSU is. He will also listen to the concerns of students present at those meetings.
Multicultural Representative: Alvaro Vazquez
First-Generation Hispanic student Alvaro Vazquez is the current first- year representative and is also a part of the finance committee.

“I definitely want there to be a stronger connection between SGSU and OMA, the outreach center, or any other culturally based clubs on campus,” Vazquez, a first-year business and analytics double major said.

He was intrigued by the role as a member of the Connections Leadership Program (CLP) and has been active with the Office of Multicultural Affairs (OMA).

“Because of my role as a first-year representative I feel more inclined to reach out to people to gain their perspective on certain situations,” Vazquez said. “It has also pushed me to be as involved as I can on campus by participating in many clubs, I also just enjoy seeing what our campus is all about.”
Senior Representative: Patrick Donaldson
Patrick Donaldson, a third-year political science major and Japanese minor, is involved in SGSU as one of the At-Large Representatives. He is studying abroad in Japan for the spring quarter.

Murphy believes that SGSU can best serve students when students engage with them. She says she hopes her fellow juniors and other students will reach out to her in the coming year.

Murphy also mentioned that she plans to hit the ground running after reviewing student feedback from the SUUS.

“I want to work on issues that students care about and support student initiatives that already exist on campus,” Murphy said.