Running With Reason—Seattle U Alumni Spotlight 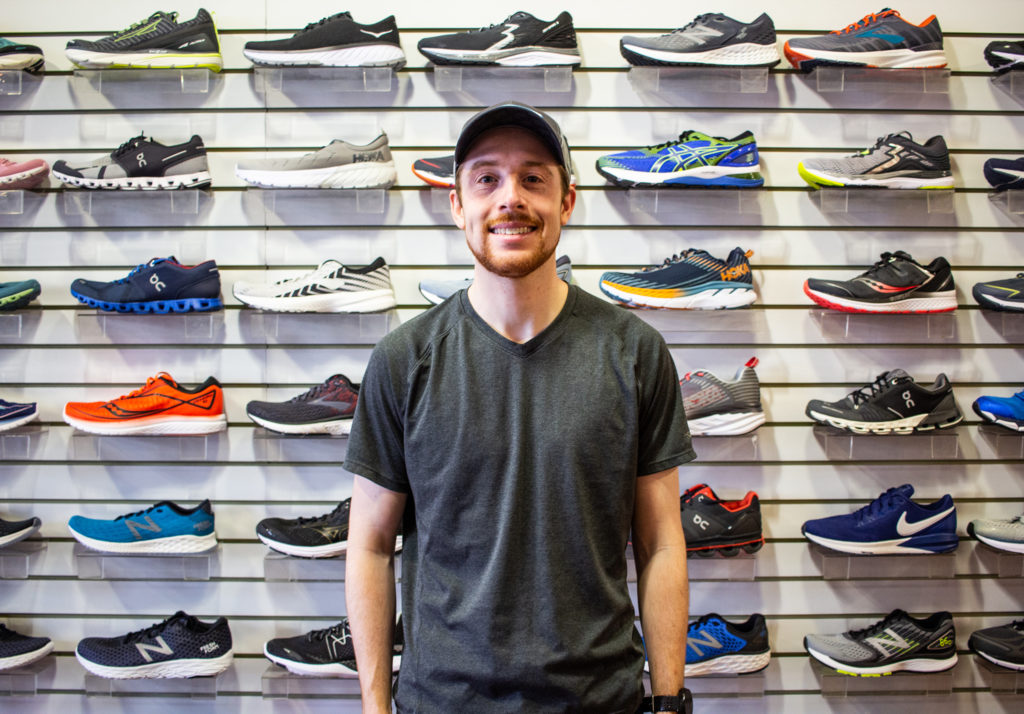 “Fleet are the feet, serene in the spirit of the runner.”

Seattle, despite its seemingly constant drizzle and overcast weather, is home to many passionate runners, including Dan Auld—manager of Fleet Feet, a locally owned running store located on Pine Street in bustling Capitol Hill.

Auld, a member of Seattle University’s 2012 graduating class, was also a part of the Redhawk’s Cross Country and Track and Field Team. A biology major, Auld never really had a true vision of what his future career path held; however, he knew he had a passion for running from a young age.

“I grew up in Eugene, Oregon, which has a famous running scene. It was something I was drawn to from an early age. I’ve been running pretty much my entire life,” Auld said.

Running came easy to Auld, as did his interest in science—hence the degree in biology. The correlation between running and the science behind it appears logical, but where does managing a local running store come into play? To Auld, the similarities are subtle but evident nonetheless.

“It correlates in an odd way. Knowing a lot about the body and how the world works in terms of different systems interacting gives you a good foundation to learn about different running biomechanics and the body’s response to different stimuli,” Auld said. “Science is a great foundation for working in the running industry and being a logical thinker really helps.”

The experience as a collegiate student-athlete with no distinct post-graduation plans, then turned store manager, has been gratifying for Auld.

“I turned my hobby into a career. It’s been a great experience so far.”

Backtracking to his college days, Auld noted how the school itself provided him with the necessary skills for his current job at Fleet Feet, where he not only handles ordering shoes, apparel, and running gadgets, but engages with customers daily. As an initially unanticipated job opportunity, Auld is thankful for the connections the school provided him with.

“After I graduated, I didn’t know where I wanted to go. My emphasis was in ecology, but my Coach Trisha was really good friends with the owner of Fleet Feet. Trisha thought of my brother and I as great options for employees, so we interviewed and that’s how I started—it was from my connection through Seattle U Track and Field coaches.”

But why did Auld decide to leave behind Eugene and its historic running trails in the first place?

“I was drawn to Seattle University because it’s a very similar size to my high school,that appealed to me in terms of one-on-one time with professors and getting to know people in my major…It was a great program.”

He was also able to bring an aspect of home with him to Seattle—continuing his successful running career. When reflecting back on his collegiate running days, he has nothing but fond memories.

“I always felt like I had people to go to,” Auld said.“School was great, but the running was what made it even better. It’s really nice because you build a community right from day one. My coaching experience was great—Trisha was my coach and is still a mentor to me.”

Nowadays, Auld incorporates his experience with running into his life—and job—in different ways.

“I knew about running, but there’s so much more than just the track and field aspect of it. I walked in thinking I knew a lot, but I knew nothing. My background helped because I had a personal way to talk to customers and my experiences were valuable in allowing me to learn more things.”

Auld, after becoming more knowledgeable about the running industry, quickly moved up in the ranks and after just six months became an assistant manager. He was involved in more of the managerial aspects involved in the functioning of Fleet Feet but was still able to experience what he loves most about the job: the people.

“My favorite part of working at Fleet Feet is having a lot of interactions with a wide variety of people. We call it retail, but it’s really specialty. You get to spend one-on-one time with people. We’re obviously helping them with running-related gear, but my favorite part is talking to people about their life.”

Auld, as he put simply, is getting paid to do what he loves.

“The rest is history.”