The Odd Kids Win Battle of the Bands Competition 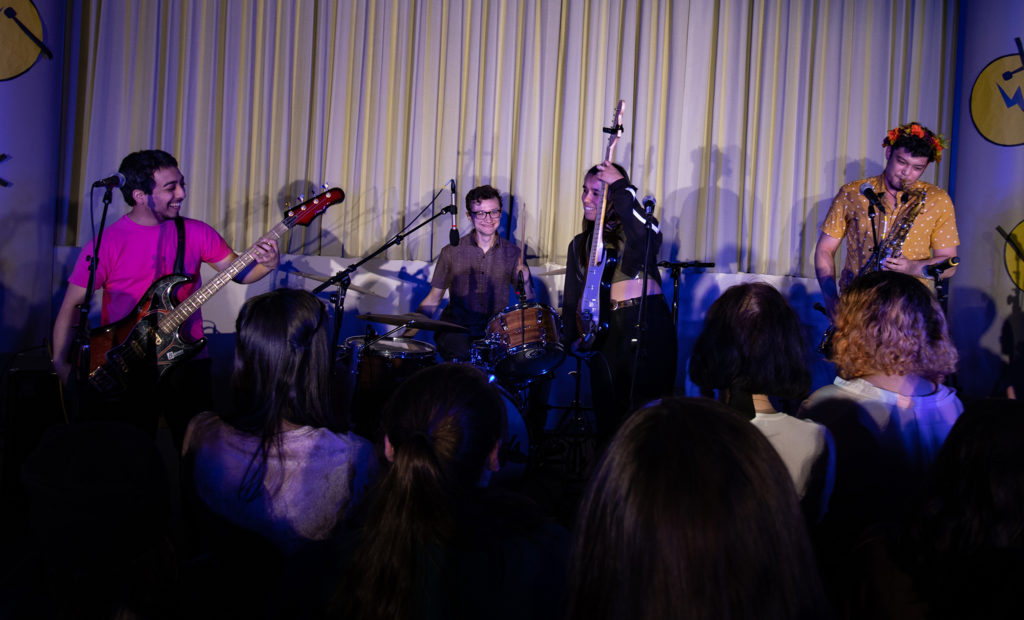 The Odd Kids perform their varied brand of indie-soul and eventually won the battle of the bands contest; they are set to play at Quadstock later this spring.

From an indie-take on the banjo, to Surf-Punk, to pulse-pounding EDM, this year’s Battle of the Bands showcased a sound for everyone’s taste—and each band performed outstandingly.

Despite postponing the event due to extreme weather conditions during Seattle’s Snowpocalypse, this year’s Battle of the Bands drew out a sizeable crowd that was treated to a surplus of talent. Battle of the Bands Coordinator Mackenna Herzog was amazed by the talent that all of the applicants showed during auditions.

“With everybody that came in, we ended up having six really solid ones,” Herzog said. “Originally they were saying around four to five was a really good number, but there are six rock solid bands. If you told me to cut one of them, I don’t know who I’d pick.”

Armed with a banjo and laptop, Riley Urbano started off the night with some smooth beats—no blue grass here, just a rhythmic voice to accompany his melodic banjo and let loose some welcomed indie vibes. Urbano ended his set with charisma to spare, letting the audience sign his banjo. This created both a wickedly unique instrument and a different kind of connection between the audience and performer.

Next was the duet, Ringing 508, featuring vocalist Andi Butts and guitarist Felicity Rizzo. The pair matched up to keep the room on ice — chill and soothing. Having met as roommates in Bellarmine 508 — hence the name of the band — as first-year students, the two started writing music together this past fall. Initially riddled with nerves, Butts and Rizzo channelled that energy into an incredible performance, earning them a third-place nod and a performance at Relay for Life.

The Night Market, self-described as “surf punk,” heated things back up as they got the crowd on their feet and performed renditions of Dick Dale’s “Misirlou,” the Foo Fighters’ “Everlong,” and an original song by guitarist Joe Feddon, aptly named “Joe’s Song.” The band hit its stride with a cover of “Blister in the Sun” by Violent Femmes.

Lifted Spirits, a duo consisting of Sarah Cerdena and Conor Linehan performed in front of their biggest audience yet—and did not disappoint. Prior to Battle of the Bands, a coffee shop had been the biggest venue for Cerdena. Despite the change in venue, Lifted Spirits still captured that same relaxed vibe of an acoustic coffee house performance.

“I don’t know what genre we are, but I know it’s friendly,” Linehan said. 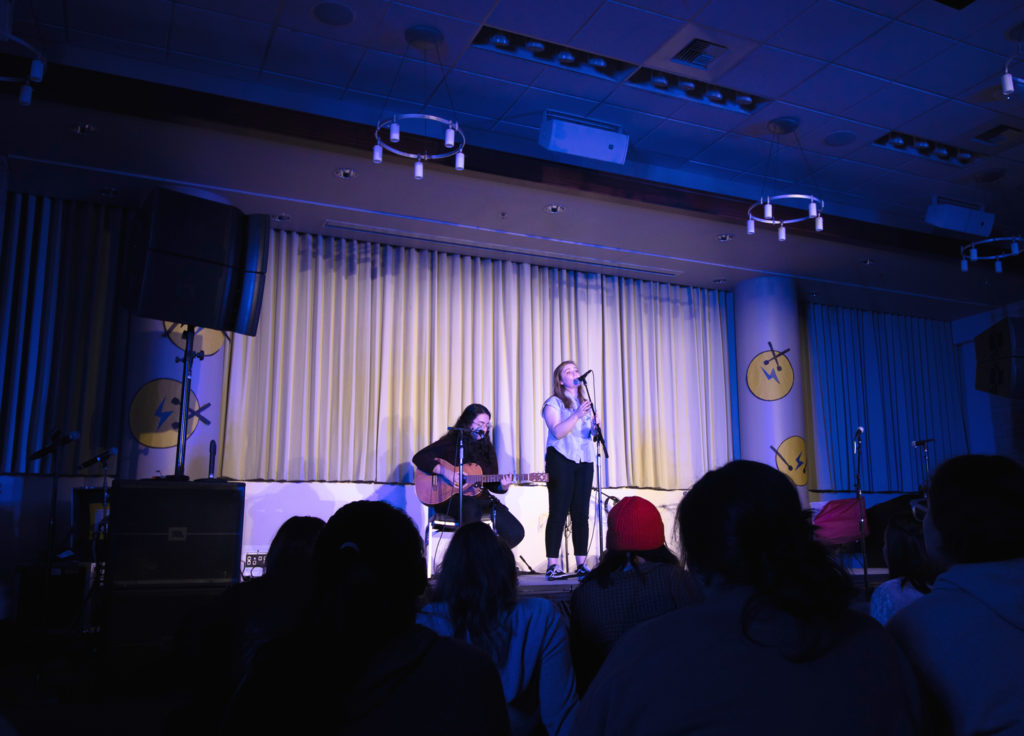 Duo Marc Gleckman and Karsten Kohout of Lone Human(s) turned the room into a rave, blasting bass-heavy remixes of YMCA and other familiar classics. Insistent on using turntables, Kohout commanded the audience with an old school feel, fine-tuned for a contemporary audience. Gleckman matched the vibrant energy in the room with a customized electronic drum kit. Though it was easy to see their satisfaction in performing after months of preparation, the two still remained down-to-Earth.

Proud of their work and the results, Gleckman summed it up perfectly: “If you’re not having fun on stage, then why are you doing it?” You can catch Lone Human(s) performing at SGSU’s “Halfway There: Sophomore Celebration” at the end of this quarter.

Finally, the winners of the Battle of the Bands could have been no one else but The Odd Kids. The band had everything from several talented vocalists to saxophone solos to an electrifying trumpet. Standout member Sanya Cowal performed double duty as the band’s bassist and vocalist, occasionally switching into Spanish, much to the crowd’s delight. The Odd Kids’ vibrant performance reflected their members as well, as the group of individuals that made up the band give it its name and soul.

“It’s kind of just a reflection of who we are. We just have tons of fun. We’re just goofballs and have a sense of humor,” Cowal said.

This group radiates good vibes and the crow felt their incredible presence. The insatiable audience responded with their votes—giving The Odd Kids first place and the opportunity to perform at Quadstock this Spring.

The Odd Kids are putting out an album called “The Odd Kids Club,” described as “a massive collaboration of different song writers from different genres.”