La Spiga: The Best that Restaurant Week Has to Offer 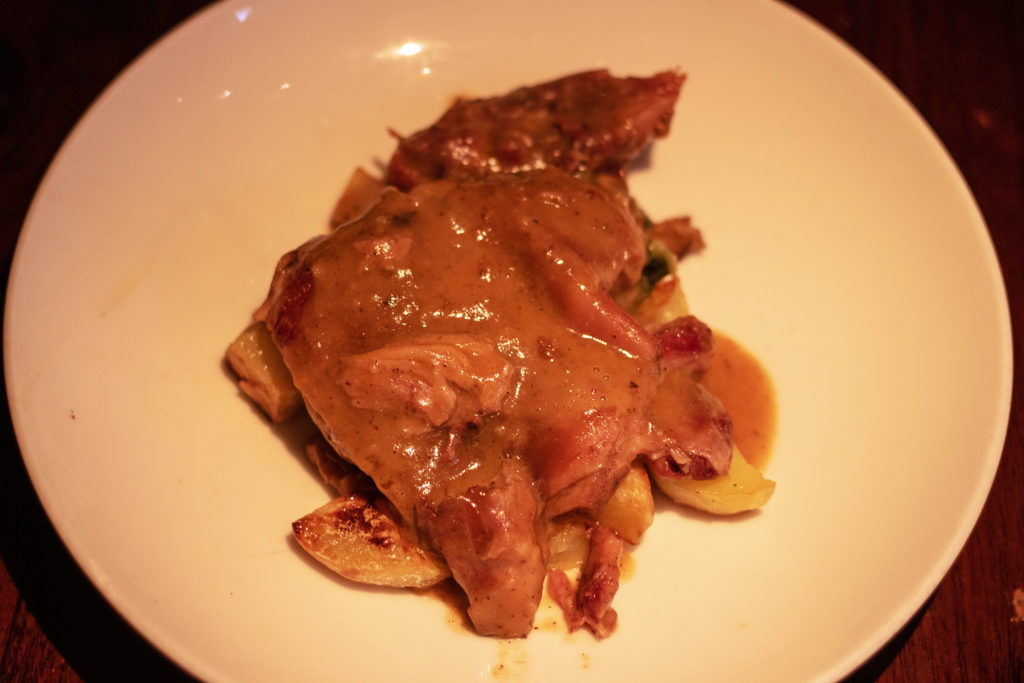 With more than 165 highly-acclaimed restaurants, Seattle Restaurant Week offers three-course meals for only $35 and two-course lunch options for $20 until April 18. Seattleites look forward to sampling quality bites throughout the Puget Sound at this bi-annual event.

I decided to go to La Spiga in Capitol Hill to see if it is one of the best featured in Seattle Restaurant Week.

The restaurant space was an excellent blend of classic Italian and contemporary open-floor décor. The music was inconspicuous, a blend of old classic rock and roll and soul songs played quietly enough for people to talk at a normal volume.

I started off with a small drink— the Caipiroshka della Passione was a deliciously vibrant cocktail with fiery bursts of passionfruit and lime. From there, it was only a bit of a wait for each course to come out after I finished my drink; this is a given due to the rush of people just getting out of work and the many people coming in for restaurant week.

The Uova in Funghetto, the first course, was a sunny side-up egg on top of a bed of mushrooms and micro arugula. The mushrooms were tender with the right amount of truffle oil mixed in to make the egg’s taste much more complex with the sharp salt adding quite a lot to the overall dish. The micro-arugula worked as the perfect counterpoint to the rest of such a deep, hearty appetizer, supplying a hint of freshness to palette.

Additionally, I was able to try the photographer’s prosciutto appetizer after I finished mine. It was a nice little starter but provided a totally different context; it had more of a salty, cured meat profile. But it was similar in that it focused on introducing the dense, rich flavors of the entrée.

My entrée was the Stinco di Maiale, a beer braised pork shank sitting on a bed of golden potatoes and steamed escarole. Just seeing the pork shank sitting on my plate was hypnotizing with the beer braise glistened on top of it. A gentle move through the pork instantly revealed the shank that fell apart with little effort. It was tender, juicy, and the flavor was pork was not hidden in that first bite.

As for the braise, the mix of beer, dark pork juices, and rosemary were phenomenal with no single flavor taking priority over the other. The pork shank was like a string quartet: each instrument playing a different part but together creates a full-bodied, heartfelt song. It was divine, and the addition of the perfectly cooked potatoes and escarole only added to the layers of flavor in the meal. The flavors were simple yet each one punched through with incredible authority. It was hearty and very filling. I wondered if I could walk home until I remembered I still had dessert.

Tiramisu was the final item in my three-course meal extravaganza. It was a modest but excellent blend of coffee, cream, and chocolate. Tiramisu is usually decadent in its simplest form but this dessert was a bit subdued in comparison to most. However, it still worked well in cleansing my palate.

Overall, the meal was outstanding. The food was rich with a hearty Italian flavor, and the location was prime with an inviting atmosphere. It is an excellent place to go to for a high- quality meal at a reasonable price.

Though Restaurant Week is a continuously under-recognized event in Seattle, it continues to introduce great restaurants to locals, and La Spiga is no exception. It definitely featured some of the best Restaurant Week specials in Seattle.

Michael may be reached at
[email protected]