Anything But a Drag: Performances Highlight Queer Experiences on Campus 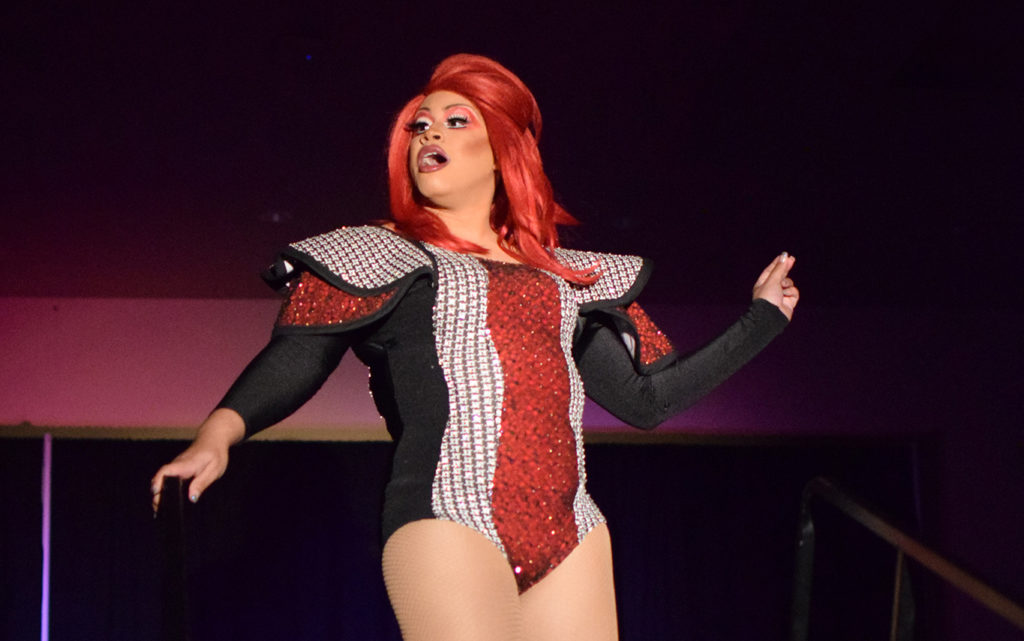 Last year, copies of The Spectator went missing from the display stands. It was revealed Father David Leigh, S.J., a current professor and Jesuit on campus, was the one who removed the papers.

The papers were not saying anything condemning the Jesuits or the school— the issue was about the Triangle Club’s annual drag show. A photo of one of the drag show performers on the cover of the issue sparked controversy among a few Seattle University professionals. 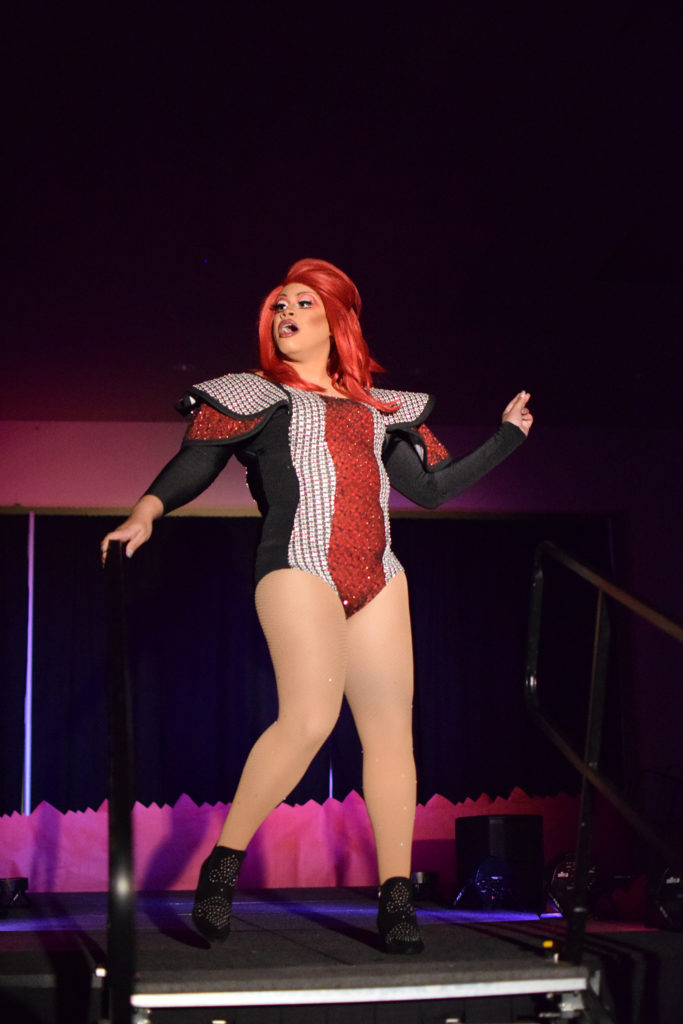 Isabella, a graduate of SU, performs as a drag queen in the Triangle Club’s annual Drag Show, this year named Heaven and Hell.

After Leigh confessed to the removal of the papers, University President Father Stephen V. Sundborg, S.J., spoke about his disdain towards the cover as well. Last year, Sundborg told The Spectator that allowing the drag show to happen is one thing, but to put an “indecent” picture on the cover of the paper is another. Despite not liking the picture, he said he would never violate freedom of speech.

Sundborg later apologized for his comments last year, but for many Seattle U students, the apology did not feel like it was enough. Sundborg already made comments with offensive language towards the LGBTQ+ community.

The comments did not stop the Triangle Club. Ames Zocchi, the president of Triangle Club, wanted to make sure the focus of the show was on the performers, and not the controversy.

Zocchi has been a part of Triangle Club, a community for queer students at Seattle U, all four years at Seattle U. He came to Seattle U questioning his sexuality and identity and now knows he identifies as a trans man. He credits his growth to the support from his family and within Triangle Club.

“This [the drag show] is not what it was four years ago,” Zocchi said. “We have been able to have more visibility and  more relations with folks all over campus to make the show like the sold out show it is today, which I am hoping continues.”

Between the comments made by Sundborg last year and the papers being stolen, Zocchi knew he had to shift the focus back to the show itself. “I want the show to always be about the performers, the art of drag, and the people that are here.”

The theme this year was “Heaven & Hell.” This was not a jab at religion, but more of a statement about the experiences of queer people.

“I think [the theme] is a lot of symbolizing of kind of the healing that we have done in the past year since everything occurred, and I hope the Jesuits can see that. We felt it at the drag show,” Zocchi said. 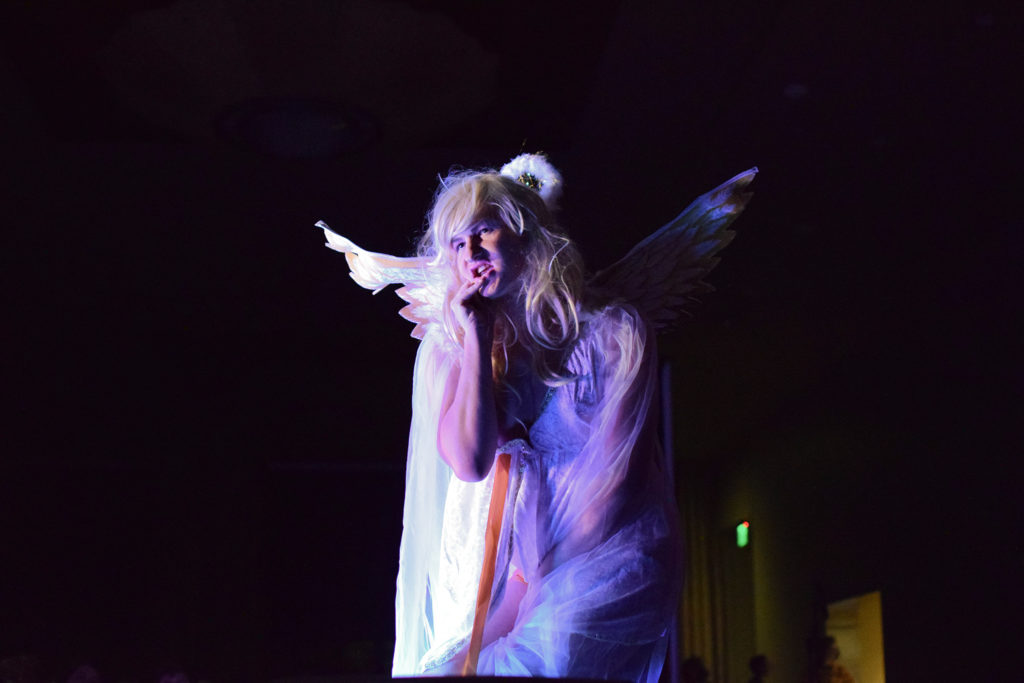 When Sundborg left the show early, many audience members noticed and made multiple remarks toward his departure. Zocchi remained calm, and simply asked the audience to shift their attention back to the real reason they came to the show: to continue to provide support for the performers.

“I was glad to be invited and to learn and to show support for all of our students,” Sundborg said after the show.

Samuel L. Jack You Son, a local drag performer, discussed the warm drag community in the Pacific Northwest and how much more confident he felt with Seattle U’s presence in the community after the controversy. He believes its representation extends far more than just at this university, but hopefully to other Jesuit institutions. Last year, he performed in the show, and this year he was invited back as a host.

When asked if he had seen a difference after the event last year he said, “Well, the screaming is just as loud. There is nothing like it…After the controversy though, I feel like there was a sense of presence that included an understanding that people knew they needed to be here.”

The drag show is an opportunity to highlight students’ own drag personas alongside the value of the ability to perform in drag. Attendees can see the livelihood and happiness of the performers on stage while the club showcases their hard work, which Zocchi said they started to plan at the beginning of the academic year.

Of course, drag is more than the glam — drag helps communicate identity. Zocchi speaks highly of the experience he has felt from the love and support during the show. Even Zocchi’s little sister, Charlotte, commented on the spirit of drag and how proud she is of Zocchi and the others.

“Drag means almost everything to drag people. It is coming out to the open world, being yourself, and looking like yourself, without any shame,” Charlotte said.

Junior Helena Maki explained that drag is fun and an art, but for them it is not something they take off at the end of the night. 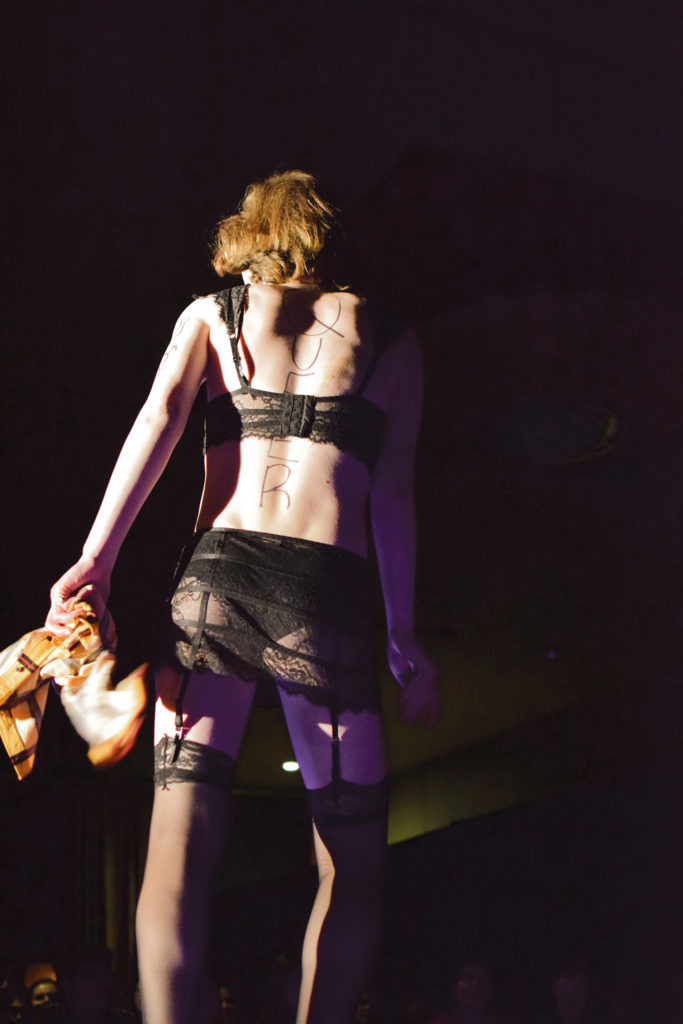 “Drag is often seen as this thing that you put on. In a lot of ways that is what drag is: you put something on and play with gender,” Maki said. “But, I also didn’t want people to be thinking I’m a man and that woman is something I just put on. Even when I take it off, it is still who I am, and part of showing off my body in that way was like ‘this is me. Get over it.’”

Maki is a genderqueer trans-woman and they entered the drag show knowing an opportunity was to be seized.

Maki performed an Amy Winehouse song, “Stronger Than Me,” which strikes a connection with them. The song uses what is considered to be a slur in the trans community, but Maki sees it as relatable.

“I can relate to not being able to meet certain expectations that are placed upon on people that are assigned male,” Maki said. “But I also like that she’s complaining about how this dude constantly needs her to take care of him and she’s saying you should be stronger than me you’re a dude, it should be easy for you. I can relate to both sides.”

Originally, Maki came into the drag show with an idea they see now as something that would not have been positive or constructive. Maki instead used the platform to generate conversation and be heard on issues on campus besides transphobia.

Maki passionately spoke about the issues regarding racism, homophobia, transphobia, and safety of those communities on campus. Maki told The Spectator they were too amped on Red Bulls and nervous about the performance they forgot to include that ableism is an issue on campus as well, as campus is not fully accessible to everyone.

Maki said there are people who look oddly at them on campus or talk badly about them in their hearing range. However, after the performance, Maki feels unsure of their safety due to the potential controversy their act provided.

“It is possible that I’ll have certain attention towards me on campus that is not good, but I did this performance because whether I like it or not, people are giving me this attention that is kind of uncomfortable to have to deal with,” Maki said. “People are going to pay attention to me, so I’ll use it as a platform to say stuff about these issues and make it better.”

Maki also spoke on the issue of housing and a feeling of being unwelcome on campus in that way. One significant change on the Seattle U campus made in 2019 is the gender inclusive housing policy.

Maki ended their speech by telling the crowd to “do something.” In the upcoming year, Maki plans on taking action about these issues. 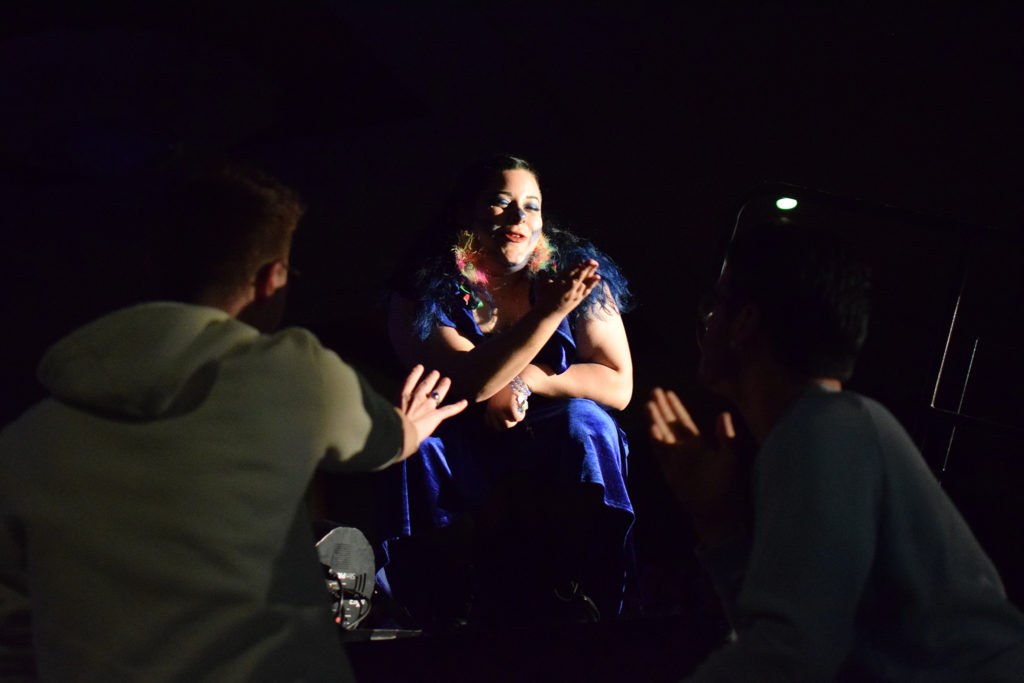 While this seems to be an effort towards improving the conditions for LGBTQ+ on campus on Sundborg’s behalf, he later stated in the interview that he had not spoken to students about issues on campus.

Ames confirmed that Sundborg has not met with Triangle Club and has not reached out to them to meet with LGBTQ+ students about their concerns on campus.

“I followed closely the request of the students around working through what would be the transgender housing policy of the university,” Sundborg said. However, the push towards gender- inclusive housing was student-led, and Sundborg’s involvement did not extend beyond his final approval on the policy.

Sundborg reflected on his biggest takeaways from attending his first drag show ever.

“For me it was a learning experience. I had not attended a drag show before…I thought it was good for me to just experience it and that by my presence showed my support both for the performers and also for the rest of the students there.”

Maki wants to encourage people to take initiative to truly make changes on and ensure there is a more accepting atmosphere on campus.