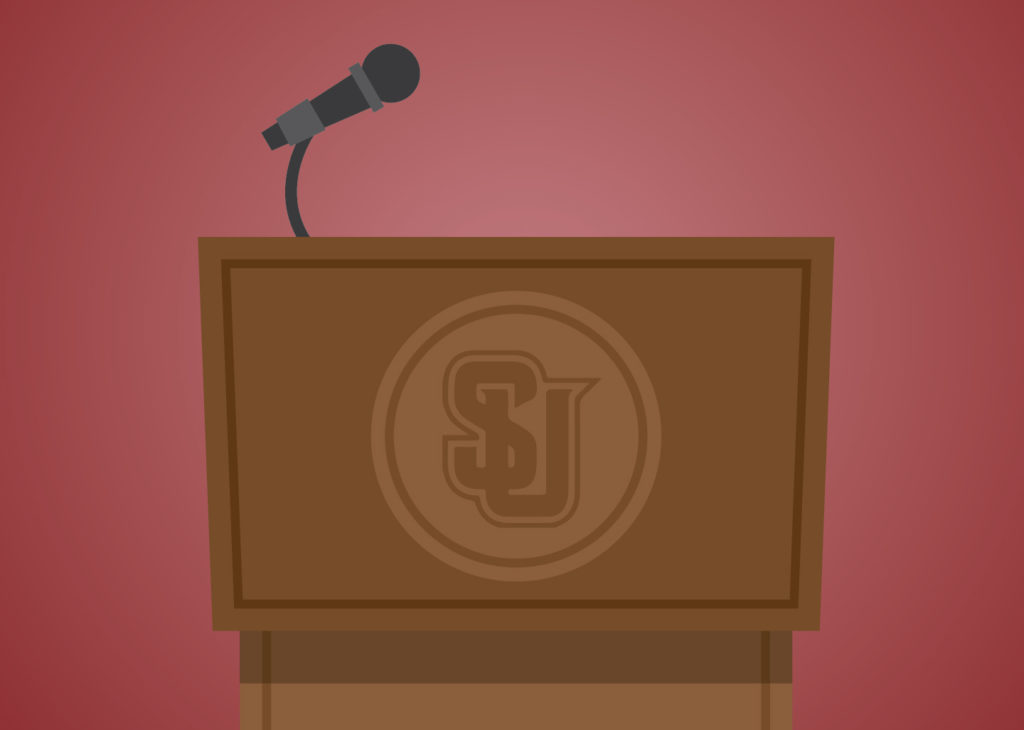 On March 5, University President Father Stephen V. Sundborg S.J. hosted his quarterly President’s Forum in Pigott Auditorium. In a forum designed to promote transparency, some of the attendees felt that they were left with more questions than answers following Sundborg’s speech.

During the 30-minute speech, Sundborg rattled off a list of updates similar to the 10-minute video he sent in an email to all students, faculty, and staff on March 1. The subjects ranged from university capital campaigns, summaries of discussions with the Board of Trustees, and compensation. About halfway through the forum, Sundborg gave an update regarding faculty and staff salaries.

“Staff are at 100 percent of the market comparison for their similar kinds of positions for this region, and faculty are 95 percent of the comparative position for their positions in higher education,” Sundborg said. “There’s some need for particular people within the staff, for their salaries to be adjusted and there is a need for us, over a period of years, to make up that difference between the 95 percent and the 100 percent.” 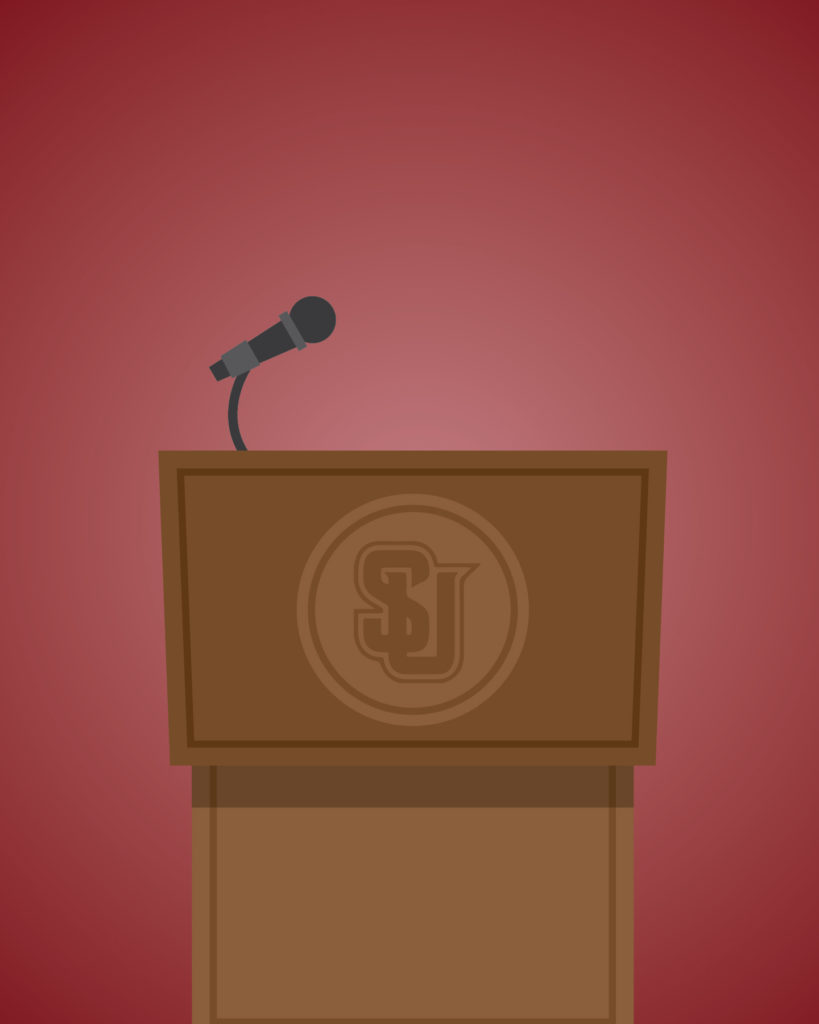 Other attendees were puzzled by this information, because several employees that Spectator reporters spoke to after the forum stated that their salaries are below the market average.

In a follow-up interview with The Spectator, Sundborg clarified his original statement regarding faculty and staff compensation, adding that he meant to say that it was the average.

“It’s the composite average, so if you take all of the staff salaries as an aggregate, or as a whole, they’re at 100 percent,” Sundborg said. “It’s not like each position is at 100 percent—if I said that, that was a mistake…I should have said the composite.”

Kimberly Gawlik, a senior administrative assistant in the College of Arts and Sciences, said that the compensation percentages Sundborg announced during the forum can be misleading without proper context.

“I was a little concerned in that room that maybe that wasn’t the right place to divulge those numbers, or make those numbers public to the university without some context, and without some background information,” Gawlik said. “Tell us what we’re basing this 100 percent and this 95 percent on. I’m willing to look at information and accept that, but without context, it’s a little concerning.”

Sundborg also announced that the university will now be releasing the minutes of the weekly President’s Cabinet meetings online, in a greater effort towards transparency. This follows a similar move implemented after the President’s Forum during spring quarter 2018, where Sundborg said that they would be posting meeting notes from the Board of Trustees meetings online. All meeting notes can now be viewed on the Governance page of the Seattle U website.

Sundborg answered and said, “I don’t know where we are on that… I don’t have an update on that from where we were last time,” before asking if Vice President for Student Development Alvin Sturdivant could provide a better answer.

Sturdivant was not present at the time of the question, but Vice President for Planning and Vice Provost Bob Dullea provided information about how the Strategic Plan Steering Committee was planning to incorporate feedback from undocumented students in the five-year strategic plan, which will take effect on Jan. 1, 2020.

The next question regarded accessibility issues on campus for students with disabilities, to which Sundborg deflected his answer to Senior Director of Disabilities Services Kim Thompson, who also was not present to provide an answer. Sundborg then said, “Nobody’s here but me,” to an auditorium that responded with laughter.

In the follow-up interview, Sundborg said that he plans to “get word around” in his cabinet about future forums. He said it would be helpful if they attend the forums in the future, in case someone asks about something he does not know in his role as president.

“It was awkward, wasn’t it, yeah,” Sundborg said. “I don’t expect everyone to attend, it’s a voluntary thing…There’s a lot of things as president that I can’t know, so it’s helpful to have other people there, but I don’t ask, or I don’t require them to be there.”

The third question centered around the university’s recent decision to divest from fossil fuels. After waiting about three seconds for the next question, Sundborg ended the forum 15 minutes earlier than the prior scheduled time.