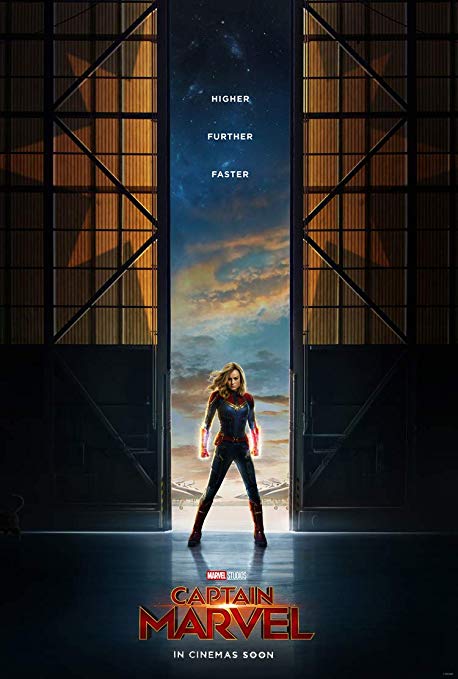 Said to be the most powerful Avenger and touted as the key to defeating Thanos—ever since the mysterious post-credit scene in “Avengers: Infinity War” in which she was first alluded to, moviegoers have been waiting and wondering: Just who is Captain Marvel?

Fans of the Marvel Cinematic Universe (MCU) finally had this question answered as the cosmic hero made her big screen debut in her selftitled standalone film.

While the MCU has its fair share of strong women in both heroic and villainous roles, it took over a decade—in which time 20 Marvel films were made—for Marvel Studios to release the first female-led film.

The film delivers what we’ve come to expect from Marvel films: stunning visuals, well-choreographed fight sequences, tie-ins and connections with other Marvel films, and plenty of humor.

Drawing on the otherworldly cosmic adventures shown in “Guardians of the Galaxy” and the fantastical, yet still grounded Earth-based superhero origin stories of Marvel’s Phase One films, “Captain Marvel” feels like a return to a simpler time in the Marvel universe, before the Avengers and before the muti-hero team-up movies we are now used to.

Academy Award Winner Brie Larson takes on the title role of Captain Marvel—though in the film she has yet to acquire this moniker, instead, going by her given name, Carol Danvers.

Poised to take on a major role not just in “Avengers: Endgame,” but in the overall future of the MCU, Larson has big shoes to fill and in her first on-screen appearance as Danvers she is confident, witty, and defiant. She is instantly captivating and with her story truly just beginning, she is sure to become a fan favorite.

Samuel L. Jackson reprises his role as Nick Fury, this time younger than ever thanks to de-aging technology and with both his eyes—at least for most of the film. He and Larson have excellent chemistry throughout the film, not to mention their humorous relationship with their feline sidekick Goose the cat/ flerken.

In the film, Danvers, a United States Air Force pilot, acquires her powers from the Tesseract which was first shown back in 2011’s “Captain America: The First Avenger.” She does so after unknowingly getting in the middle of fighting between an alien race, the Kree.

Recognizing her immense power, the villainous Kree kidnap her and erase her memories, making her believe she is Kree and using her as a weapon in their war against another alien race, the Skrulls.

This is all revealed in the second half of the film and is one of the most memorable and powerful plot twists to date in the MCU. In the first half of the film, the Kree are presented as heroic warriors while the Skrulls, similar to their depiction in the Marvel comics, are fairly one-dimensional villains. Their green skin, pointed ears, and shape-shifting abilities immediately mark them as somewhat standard “evil” aliens in contrast to the human-like Kree Starforce warriors.

The audience is further inundated in this black and white view of the Kree and Skrulls simply due to the casting of Ben Mendelsohn—best known for his villainous roles including Orson Krennic in “Rogue One: A Star Wars Story” and Sorrento in “Ready Player One”—as the Skrull General Talos.

For those familiar with Mendelsohn’s body of work, a second layer of deception is applied. Much like the alien race he plays, Mendelsohn’s penchant for villainous roles masks his character’s true identity and intentions. In one of the most emotional scenes of the film, it is revealed that the Skrulls are not the evil shapeshifters the Kree proclaim them to be, and are in fact just refugees and victims of ruthless Kree conquest.

In addition to all of this, “Captain Marvel” delivers a powerful feminist message.

The film begins with Danvers being told by her Kree captor/mentor YonRogg, played by Jude Law, that she needs to “control her emotions.” Throughout the film Danvers has flashbacks to her previous life on Earth. She recounts the many times she was told by other men, including her father and those in the Air Force, that she was “too emotional.” Through other sexist comments, these men tried to make her feel as if she didn’t belong in historically male-dominated spaces like youth sports and the military.

In the film’s third act, Danvers is captured by the Kree, who once again attempt to mind control her. At this point she recalls the many times in her life she has been told by men to hold back her power. She also recollects that after each fall, she got back up and proves her doubters wrong. Danvers does exactly this, breaking free from the Kree mind control and unleashing the power she was always told to suppress.

After saving the earth from an orbital bombardment by Kree military forces, Danvers returns to Earth for a final battle with Yon-Rogg. The Kree commander goads Danvers, challenging her to defeat him without use of her power—asking her to once again hold back and taunting her that she will once again be betrayed by her emotions.

Utilizing the full force of her powers she unleashes cosmic blast from her palm, sending Yon-Rogg soaring across the desert. She calmly walks to Yon-Rogg, now lying injured and defeated, and tells him, “I have nothing to prove to you.” She then calmly and methodically drags him across the desert, places him in a ship and plots a course back to the Kree homeworld, telling him to tell the Kree leader that she is coming. Yon-Rogg begs and pleads with Danvers, saying she “can’t do this” to which she replies “I’m kinda done with you telling me what I can’t do.”

Alec may be reached at
[email protected]