Connecting “The Color Purple” To The Jesuit Mission 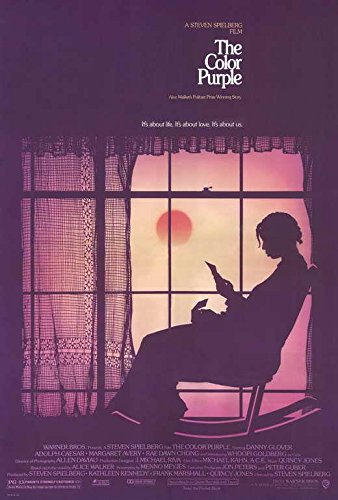 As Reverend Louis Gaffney, S.J., Chair, Dr. Mary Antoinette Smith is responsible for promoting the Jesuit mission and teachings throughout Seattle University. On Monday, March 4 in the Bannan Auditorium, Smith organized an event pertaining to the 1985 film, “The Color Purple,” with a screening of the film and a discussion surrounding tender mercy and the Jesuit teaching of Cura Personalis, or care for the entire person.

“The Color Purple,” based on the Alice Walker novel of the same name, is a film that explores issues of abuse and injustice, but the film concludes with an inspiring ending that embodies the spirit of Cura Personalis.

Throughout the film, the protagonist Celie faces constant abuse, first from a man who she believes to be her father, and later from her husband, Mister. Eventually, a nightclub singer named Shug Avery enters her life and she finally experiences the love that she had been deprived of throughout her life. The tender mercy that Celie receives from Shug contrasts powerfully with the prior abuse. Smith decided to show the film in order to put the Jesuit message of care of the whole person into context.

“I was watching ‘The Color Purple,’ not too long ago, and I thought this is an interesting film to think of in terms of tender mercy,” Smith said. “There’s some harsh stuff that happens here, but gradually everyone begins to listen to one another. Even Mister, by the end of this film, has a redemptive moment.”

That redemptive moment comes when Mister spends his savings to reunite Celie with her sister after he had separated the pair years earlier.

At the end of the film, Celie is shown selling pants as part of an entrepreneurial enterprise that she pursues with the love and support of those closest to her. Mister’s redemptive ending is different in the novel, as it discusses his role in helping Celie sow pants for her store. The mercy that Celie shows in the novel by forgiving Mister for his past wrongdoings and allowing him to help in her shop, is part of that mercy that Pope Francis discusses.

“[Pope Francis] talked about our need nowadays, with all our global dramas and traumas, that we need to be more merciful and extend that mercy to each other,” Smith said. “He said it’s a Kairos time, an opportune time to do that.”

Sullivan Leadership Program Scholar Cameryn Laborte discussed that it was difficult to focus on the themes of tender mercy and care of the entire person with so much abuse portrayed throughout the film, even with an uplifting ending.

“In this film you can’t help but see so much pain, and get so fixated on the wrong that different characters go through,” Laborte said.

Despite all of the difficult subject matter in the film, Laborte saw value in the film viewing as a catalyst to make the viewer to reflect on the juxtaposition between the good and bad in the film and embrace the idea of tender mercy in relation to the characters that they might not otherwise have extended their sympathy to.

“It challenged me to see the good parts and the redeeming parts of people, because, somehow, there are both, and you have to recognize both,” she said.

“In the beginning, they were pretty rough and imposing of their male dominance,” Hoang said.

Instances of toxic masculinity are riddled throughout the film, and Hoang said that he noticed such imposition and assertive overcompensation of masculinity throughout high school. As the characters in the film begin to realize their faults, Hoang saw the tenderness and care of the entire person that the screening and discussion were centered around.

“We see a transformation towards the end of the film where he [Mister] is the one who reunites the two sisters,” Hoang said.

Smith explained her synthesization of messages of tender mercy in a way that brings together the thoughts of Pope Francis, Dr. Martin Luther King Jr., and the Jesuits and reveals the film in a different light.

Despite all the hate that the film centers around, the love and care of one another brings the characters together in a loving community and that is a testament to the values that Smith hoped to portray by screening this film.