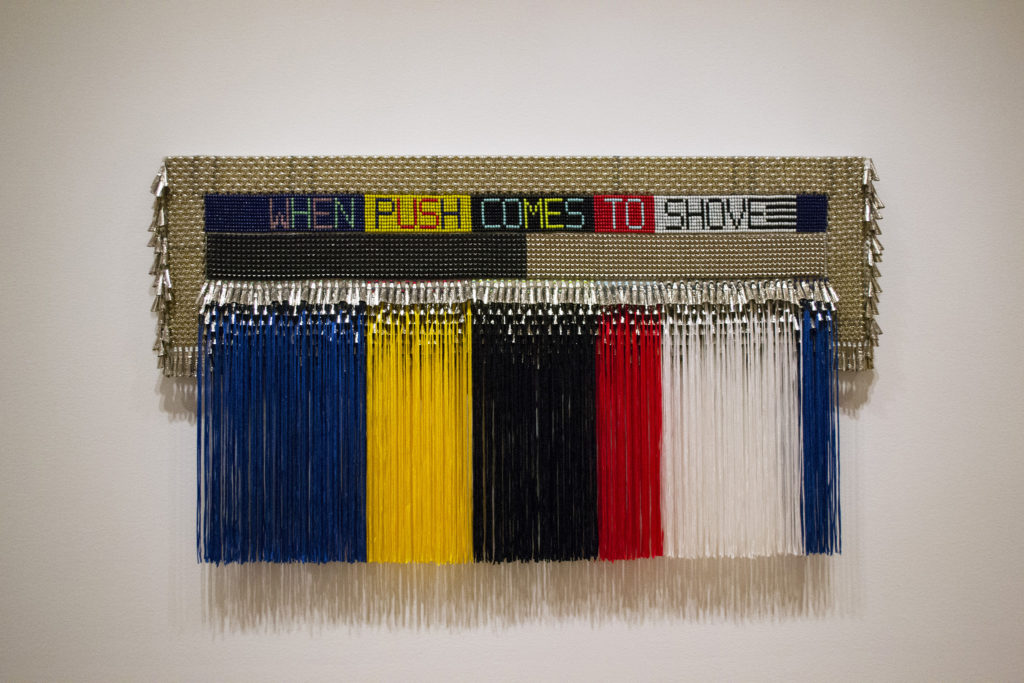 Jeffrey Gibson's SAM exhibition, "Like A Hammer," incorporates his Native American roots with contemporary influences as seen in his work of art.

The Seattle Art Museum introduced Jeffrey Gibson’s contemporary Like a Hammer exhibition this past week. Like a Hammer features beautiful beadwork and paintings done by Gibson, all in hopes to convey the message of Gibson’s identity.

Gibson is of Cherokee descent and a Mississippi Band of Choctaw Indians citizen, and identifies as queer. While Gibson’s art portrays a story of personal struggle regarding his identities, the viewers are also able to feel their own struggles through his work.

However, the beauty of art is that anybody can read into it and see different stories. While the pieces are in no way very particular to Gibson’s struggle, almost every piece is done in beadwork, a medium popularized in Native American culture. Some of the paintings are also done on hides. While Gibson uses these mediums to represent his Native American history, he also ties in the modern culture of his life.

Gibson travelled to many urban environments such as Germany, South Korea, and England. Gibson was exposed to many different cultures while still staying true to Native American culture. 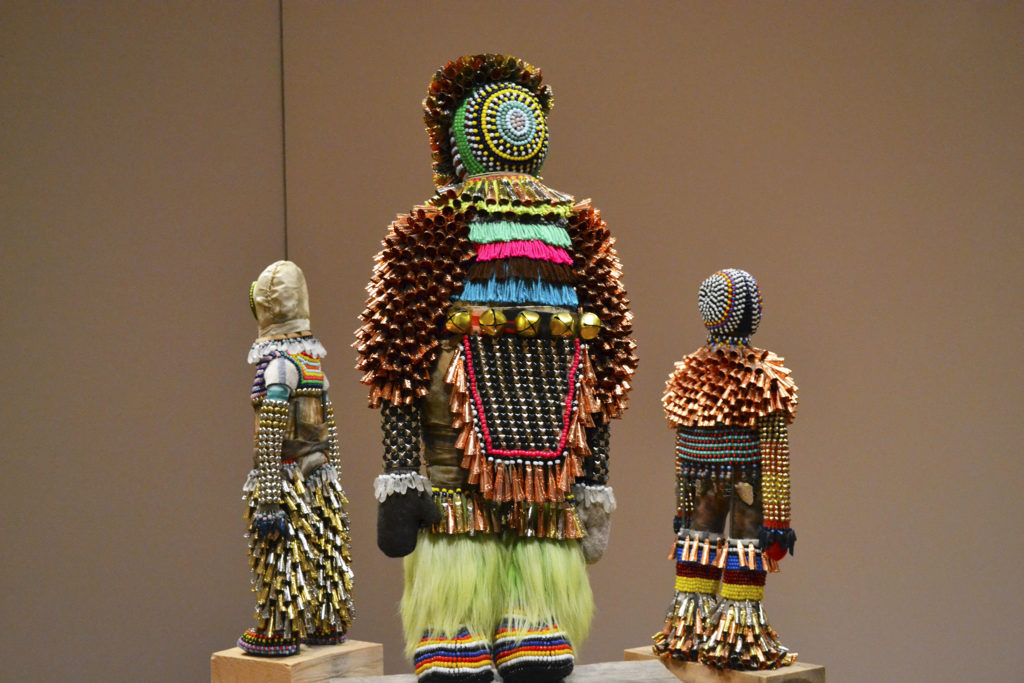 Jeffrey Gibson’s SAM exhibition, “Like A Hammer,” incorporates his Native American roots with contemporary influences as seen in his work of art in the middle, “Like A Hammer” (2014).

Gibson’s cultural experiences allows him to understand history. In fact, many of his pieces reflect history, whether it be Native history or queer history. Each piece conveys the changing aesthetics of these cultures.

In one beautiful beadwork piece, the haunting words of “AMERICAN HISTORY IS LONGER LARGER MORE BEAUTIFUL AND MORE TERRIBLE THAN ANYTHING ANYONE HAS EVER SAID ABOUT IT,” a quote by 20th century writer James A. Baldwin, are splayed across it.

In his work, one may think some of the words found are familiar, as Gibson uses song lyrics in some pieces. The use of “I Put a Spell on You” by Nina Simone sits on display on a beaded punching bag.

Music is an important factor to Gibson as many different types of music echo throughout the exhibit. On one side, music that seems to have inspired the work plays in the distance, while closer to a room full of curtains with words such as “DON’T MAKE ME OVER,” tribal sounds such as jingles and drums can be heard.

In those curtains, Gibson can sometimes be found performing his story of being a queer indigenous man. The video of the performance plays on a monitor in the room. He wants people to understand and accept the narrative that people like him do exist, while also sending a message to those who feel as if they have no support for their identity.

Gibson deconstructs his identity and lets the viewer see each piece that makes up who he is. Like a Hammer is on a national tour and is on display at the Seattle Art Museum from Feb. 28 to May 12.

Michaela may be reached at