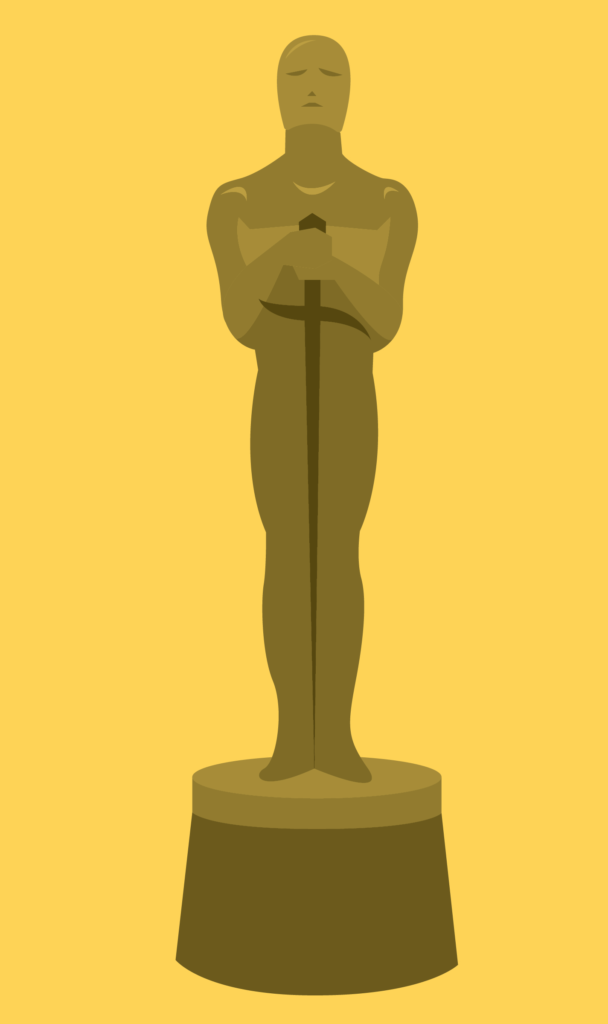 The 91st Academy Awards took place on Sunday night, honoring those in the film industry for their artistic and technical merit.

In 2018, the Oscars experienced an alarming drop in views and ratings. This year, they gained a modest increase in audience, rising to 29.6 million views—a 12 percent increase.

Another variance from previous years was the lack of a host. Kevin Hart was slated to host this years show, but homophobic tweets he posted in the past resurfaced, causing lots of media backlash. The academy gave Hart an ultimatum: apologize or lose the gig. Hart refused and the ceremony moved forward without a host.

Without a host, the focus was put on the nominees and not the sideline entertainment this year. Last weekend’s award show shed light on a few surprises and controversies gaining stamina months prior to the show.

Three out of the four top acting awards were won by non-white actors, Regina King, Mahershala Ali, and Rami Malek who stunned in their roles in “If Beale Street Could Talk,” “Green Book,” and “Bohemian Rhapsody.” Much like this year’s viewers and ratings, the number of diverse nominees and award acceptors has skyrocketed. In 2015, not a single actor of color was nominated, let alone awarded, in any of the acting categories, leading to April Reign’s creation of the hashtag #OscarsSoWhite during the 2015 awards season.

Rami Malek won Best Actor for his portrayal of Queen frontman Freddie Mercury in ‘Bohemian Rhapsody.” Malek is a first-generation american born to Egyptian parents, and is the first Egyptian actor to receive Best Actor. Malek grew up in the San Fernando valley, surrounded by a diverse community. He struggled as an actor initially being typecast into stereotypical and offensive Arabic and Egyptian roles. He no longer wanted to support roles that portrayed his heritage in a negative light.

Along with tackling issues of diversity, The Academy Awards also wrestled with the stigma surrounding menstruation. A group of all female filmmakers created an incredible 26-minute film documentary, “Period. End of Sentence”, and were awarded an Oscar for Best Short Documentary. The film documents a group of women who make low-cost sanitary pads for women in central India’s Hapur district in an attempt to improve women’s hygiene, empowerment, and development. Film Director Rayka Zehtabchi and Producer Melissa Burton emphasized the importance of speaking openly about menstruation and feminine hygiene during their acceptance speech.

In what was a shock to many, the Oscar for Best Picture was awarded to “Green Book.” Upon the announcement that “Green Book” had won, “BlacKkKlansman” Director Spike Lee attempted to leave the ceremony. “Green Book” has been criticized for its portrayal of real life pianist Don Shirley. Family members of Shirley’s were not consulted in the creation of film and have said the film is “full of lies.”

In addition, critics have called the film outdated in its depiction of race relations and have said that it reinforces narratives of white saviorism. The Academy is considered quite conservative, so although “Roma” and “Black Panther” were right up there with fan-picks, “Green Book” felt like a more predictable pick.

Another surprising Academy Award was given to Olivia Colman for Best Actress, for her role as Queen Anne in “The Favourite”. Along with everyone in the Dolby Theater and viewers worldwide, Colman herself was clearly stunned when her name was read out of the envelope. This was Colman’s first ever Oscar nomination and Academy Award.

“Black Panther” earned many technical awards which ended up being Marvel Studio’s first ever Oscar win. Spike Lee, the winner for adapted screenplay, was awarded an Oscar for his movie “BlacKkKlansman”. Lee took the stage for his acceptance speech and urged people to “mobilize” for the 2020 election and “be on the right side of history. Let’s do the right thing”—alluding to his his film “Do the Right Thing.”