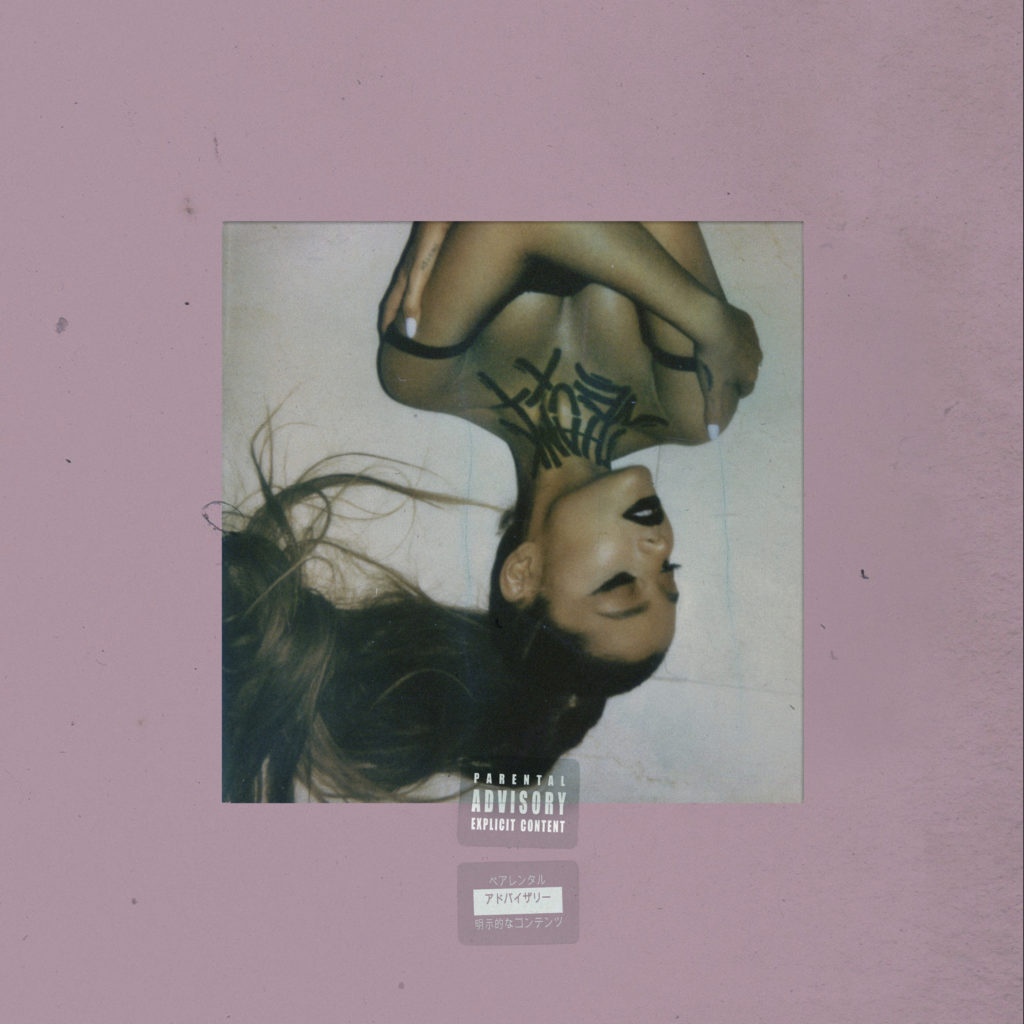 Only five short months after the release of her fourth studio album, “Sweetener,” Ariana Grande has released the powerful and iconic album, “thank u, next” to sing about ex-boyfriends, personal regrets, and the importance of surviving anything that comes her way.

Grande co-wrote almost every song on the record, including the singles “imagine,” “7 rings,” and the titular track, “thank u, next,” and has no featured artists. There are 12 songs total, with a range from hauntingly beautiful ballads to bragging pop anthems.

To call Grande a powerhouse for pushing out another album in the midst of her grieving the death of Mac Miller and ending her engagement with “SNL” star Peter Davidson is honestly an understatement. I find her absolutely inspiring and unstoppable for doing this.

I actually wasn’t a big fan of Ariana Grande over the years. Before “Sweetener,” I didn’t enjoy her music at all, and found her personality a little off for some reason. But I think I realize now that Grande was purely not given the proper room to be herself and showcase her real, unfiltered talent and confidence.

Popular songs from her 2013- 2015 era, such as “The Way,” “Problem,” and “Side to Side,” sound completely different from what she’s produced now. I love that she has found growth in her own music and I enjoy the new sound a lot.

I find the most important part of “thank u, next” to be Grande’s song “ghostin,” which is dedicated to Miller, who passed away in early September due to a drug overdose. Grande announced that she had to end their relationship because of problems with Miller’s drug addiction. In her heartfelt post in the wake of his death, she wished him nothing but peace and freedom and apologized for not being able to take his pain away. This song is an ode to the grief she felt over his loss and how she felt guilty that she was still in love with him while engaged to Davidson.

This song holds a beautiful heavenly sound to its melody, with a hypnotizing violin paired with Grande’s soothing vocals. Her lyrics are very conversational, but heart-breaking. I could listen to that song on a loop for hours—I admit, I have been— and just have myself been completely mesmerized by its production.

Bottom line, Grande has a lot of baggage from the past two years, and she deserves the world to be nicer to her from here on out.

My favorite uptempo track is a tie between “NASA,” “make up,” and “break up with your girlfriend, i’m bored.” They’re all very lighthearted and playful songs that are just kind of fun to dance to with your friends. They’re silly, yet empowering, a brand that Grande has created for herself through her music and social media presence.

I find the middle of the album, with the songs “bloodline,” “fake smile,” and “bad idea,” is where all the fun sing-alongs are, with super catchy pop beats and fun choruses. And of course, “7 rings” and “thank u, next” have just been iconic songs from the beginning, with even more iconic music videos Grande released for them. But don’t get me wrong—each song is greatly produced, mixed, and sung, and we clearly have Grande to thank for that flawless execution of vision.

Overall, this album is enticing, sultry, dominating, and entertaining, more than anything. I find that Grande has somehow redefined my enjoyment of pop music through both “thank u, next” and “Sweetener” with her bravado and ability to reclaim herself in the face of pain and loss.

Despite the criticisms and backlash against her for some of her actions for the past year, I cannot help but admire her for her tenaciousness and perseverance. She holds nothing back on this album, and each song unfolds as an anthem that fans are reveling in. Her heart and soul lie in her music, and she has been able to use it for her own release and benefit.

Even with the earlier singles alone, anyone could tell that if Grande had learned anything from all the unfortunate events of her life in the past two years, it was that she was a force to be reckoned with, coming out stronger than ever at the top no matter what.

Frances may be reached at
[email protected]