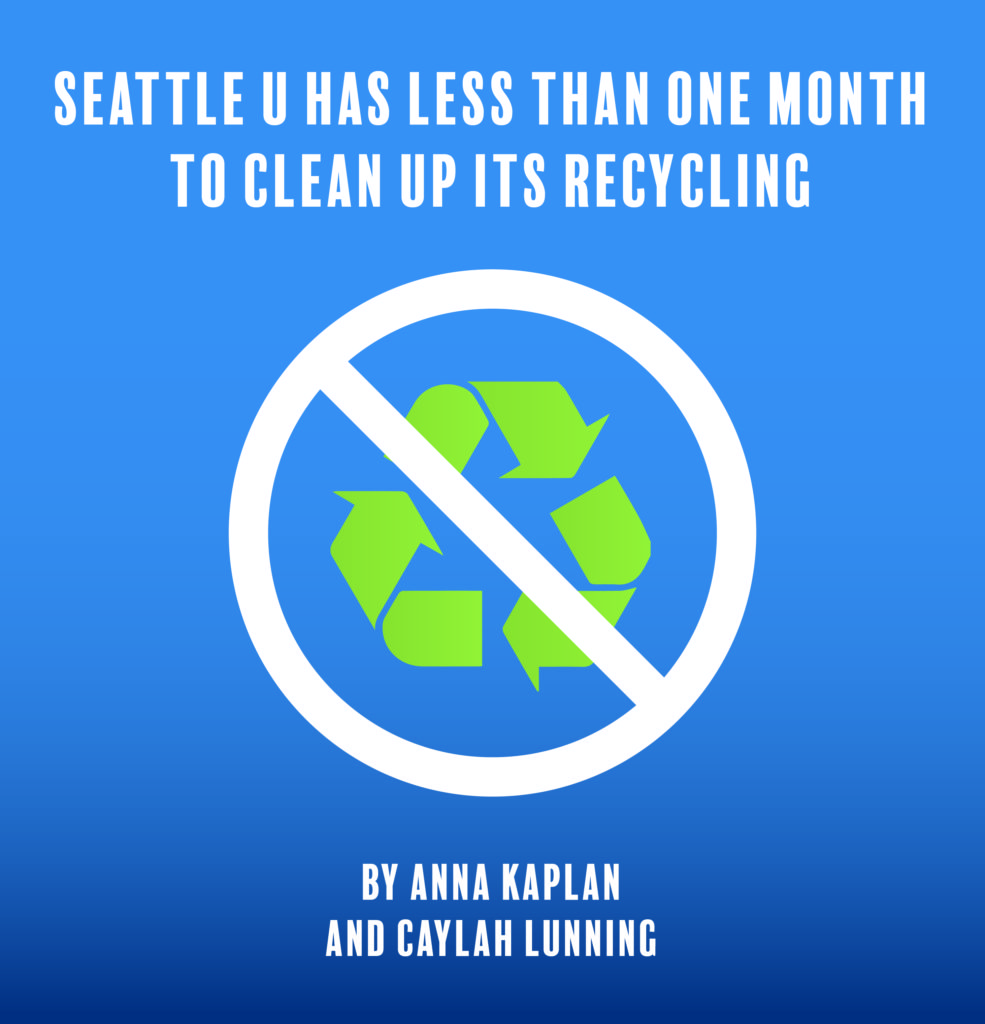 Seattle University is facing an ultimatum: it has less than 30 days to properly separate recycled material, or all of its recycling will be sent to the landfill, bringing financial costs and environmental consequences.

Recology, the organization that processes the university’s trash, audited Seattle U’s recycling on Jan. 24 and found that more than 10 percent of it was contaminated. Recology has given Seattle U 30 days to clean up recycling on campus, or the university will have to pay $190 per ton to send it to the Columbia Ridge landfill in Oregon, as opposed to the $70 per ton cost to have it processed into new, recyclable material. This change would mean that none of Seattle U’s garbage would actually be recycled— even if it were originally placed into a recycling bin—and would instead be automatically sent to the landfill. 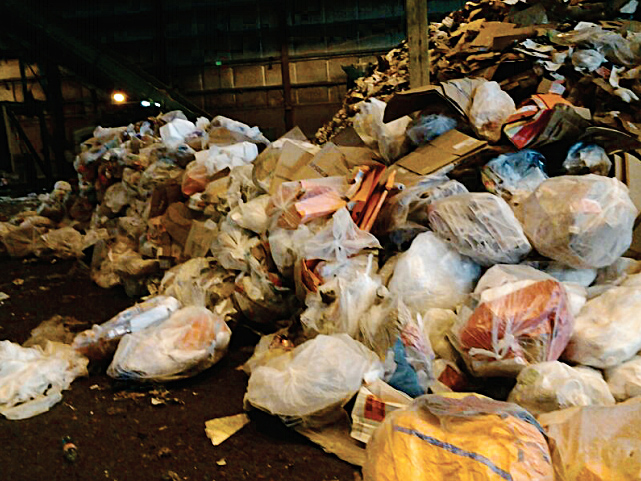 For reference, in 2018 Seattle U sent 554 tons of garbage to the landfill, and 376 tons of recycling to recycling plants. If recycling must be sent to the landfill as well, Seattle U will see a $45,120 increase in waste costs. The increase is nearly equivalent to one year of undergraduate tuition at Seattle U, which costs $45,765 per year for the 2019-2020 school year.

This is a result of garbage and recyclable materials being disposed improperly. Recycling bins are contaminated when garbage is placed in them, or when recyclable materials that still have liquid or food particles inside of them are disposed of improperly, which eventually leaks onto the other recycled items. The six main contaminants found in Seattle U’s recycling were styrofoam, plastic film/bags, food waste, liquids, textiles, and electronic waste.

Manager of Resource and Conservation and Facilities Operations Richard Moyer said that it is one thing to stick something in a recycling bin and another for it to actually go to the recycling center and turn into another product.

“The recycling industry is having an incredibly hard time getting stuff that you actually put into a blue bin to actually be recycled,” Moyer said. “It’s come to the point now where if the bin of recycling that we send to Recology is not clean enough, they will send the entire load to the landfill, so that’s really the problem that we face.”

Moyer said Recology has previously audited the Student Center two to three other times, and each time the results have been more than 10 percent contaminated. Many of the items that are found in these recycling bins included plastic bags, waxy cardboard, food waste, liquid saturation, and latex gloves.

Recycling Coordinator and Compost Technician at Seattle U Nathan Wolk said that the Recology audit found that Seattle U’s contamination problem is campus-wide.

“Anywhere from the residence halls, the various other buildings across campus, and the outside locations,” Wolk said. “All the materials going in there are essentially so contaminated, meaning that they are either not clean, not empty, or they’re not dry.”

Wolk said that when recycling is compacted, the entire batch is mixed together. So when there is too much contamination, it must all be treated as trash, which goes directly to the landfill. Seattle U’s landfill stream is shipped out of the city six days a week by train.

While the impact of this landfill stream falls outside of Washington, recent changes in international garbage politics have brought the situation much closer to home, into the Pacific Northwest.

China recently closed its borders to trash intake from various countries, including the United States. China was known to be the world’s recycling waste bin, as they would pay countries for their trash. The United States alone would ship over 4,000 bins of recycling per day, earning China billions of dollars in profit.

As China received these waste materials, they would burn their trash to make way for new shipments, contributing to China’s high greenhouse gas emissions rate. China is currently the highest emitter of greenhouse gases and is not set to peak their emissions until 2050 before trying to make sustainable changes to lower this number, according to their voluntary compromise in the Paris Climate Agreement.

Since China has stopped all further trash imports from entering their country, the Seattle area must now find alternative routes, such as shipping garbage to Eugene, Oregon to be dumped in their landfill. As these recyclable items enter into the landfill, it takes hundreds of years for these items to break down before they are turned into toxic materials that harm the land and also leak into the groundwater supply, contaminating it.

Wolk said that the best way to ensure clean recycling is to focus on ensuring the main types of recyclable materials make it into the recycling bin: cardboard, glass, metal, paper, and plastic.

Recycling Assistant and President of Green Team Jessie Dirks said that it’s better to be safe than sorry when it comes to recycling.

To educate the Seattle U community on proper waste procedures, the Center for Environmental Justice and Sustainability is hosting Recyclemania, the country’s biggest recycling competition between various universities from the North America. Recyclemania measures how much waste universities normally send to landfills that can actually be turned into recycling or composted. The main goal of Recyclemania is for universities to reduce their waste diversion from their waste streams and also to bring awareness to the importance of recycling on campuses.

“It’s super important in creating awareness of issues surrounding waste, waste is kind of at the end of the stream, and so it’s often overlooked, but there’s still a lot of benefit to lowering your impact and your consumption for the community and in Seattle specifically,” Viviana Padilla, recycling assistant and senior environmental studies major said. “It’s a way to do your part and even spreading awareness and educating people on how that can be done and is something that I am trying to do as the recycling assistant.” 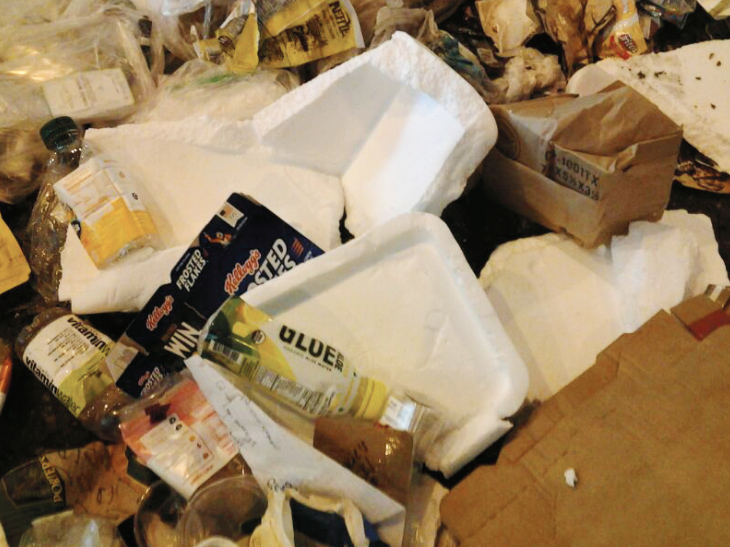 There are many events that are happening during the eight-week long Recyclemania competition. On Feb. 12, Garbology IV—Raiders of the Lost Recycling will be held in the quad in front of the Lemieux Library from 10 a.m.–3 p.m. There will be a community recycling day held at Bellarmine turnaround from 7 a.m.–1 p.m. where students can bring their hard-to-recycle items such as Styrofoam and electronics.

For those who are familiar with Seattle U’s previous Recyclemania participation, the current state of campus garbage disposal is even more shocking. During the 2018 competition, Seattle U ranged from the top four to the top six nationally when it came to their waste diversion. Seattle U had their lowest rate of waste diversion at 71.6 percent, which earned the university a fifth place overall in the competition during week one.

Seattle U finished the 2018 competition in week eight in sixth place with a diversion rate of 74.8 percent as Seattle U beat out top universities such as Harvard University (56th place), Stanford University (55th place), and University of Washington (17th place).

Wolk said that one important aim of this year’s Recyclemania event is to remind the community of correct garbage sorting procedures.

“It’s really about letting people know what we’re doing here on campus to make sure that all of our materials are going where they need to go,” Wolk said. “That’s something that we are having an issue with on campus, is contamination. We’re really working on focusing on bringing down our contamination levels and increasing our diversion rate.”

These events encourage participation and volunteering in the waste process, due to the rising recycling contamination issue that Seattle U faces. This contamination issue will not only push Seattle U further down in the rankings, but also will impact the events that are taking place on campus for Recyclemania.

“We have about 20 days to clean up our act or we won’t be able to recycle anymore, which is crazy because we have been devoting 60 to 70 percent of our waste into recycling or compost. That will exponentially hike up our trash bill, which impacts the cost of our garbage, and therefore impacts what Seattle U can provide to students.”

Anna and Caylah may be reached at
[email protected]