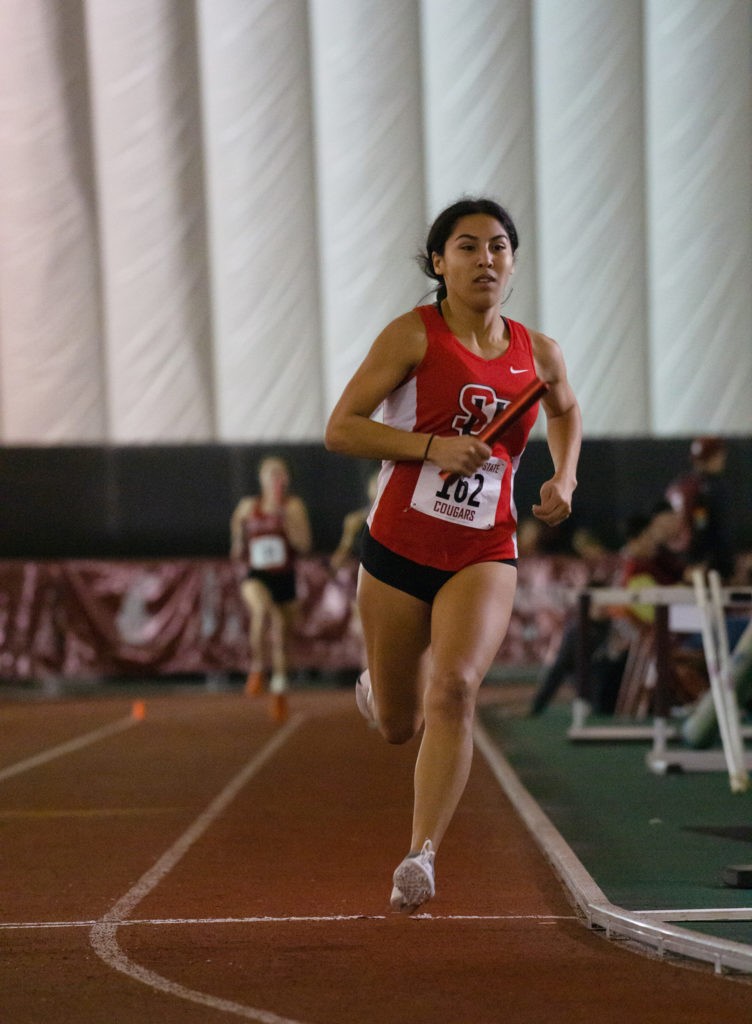 Basketball
The Seattle University Women’s basketball team went down to Riverside, California to face off against California Baptist University. The Redhawks fell 83-100 in the road game.

The team played well in the first three-quarters of the game, but couldn’t keep up the momentum—a common occurrence this season.

The team was up 71-62 at the end of the third quarter, but after a strong nine-point rally made by the Lancers, the team wasn’t able to catch back up.

Senior Madeline Dopplick scored a career-high of 19 points during the game and the game was Junior Kamira Sanders first game back after injury, where she scored two free throws that were instrumental to keeping the team ahead in the first period.

Seattle U women’s basketball will continue their season in an away game on Feb. 9 against Utah Valley University.

Track and Field
This week the Redhawks Track and Field team went to Washington State University to compete in the Cougar Indoor meet, where they finished with a series of high rankings and personal bests.

Redshirt Senior Caylah Lunning ran the 200-meter dash in 26.22 seconds to finish first in the event.

In the 4×400-meter relay race the team of Lunning, Rubio, First-year Nicole Golba and First-year Chloe Deleissegues earned first place in the race with a time of 4:10.04.

The meet also saw a series of personal records set including Golba, Michelle Newblom, Tallia Sova, Renee Soliman, and Jami Tresselt each in their respective events.

The teams next meet will be the Husky Classic held at UW, Feb. 6.
Tennis
This week marked Seattle U’s first win for the women’s tennis team out in Walla Walla Washington against Whitman College. The team won 6-1 against Whitman after an excellent showing in the singles matches, winning five out of six of them.

The team went on to play an away match against Eastern Washington University where they lost 6-1 against the Eagles. First-year Martina Asciuto won her singles match 6-4, 7-5 and got the Redhawks their only point of the day.

Lastly, the Redhawks achieved victory over Lewis and Clark State College this week with a whopping 7-0 sweep.

The next matches the team plays will be an away game Feb. 8 against Portland State.
Swimming
The women’s swim team competed against Simon Fraser University, losing 178-76.

The team will go on to compete next week in the 2019 Western Athletic Conference Championship.