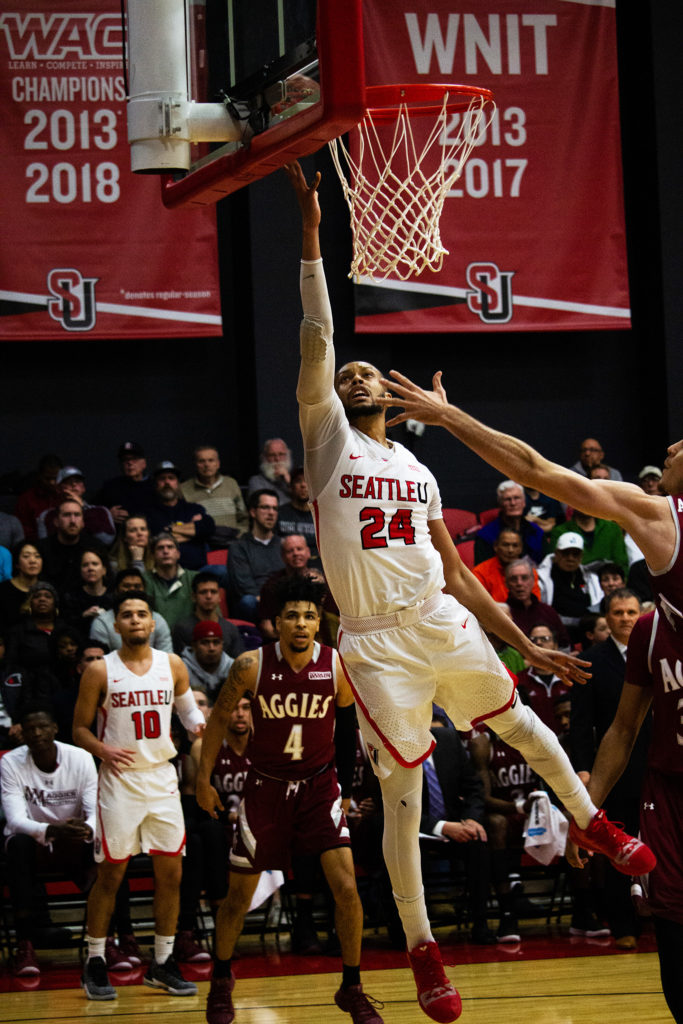 Men’s Basketball
Men’s Basketball had two home games this week to continue Western Athletic Conference (WAC) play. On Thursday, against New Mexico State University (NMSU), the Redhawks, 0-5 in the WAC, were defeated by the Aggies, 3-1 in the WAC, by a final score of 60-87.

The first half deficit was too much for the Redhawks to overcome, they were defeated at the Redhawk Center by a final score of 60-87. Junior Delante Jones led the scoreboards for the Redhawks with 18 points. Junior Myles Carter added 13 points of his own.

During a post-game press conference, Hayford acknowledged the importance of team chemistry when dealing with injuries, such as Junior Matej Kavas who is out with a knee injury. He said the team must adapt and step up in times of difficulty while improving together as a team.

On Saturday, the Redhawks faced the University of Texas Rio Grande Valley (UTRGV) who are 2-3 in the WAC and came up short at their second home game of the week. UTRGV would defeat the Redhawks, 67-62.

Against UTRGV, there were nine lead changes throughout the game. Carter led the game with a career high of 28 points in addition to collecting nearly half the Redhawk rebounds, hauling in 15 rebounds out of the team’s collective 33.

“It’s growing pains, we are a young team with a young bench and people have to step up,” Carter said in a postgame press conference. “If one guy is out of sync, it hurts the team.”

The team would collectively lose to the Vikings 6-1 over all competitions. Junior Alex Chan took a singles victory for the Redhawks in three sets: 5-7, 6-1, 10-7. The Vikings would dominate the three doubles
matches played.

The following day, Seattle U fell 0-7 in both singles and doubles to ranked number 32, Oregon. Despite two defeats this weekend, competitions against PAC-12 teams are valuable experience before conference play.