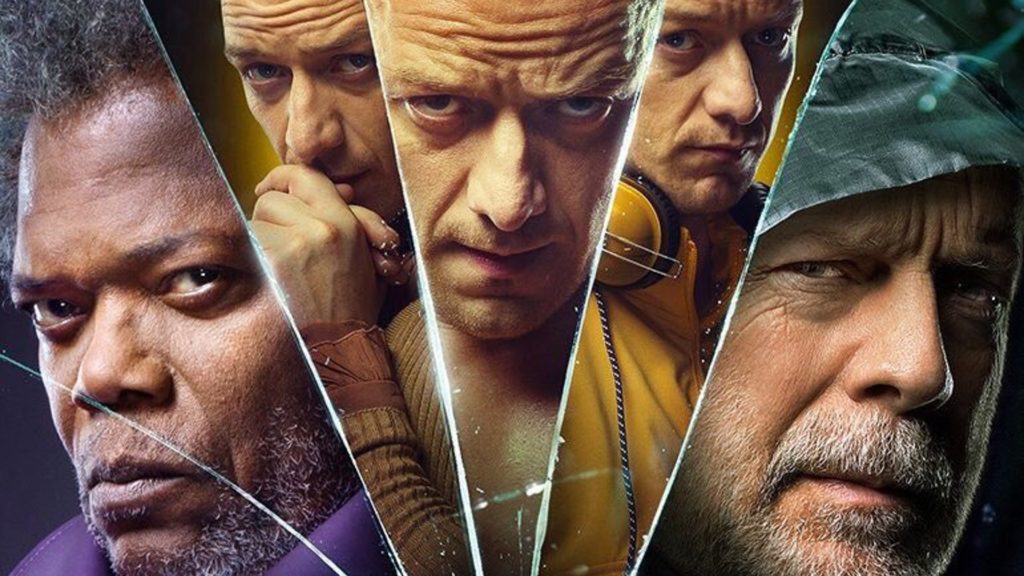 Taking place not long after the events of “Split,” Kevin Wendell Crumb (James McAvoy), better known as “The Horde,” is still on the loose with all 24 of his vastly different personalities and kidnapping those who aren’t “broken.”

On his tail is invincible—expect when in water—David Dunn (Bruce Willis), who has, after the events of “Unbreakable,” taken up the mantle of the vigilante known as Overseer and is hot on the heels of The Horde.

During a confrontation between the two, they are taken by Dr. Ellie Staple (Sarah Paulson) to a compound that has been holding the incredibly intelligent Elijah Price (Samuel L. Jackson), or the titular Mr. Glass due to him suffering from osteogenesis imperfecta that causes his bones to break easily, who has been held there since “Unbreakable.” Staple’s job is to eradicate their illusions that they are superheroes and convince them their abilities do not exist. From there, chaos ensues.

This film really shows off the whole spectrum of Shyamalan. Let’s start with the good. The first 20 minutes of this movie were the perfect start to “Glass.” Dunn investigating and chasing The Horde is easily the best part of the movie. The performances of the main three as well deserve great praise. It’s great to see Bruce Willis and Samuel L Jackson together again, on screen, after “Unbreakable,” even though those scenes are few and far between.

Willis and Jackson almost effortlessly step back into the shoes of the characters they played close to nineteen years ago. However, make no mistake about it, the main attraction here is James McAvoy. As he did in “Split,” he produces a performance of the ages as the twenty-four different personalities of The Horde. He slips in and out of each personality with seemingly no effort and it’s an absolute joy to watch.

McAvoy makes each personality so distinguishable and different that he’ll have you quivering with fear as The Beast, laughing at the nine year old Hedwig, shocked at Patricia, and feeling heartbroken for Kevin. Anya Taylor-Joy returns as well as Casey, who escaped The Horde in “Split,” to deliver much of the emotion in the film. The use of color by Shyamalan is exquisite as well. Every character embodies a color throughout the movie and as do those closest to them. He directs much of the movie very well and the cinematographer really shines during some scenes, scenes that follow McAvoy roller-skating and following Jackson roll down the hall while a fight takes place in the back are breathtaking.

This brings me to the average part of the spectrum of Shyamalan. After a pulsating opening, the film almost takes a step back. Once all three main characters are housed in the psychiatric facility, the pace really slows down. Much of these scenes are filled with clunky psychological exposition delivered by Paulson, who does her best with what she’s given. However, I didn’t mind the slow-down so much, as I was willing to go with where Shyamalan was taking his story. I was also disappointed with the fact that Willis and Jackson were almost relegated to the background in certain scenes. Dunn’s son Joseph returns to “Glass” as well with his own side story that I feel deviated too much from the main arc of the story. While I did say Shyamalan’s direction was good for the most part, in finale, he insists on using point of view cameras that make it hard to focus on what’s happening in the scene. This leads me into the not so good of Shyamalan.

All of Shyamalan’s films are filled with grand ideas, whether they work or not is another matter, and “Glass” is no different. True to form, plot twists do occur in the finale and I feel they start to make the film feel the ridiculous. Thankfully, it doesn’t go completely down the rabbit hole, as Shyamalan pulls back before the positive aspects of the earlier acts are drowned out.

If I’m being honest, whether or not you like the film might come down to the ending. I certainly think it could be polarizing and will certainly make for interesting conversation. For me, I wasn’t the biggest fan of it which certainly took away some enjoyment of the film. I just felt the ending caused the trilogy to go out with a whimper instead of the roar it deserved.

All this being said, there’s enough here to enjoy and convince me that Shyamalan really is back and can deliver a film full of spectacle and grand ideas as well as give us different kinds of superheroes than the ones we’re used to.