Vegandulgence: All Plant Based Ice Creams 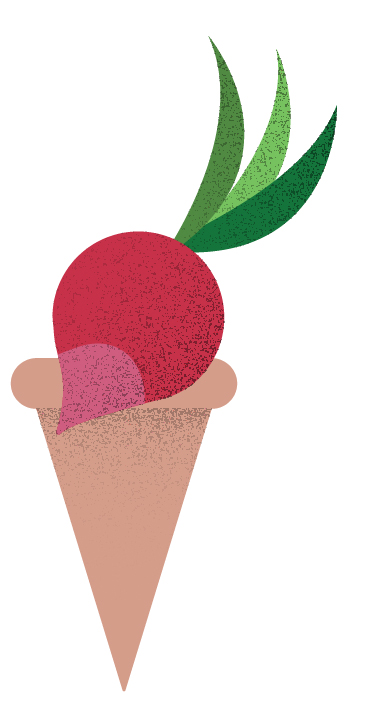 Salt & Straw is known for its creative, limited-time ice cream flavors. Each month, Salt and Straw releases new flavors based on certain themes. This month, to kick-off the New Year, Salt & Straw released five new flavors. These flavors are special because they are all gluten-free and vegan.

This January, you can stop by Salt & Straw for a scoop or two of their newly released plant-based ice creams. Each ice cream has a coconut ice cream base, and then layered and mixed with a variety of other delicious vegan ingredients.

Veganism is a continuously growing social justice movement where people choose to forgo the use of animal products. Vegan ingredients and vegan products are difficult to come by while walking down the street; you typically have to search long and far for a restaurant able to accomodate you.

One especially hard-to-find item for those who are vegan is ice cream. Ice cream is made from cow’s milk, making it undesirable to those who are vegan, lactose intolerant, or dairyfree. However, Salt & Straw took a difficult, yet unique approach to its January flavors—plant-based and vegan friendly.

All five flavors taste incredible and if I did not already know the flavors were vegan, I would have never guessed it. The first flavor, toasted coconut milk and cookies, is a coconut-based ice cream blended with shredded coconut and molasses and then mixed with chocolate almond milk ganache and handmade gluten-free chocolate chip cookie crumbles.

The Elvis peanut butter banana split, was so good! This flavor is to honor the King, Elvis Presley, and his favorite food, peanut butter, banana, and bacon sandwiches. This coconut based ice cream is blended with ripe bananas and cashew butter. Marionberry jam is then mixed into the base, along with Salt & Straw’s “bacon brittle” which is crunchy peanut butter and toasted coconut.

The next flavor is candied apricot faux-yo. This tart and tangy fauxyo is a coconut cream infused with apricot, lime juice, vanilla, and green cardamom to give the sense of frozen yogurt. The base is then mixed with candied apricots which give the faux-yo a very distinct apricot flavor; imagine dried apricots and ice cream, but better.

Last but not least, is Heidi Ho’s lemon chèvre cheesecake ice cream. Salt & Straw created with ice cream with the idea of a plant-based goat cheese. The coconut based ice cream is swirled with a blend of creamy “cheese” and lemon to create the tart cheesecake tasting base. Almond pie crust is then mixed in for a tasty crunch.

Out of all five vegan, gluten-free flavors, the Heidi Ho’s lemon chevre cheesecake flavor is my favorite. It reminds me a lot of a lemon bar and is just really good. The tartness of the coconut ice cream and the lemony cheesecake swirls throughout the ice cream bring the whole flavor together.

In third place, is the candied apricot faux-yo. This flavor reminded me a lot of dried apricots and vanilla ice cream. It was very tart and the apricot flavor was very outstanding and distinct. I understand what Salt & Straw means by faux-yo, due to the extra creaminess of the ice cream base, but the texture and overall look of the ice cream looks more like ice cream than frozen yogurt.

Lastly, still two very delicious flavors, just not my personal favorite, are the oatmeal moon pie with aquafaba marshmallows and toasted coconut milk and cookies. I definitely enjoyed these flavors, but since I am not the biggest fan of chocolate, I didn’t enjoy the ice cream as much as the other flavors. If you are a fan of chocolate, or chocolate ice cream, I recommend you try these flavors first.

Salt & Straw did a phenomenal job on this month’s flavors. They not only gave those who cannot typically eat or enjoy ice cream a chance to do so, as well as (hopefully) pave the way for other businesses to come out with new and inclusive flavors and products.