Spiderman: Into The Spiderverse Surpasses Expectations 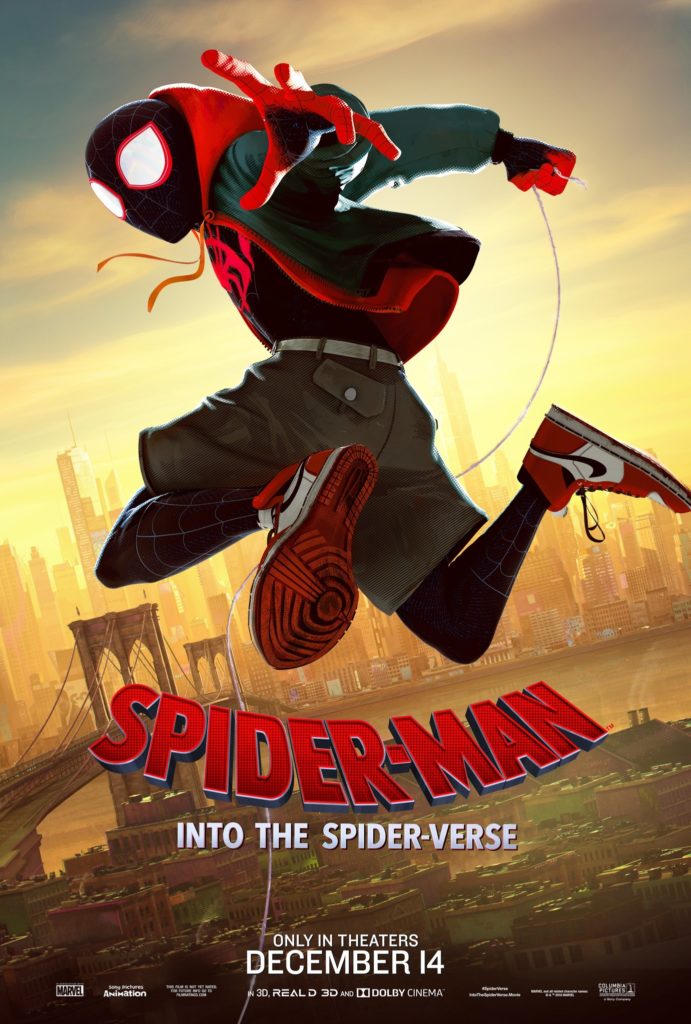 When I first heard that Sony was releasing “Spider-Man: Into the Spiderverse,” it’s safe to say I was a little skeptical. This is the fourth iteration of a Spider-Man movie in the past two decades. What else could there be to say? However, it’s safe to say this movie surpassed my wildest expectations.

This particular Spider-Man film focuses on the teenager Miles Morales (Shameik Moore) who admires SpiderMan (Chris Pine), an established hero, for many years.

While out graffiting with his Uncle Aaron (Mahershala Ali) he gets bitten by a radioactive spider. After experiencing weird happenings, Miles goes back to where the spider bit him and discovers that Kingpin (Liev Schreiber) has built a particle accelerator to access parallel universes.

Miles needs help learning to control his new powers, he convinces Peter Parker to teach him the ways of being Spider-Man. With Miles’ uncle missing and his father always at work, Parker serves as a much needed male role model in his life.

All these Spider-People must figure out how to stop Kingpin’s particle accelerator before he causes the destruction of the separate universes.

First things first, the three directors, Bob Persichetti, Peter Ramsey, and Rodney Rothman, all deserve massive credit for this film. It was a huge juggling act with so many characters and they handled it beautifully. Every supporting character felt fully realized and not just thrown in as fan service; every character gets their moment to shine. While I wasn’t keen on the animation style while watching the trailers, I have to say it really worked on the big screen.

The action scenes were incredible and certain scenes really felt like I was watching a comic book come to life on screen. Also, the animation changed to fit whatever certain characters were on screen which is a brilliant detail to put in.

The script, for certainly the vast majority of the film, is a huge strength as well. Every emotional punch of the film hits as well as every joke told in the film. It captures a perfect amount of the famous Marvel humor while still not compromising the emotional weight and stakes of the film, as some other Marvel films do. The script does extremely well with its protagonist Miles Morales. For much of the movie, Miles struggles with his powers. He isn’t instantly perfect, which is something we can all relate to, and that makes it all the impactful when Miles fully realizes his abilities.

The only real problem I have with the script is even a fairly minor one at that. We see each Spider-Person’s backstory and are introduced to each in a very similar way. While it feels like you’re taken out of the story a touch with each, the humor used in each of the backstory makes them drag less. I understand why they did it that way, and each character is done well for the most part.

Getting into the characters, each character is voice-acted extremely well across the board. Cage and Mulaney are hilarious in their roles, while Steinfeld’s voice felt out of place. However, while Schreiber’s voice is menacing as the Kingpin, I feel his story isn’t as fleshed out as it could have been. I saw a little of what’s going on with the Kingpin, but most our time, understandably, is spent with Miles and the Spider-People. The soundtrack, as well is amazing; it’ll have audience members playing Post Malone and Swae Lee’s hit “Sunflower” on the car ride home for sure. I’d say it gives Black Panther’s soundtrack a run for its money.

In the end, I’ve seen all the previous Spider-Man movies, and I can honestly say this was my favorite to date. It has a great story, great characters, good direction, and an animation style that’s unique and fresh. There are also plenty of easter eggs for comic book and Spider-Man fans to find throughout the film.

“Spiderman: Into The Spider Verse” might have been released at the eleventh hour of 2018, but it certainly deserves a place among the best movies of 2018.