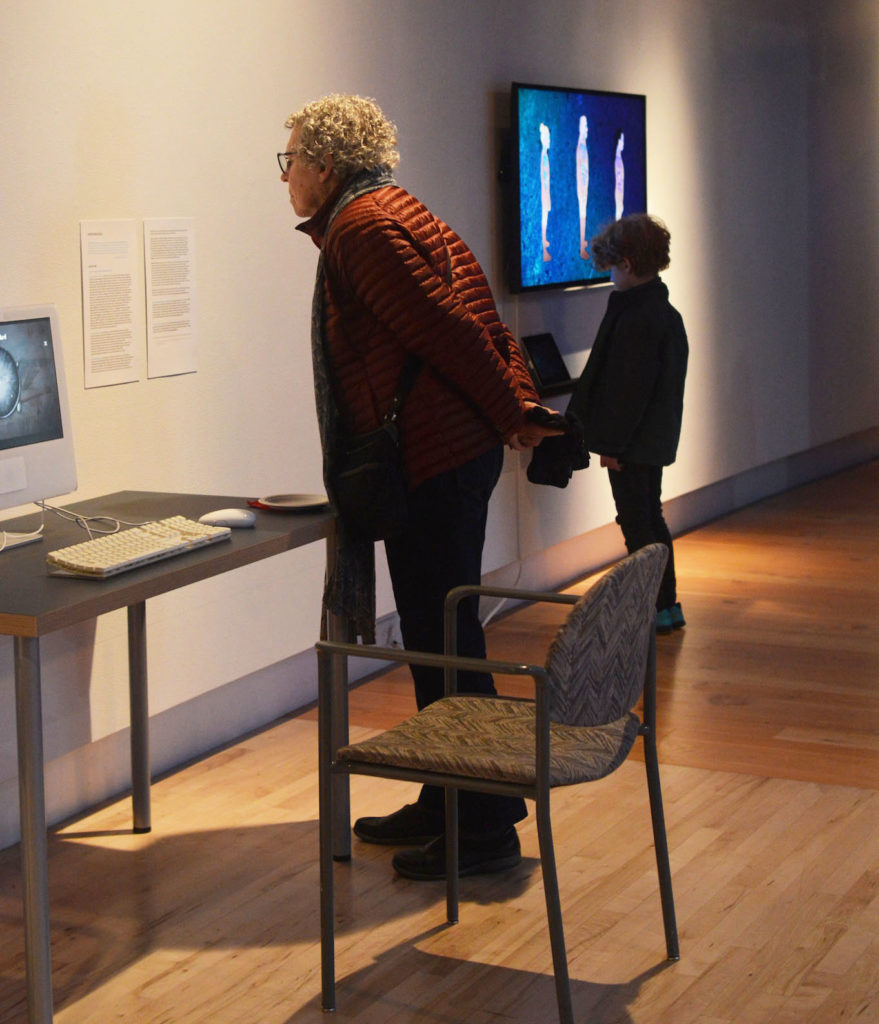 An exhibit by Elizabeth LaPensée in the Hedreen Gallery features seven games that explore the Indigenous experience.

Gaming to one’s heart’s content may sound like an ideal dream to those who enjoy being challenged in the heat of competition. For the Seattle University community, this hypothetical has become a reality.

The Hedreen Gallery is hosting an exhibit from Dec. 1 through March 3, featuring the work of Elizabeth LaPensée, an indigenous artist and scholar who has worked to interlace “Indigenous self-determination and Indigenous sovereignty” into her game design.

“One thing that’s particularly strong is just to think about what it means to be at Seattle U, on this land playing video games and dealing with all kinds of narrative structures and histories and the way that we’re taught them all the time,” Molly Mac, the Hedreen Gallery’s curator at Seattle U, said.

For example, “When Rivers Were Trails” is an indigenous take on the classic Oregon Trail game and “Invaders” is a classic take on the Space Invaders game. Many of the games featured in the exhibit are free and easily accessible since they’re downloadable on the app store. Regardless, the point of the exhibit isn’t to allow visitors to just play the games, rather it is to introduce the work of LaPensée and give a spotlight to her work.

“I really, really, really think that it’s an important exhibition at this moment in time specifically because of the celebration that we’re experiencing as a community around IPI [The Indigenous People’s Institute],” Sara Marie Ortiz said, a member of the Native Advisory Committee for the Indigenous People’s Institute at Seattle U and a member of the Acoma Pueblo tribe. “The Vi Hilbert Hall, it’s all connected, and it’s, I think a testament to the leadership here at SU and their investment in Indigenous artists and community. It’s a beautiful thing and I know there are going to be more and more and more artists that come and support it.”

Although it may seem odd that games are used as a source for telling Native-American stories, Ortiz explains that Indigenous people were always scientists and tech-developers.

The games are great resources and learning tools, not just for artists but also for game designers, and anyone who wants to learn more about the Indigenous peoples’ history. Even students were present at the opening.

This exhibit at the Hedreen Gallery is a part of multiple exhibits previewing the yəhaw̓ exhibit, opening at Seattle’s King Street Station in 2019. LaPensée will be coming to the Hedreen Gallery on Jan. 9 and on Jan. 10. Thorny Games, who has directly worked with LaPensée (she designed an overlay for them) will come to talk as well. The Hedreen Gallery is hoping that the first few test levels of When Rivers were Trails will be available to play before these events.