A New Grinch For The Holiday Season 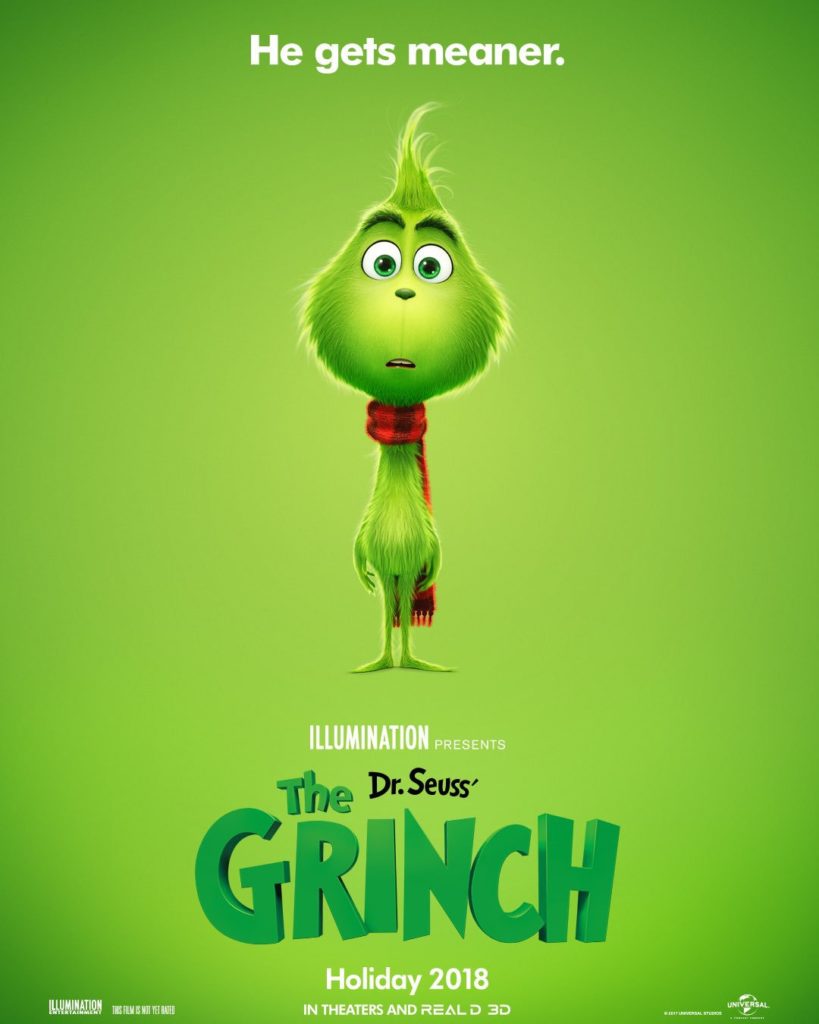 The holiday season seems to creep up sooner and sooner with each passing year. Illumination Studios— the team that brought us hits like “Despicable Me” and “Sing”—released “The Grinch,” a computer-animated retelling of the classic story, on Nov. 9, a few weeks before Thanksgiving.

This version of the movie is a bright and colorful romp through the fantastical world that Dr. Seuss first created when imagining the story of the Scrooge-like, furry green hermit that lives at the top of Mount Crumpet. The focus on the author’s colorful and expansive world help make it an excellent and engaging version for children in the audience. The nostalgia factor may even make people reminisce on the magical aspects of their own experiences when watching the original.

The Grinch is as grumpy as ever at the start of the film, as Benedict Cumberbatch does an excellent job of capturing the Grinch’s trademark hatred that he has for the festivities that the Whos in Whoville are celebrating. In this version of the story, the character is made more likable since his dog, Max, provides some levity and sympathy to the character. The Grinch as a character is made significantly more relatable and more complex as a character in this story with a new backstory that was not in any of the other versions.

This characterization of the Grinch makes makes his crusade against Christmas a slightly more understandable one, and also helps the audience connect more to the character. To do so, content is added to the story that differs from the original narrative. The whole movie, in general, adds things to the original story that may seem like a desperate ploy by the studio to turn the story into a feature length film so that they can charge feature-length prices.

This may or may not be the case depending on how you feel about the subplots and running gags which sometimes hit and sometimes don’t. Overall it might not replace the holiday classic version but it definitely is worth seeing for those looking to get into the mood of the season with a nice holiday adventure.

The movie is the third rendition of Dr. Seuss’ “The Grinch Who Stole Christmas,” with the other two being the 2000 live-action movie starring Jim Carrey, and the original 1966 animated short narrated by Dr. Suess himself. This begs the question: does a remake of the relatively simple, classic Christmas tale even need to be retold every so often?

Many of the complaints from people about the new movie were that the new story adds in a lot of fat that could be trimmed without affecting the overall message that the classic cartoon so simplistically delivers. The extra subplots and backstories do not actually add anything to the story itself and really just makes the movie an hour longer then it has to be.

For Nick Kobeski, a first-year premajor, the new retelling of the story updates the movie so that people who didn’t watch it growing up can experience the new story.

“It’s nice that the new movie is out so that little kids can experience a great Christmas story like The Grinch without thinking that it is old and boring.”

Other people think that the new movie is unnecessary and undermines the original story that Dr. Suess was trying to tell more than 50 years ago. Marc Horsfield, a first year political science major, said that the movie was just a way for the studio to play off of peoples’ nostalgia.

“The original movie was made a while ago, with its well-made 2D aesthetic and a simple plot, with a certain ageless quality…I think that it will last longer as a holiday staple in the homes of people then this new 3D cash grab.”