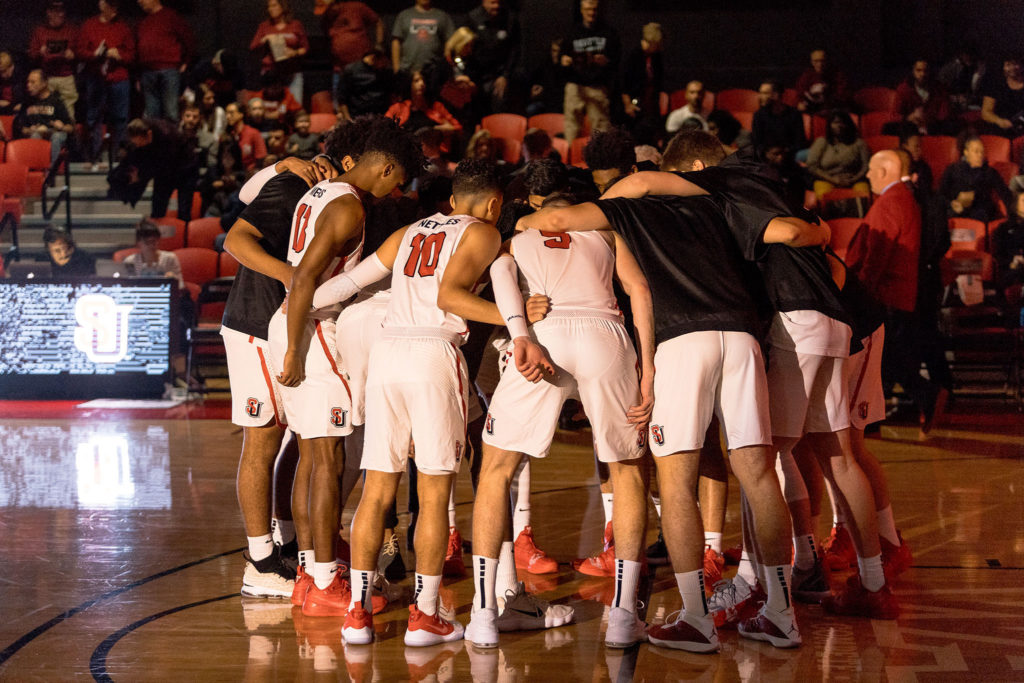 W. Soccer
Women’s soccer had a great run this year, winning their fourth Western Athletic Conference (WAC) title since 2013, beating the University of Missouri-Kansas City. Seattle University is the only Division I program to have made it to its last six conference finals.

Seattle U then played and fell to number one in the nation, Stanford University, in the first round of the NCAA tournament to end a very successful season.

Butterfield was selected as 2018 United Soccer Coaches AllPacific Region Third team, as she was a key player in the success of the tournaments. Seattle finished the season with 10-8-3 overall record and 6-1-1 in the WAC.
M. Soccer
Men’s soccer hosted the Western Athletic Conference (WAC) tournament at Championship Field this year. After earning the third seed in the tournament, the Redhawks faced the sixth seed, San Jose State University (SJSU) in the tournaments opening round.

From an early 3-0 start for Seattle U, SJSU made a comeback to force penalty kicks, where SJSU would ultimately come out on top.

Head Coach Pete Fewing also earned his 300th career win during this 2018 season.
Volleyball
Volleyball wrapped up their season as Seattle U fell to Kansas City in the quarterfinals of the WAC tournament. Seattle finished the season 11-19 overall.

“In many ways, this was a great season. We had strong growth with our new staff and the players learned how to deal with the challenge that six new freshmen, new staff, and many injuries bring to a program,” Head Coach James Finley said. “This team did a wonderful job of coming to practice and working hard even after a set back from injuries or a loss.”
Swimming
Women’s swimming kicked off their season with a refreshed roster. Head Coach Craig Nisgor is entering his eighth season as a coach at Seattle U.

Seattle U began competition against Northern Colorado, then went on to defeat Pacific Lutheran University and Loyola Marymount University.

The Redhawks competed at the Husky Invite and displayed improvement, with five swimmers having a personal best and one of them that made an all-time-top-10 performance.

The men are also seeing much improvement as three swimmers broke into the top 10 all-time 50 freestyle times.

At the Husky Invite, Seattle U has proven to be successful at the 200-yard medley and is showing much growth as many swimmers had personal bests.
Golf
Men and women’s Golf Head Coach Marc Chandonnet is entering his seventh season in the position. The men and women have had four competitions so far into their season.

The women have competed in the Couer d’Alene Collegiate Invitational, Rose City Collegiate, UW Edean Ihlanfeldt Invite, and the Pat Lesser Harbottle Invite; Seattle Placed 16th of 18, 6th of 11, 11th of 12, and 9th of 18 competitors respectively.

The men have had competition at the 2018 Ram Masters, Husky, Nick Watney, and 2018 University of Arkansas Little Rock Invitationals; placing 9th of 17, 5th of 12, 4th of 12, and 5th of 17 respectively.
Cross Country/Track and Field
Head Coach Kelly Sullivan welcomed 33 first-year and transfer athletes in his second year running the program.

As a result of the expansion of the program—in addition to returning assistant coaches Chad Pharis and Tyler King—Seattle U added Tony Monroe, Clara Nichols, Zaquita McClanahan, and Carey Campbell to the coaching staff.

For the Cross Country season, the Redhawks traveled to Sacramento, California for the NCAA West Regional Cross Country Championships. The women placed 31st of 36 total teams (250 runners) and the men placed 22nd of 29 teams (212 runners).

With an expanded roster and coaching staff, Seattle is looking forward to the upcoming indoor Track and Field season.