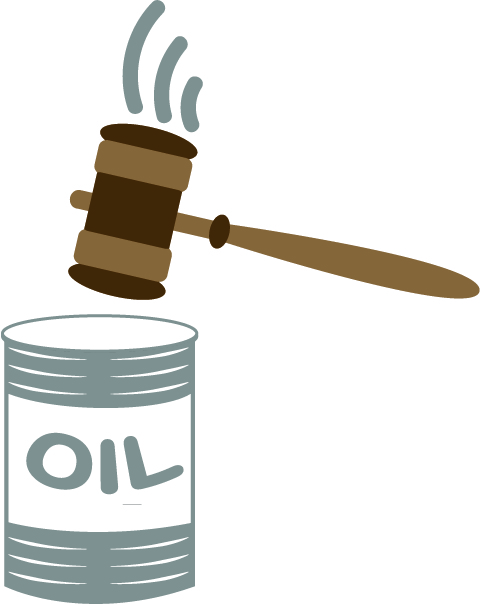 In an unprecedented move, young plaintiffs across the United States are suing the government for violating future generation’s right to clean air.

Sociology student Kiran Oommen is one of the 21 plaintiffs in the case of Juliana v. U.S. and spoke at a Seattle University Center for Environmental Justice and Sustainability event, Youth and Climate Change Activism, on Nov. 13.

“We have a basis for a lawsuit that could hold the government accountable for what they have done around climate change and also potentially cause massive change in the way that we view the environmental policy currently, as well as the way we view the responsibility of the government in regards to the climate,” Oommen said.

The Juliana v. U.S. case was first filed in 2015 against the Obama administration. The case mainly focused on the U.S.’s deals involving oil pipelines and Carbon Majors, the 100 fossil fuel companies that produce over 70 percent of the world’s greenhouse gases.

“Why, as citizens, are we complacent about the interests of powerful corporations and individuals assaulting the conditions of both human life and the life of the many non-human animals with whom we share our place and being?” Jason Wirth, director of Seattle U’s EcoSangha student group, said. “I think the madness of how we live is being exposed for all to see.”

The plaintiffs, ranging between ages 11 and 22, claim that by harming the environment, the U.S. government has violated younger generations’ right to life, liberty, and happiness. The plaintiffs are supported by Our Children’s Trust, an organization working to support youth activists and the environment, and Earth Guardians, a group for young activists, artists, and musicians who are working to bring forth positive change in the U.S.

“Our Children’s Trust has come up with the legal framework for connecting constitution, fundamental rights and the public trust doctrine, which is the idea that governments have the responsibility to protect resources that are used for the common good,” Oommen said. “We have made a connection that that should also include air… Historically we haven’t been able to harm the air on a massive scale, but now we actually are.”

Despite the work that the plaintiffs have put into this case, the judicial and federal branches of government have refused to go forward with this case.

Michael Mayer is an environmental law professor at Seattle U and spent over a decade working with Earthjustice, an organization that is known for filing over 100 lawsuits against the Trump administration for the harmful actions it has taken against the environment.

“We are approaching the three-year mark and [this case] has not gone to trial,” Mayer said.“This one has a specially complex procedural history because the government has been very forceful, very aggressive, in trying to avoid going into the trial [and] facing the plaintiffs in open court. There have been two trial dates set. The first one was for February of this year, and most recently, it was set again for October of this year.”

Previously, Oommen and the other plaintiffs were expected to be heard in court on Oct. 21. Instead, the U.S. government requested that the Supreme Court “stay”, or halt, the decision in an attempt to continue postponing the landmark case. Supreme Court Chief Justice John Roberts agreed to put a temporary halt on the case. On Nov. 21, U.S. District Judge Ann Aiken of the U.S. Ninth Circuit Court of Appeals took a stand against the U.S. government’s effort to terminate the case. As of the publishing of this article, no further actions have been taken by either side of the Juliana v. U.S. case.

One of the reasons that the Ninth Circuit Court of Appeals gave for halting the case was that there were no specific claims that the government could address and fix.

“What we are asking for is a plan…and we will continue to work on that as the case progresses,” Oommen said. “At this point, it is more fighting the case than the plan [after] and it is a very strong plan in the sense that based on the science.”

Both Oommen and Mayer mentioned the National Climate Assessment, published on Nov. 23, a document describing the harm that climate change is currently and will continue to do to the planet. The document explicitly states that not only is climate change real — a fact still under dispute by some government officials — but that for the past 50 years, humans have made it worse by increasing their use of fossil fuels. One of the main environmental focuses of the Juliana v. U.S. case is air quality, damaged by the 240 percent increase of methane levels compared to pre-industrial times.

“The idea that climate change is happening is actually in itself violating fundamental rights of citizens,” Oommen said.

Heather Bergey, a junior at Seattle U and member of the Engineers for a Sustainable World, was inspired by Oommen, her first-year Resident Assistant, and is an active member in environmental activism on campus.

“For SU we can do a number of things and set examples and structures for other higher-ed institutions,” Bergey said. “We can actually declare a date to be carbon neutral—even negative—like so many other institutions, we can buy offsets for things where we won’t be able to reduce our carbon footprint on otherwise, we can push for more sustainability features in the plans for the new science building.”