Vi Hilbert has been open for the entirety of the quarter, with students moving into the building in September, but an opening ceremony marked the official opening and commemoration for all the people that worked on the building, as well as the structure’s namesake, Vi Hilbert.

A tribal elder of the Upper Skagit, Vi Hilbert fought to preserve her people’s culture and indigenous language from being lost to time and Western expansion, like so many other colonized civilizations. The building is not Vi Hilbert’s only named location on campus. The ethnobotanical garden also bears her name. 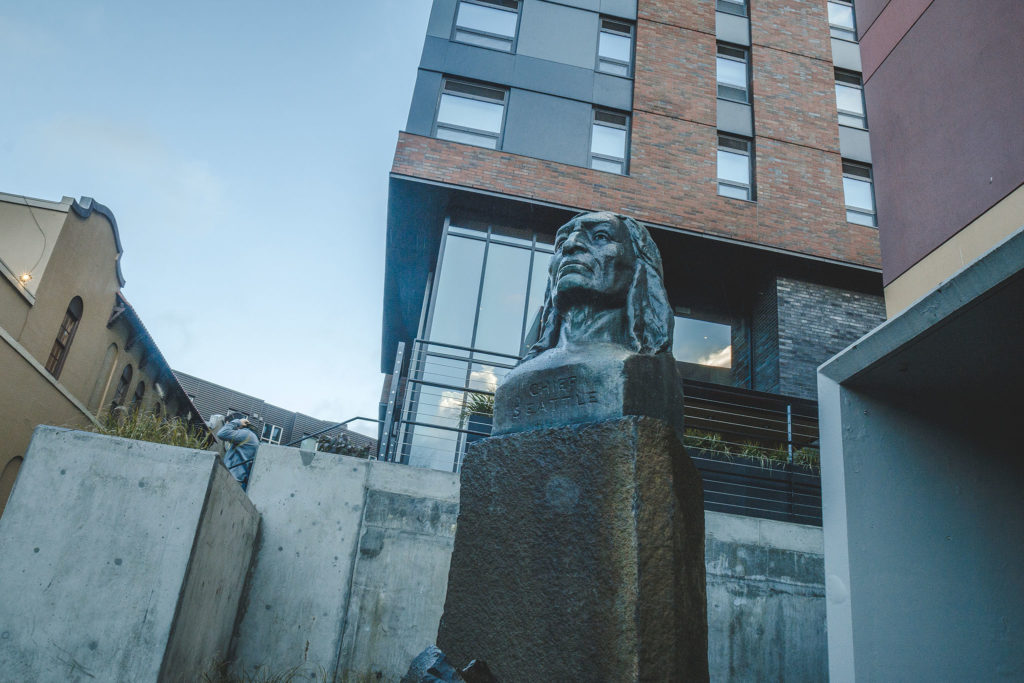 Vi Hilbert’s granddaughter Jill La Pointe was invited to speak at the ceremony, and she addressed the audience in the native tongue that her grandmother worked so hard to preserve.

“I’m so grateful for Seattle University for support, not just in this building, but for years supporting First People,” La Pointe said. “They have been supporting a message of inclusion so that everyone, no matter who you are, where you’re from…we can share in each other.”

A large portion of the ceremony focused on commemorating all the people that came together to help build and design the new building. The list of people that helped to create the new residence included all types of skillsets, from construction workers, to designers and branding, as well as student organizations that helped with input on the building.

President Stephen V. Sundborg, S.J. paid tribute to those that worked on the building right before the ribbon cut.

It seemed strange to many that the building held its opening ceremony in mid-November, despite the fact that students have already lived there for months. To many, the delay may seem bizarre and unnecessary, with the ceremony itself being a simple commemoration of the people that came together to make sure that the whole residence would be completed.

Vi Hilbert Building Manager Tim Maass said that the opening was held so late so that all the cultural pieces that were to be displayed to honor the Upper Skagit tribe and Vi Hilbert could be included in the ceremony.

Biography of Vi Hilbert found in the lobby of Seattle University’s new dorms.

“We are excited to have Vi Hilbert’s family members and other leaders from the community join us in celebrating the opening of Vi Hilbert Hall,” Maass said. “Our opening events have been timed for this week, as it marks the final touches being placed on a display honoring Vi Hilbert and the native Lushootseed language that was so important to her life. We are honored to have some items from her life as part of the collection here at Seattle University.”

The opening ceremony of Vi Hilbert Hall is relatively inconsequential when considering the building’s future as a permanent addition to campus life, but with the integration of indigenous culture and history, this building will be able to add a valuable experience to the Seattle U community.