Disgusted but Not Surprised: An Attack on Asylum Seekers by the Trump Administration 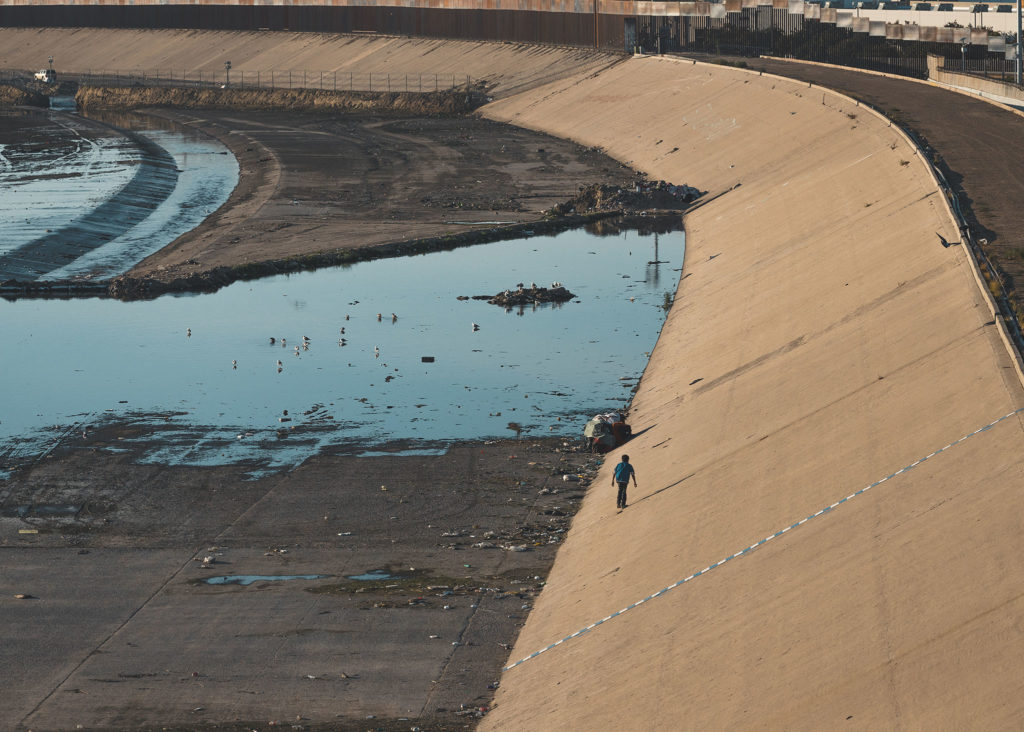 Lone South American migrant walking along the dry Tijuana waterbed, a few feet away from the United States border.

The Spectator Editorial Board

United States President Donald Trump said that military officials should treat rocks thrown by asylum seekers as a “firearm” on Nov. 2, saying that he hoped the military would not respond without a fight. Three weeks later, as the group of asylum seekers reached the U.S./Mexico border, the U.S. military did just that, dispensing tear gas after a few members of the group reportedly threw small rocks over the border wall as they tried to cross into the U.S.

Putting aside the massive waste of money and resources of sending thousands of military personnel to combat asylum seekers, this response was inhumane, not to mention a war crime. Under the Geneva Convention tear gas is considered a chemical weapon and therefore banned from use in warfare, though it is often by police used against civilians.Military personnel responded to a mild threat with chemical warfare on a group which included young children. And the group wasn’t even in the U.S. yet. If this were to have occurred in another other country, the U.S. response could likely have included sanctions and at the very least a strong statement from the president condemning the human rights violation.

For a country that seems to be so fond of starting wars in the name of helping people whose human rights are being threatened, some Trump supporters seem to contradict themselves in supporting this attack on the asylum seekers. Case in point, Tomi Lahren who repeatedly has called for more aggressive responses to human rights violations in the Middle East but named this attack as “the highlight” of her Thanksgiving.

Almost as concerning as the attack itself is Trump’s response to the incident, in which he (again) blatantly denies objective truth and reaffirms his opinion that brown immigrants are not welcome. Instead of accepting what is evident through videos and photos, Trump instead decided to stick to what he knows–lying. He responded to the attack by saying that the form of gas used was “mild” and “very safe”, when first person accounts contradict this statement. Trump also said that border agents were badly injured, though the commissioner of U.S. Customs and Border Protection denied this.

The scariest part about Trump’s lies is that many of his supporters believe every word that comes out of his mouth. His words, unfortunately, have power, which means that when he dehumanizes the asylum seekers by saying that they are an “invasion”, his supporters and much of the rest of the country will follow suit.

To be clear, the group of asylum seekers was well within their rights. They had made clear throughout their journey that they would be asking for asylum in the U.S., as many say they are fleeing violence and persecution in their home countries of Honduras, Guatemala, and El Salvador. By law, the U.S. government is required to help people who state that they seek asylum and people are able to seek asylum even if they enter the country illegally.

The legality of the issue aside, even if this group was seeking to live in the U.S. illegally, tear gassing people who pose no real threat to our military and country is still not okay.

Additionally, let us not forget the U.S. habit of stirring up political unrest and violence in other countries, then denying harbor for a large portion of the people who are suffering due to U.S. intervention. This nationalistic attitude is evident in the miniscule amount of refugees that the country allows in from the Middle East and is clear again here.

No one would endure the tireless and dangerous journey to the U.S. unless they thought the border was safer than their home.

We urge you Trump….try some compassion and know the weight of your words.

For the rest of the nation, pay attention and stay angry.

— The Spectator Editorial Board