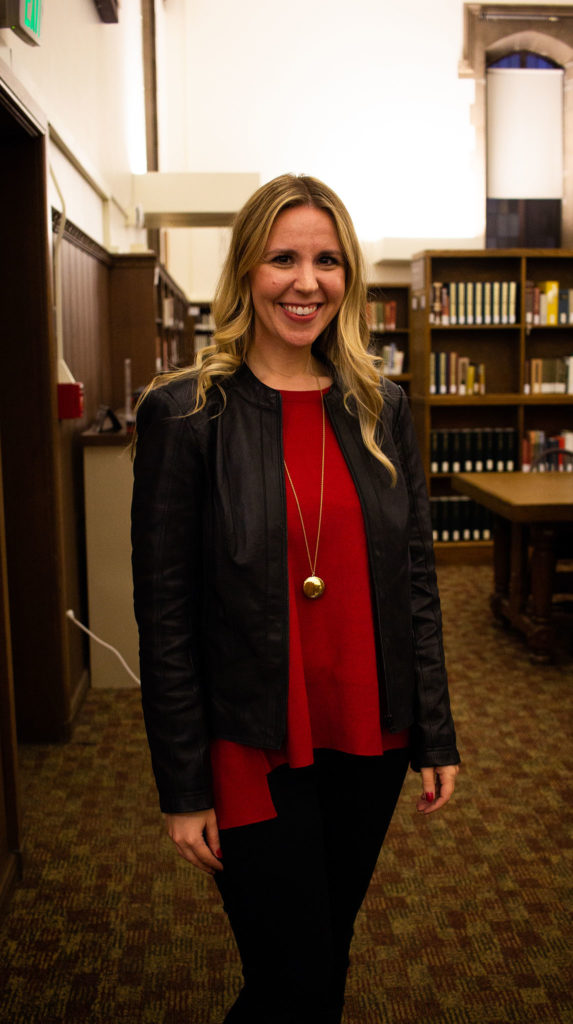 Kira Lehtomaki speaks about her job as an animator at Disney and her role in the new film RALPH BREAKS THE INTERNET.

Kira Lehtomäki, a prominent animator at Walt Disney Animation Studios, came to the University of Washington on Friday, Nov. 8th, to give a presentation about her new film, “Ralph Breaks the Internet.”

Lehtomäki is the Head of Animation for the upcoming sequel to Disney’s hit 2012 film, “Wreck-It Ralph,” a position which she carries for the first time in her career as an animator.

Lehtomäki’s rise through Disney’s animation ranks can be attributed to her desire to be an animator from a young age, and her initiative in taking the necessary steps to achieve her dream career. After watching Sleeping Beauty at the age of three, Lehtomäki felt that she had found her calling. Much of her life became centered around her dream of drawing or animating for Disney, and when she began her first year at the University of Washington, she was presented with a choice that greatly impacted her chances of becoming an animator.

Kira Lehtomaki speaks about her job as an animator at Disney and her role in the new film RALPH BREAKS THE INTERNET.

The Disney films that initially prompted Lehtomäki to fall in love with animation, were largely hand drawn and two-dimensional, but she knew that animation was changing. Computer animation was becoming more and more prevalent in studios like Disney, and Lehtomäki made the decision to major in Computer Science at the University of Washington in order to give herself a chance to join the new wave of animators.

It was not always easy for Lehtomäki, and at times she questioned the route she was taking to reach her goal.

“I was like ‘I don’t know. Should I keep doing this? This is not art. This is not what I wanted to do’, and so I was questioning my path to get to the studio, but I’m really glad I persevered and got through it,” Lehtomäki said when reflecting on her decision to stay with the Computer Science program.

Lehtomäki’s well rounded abilities eventually landed her a position with Disney, following an extensive training program, and she has continued to move her way up since. With Ralph Breaks the Internet coming out on Nov. 21, Lehtomäki’s first film as Head of Animation is set to be released, in what can be described as a culmination of years of drive, determination, and focus.

Lehtomäki considers “Ralph Breaks the Internet” one of her greatest achievements in animation. The film, starring John C. Reilly and Sarah Silverman as two video game characters on a quest through the complex and infinite internet, is anything but conventional, and Lehtomäki is among those responsible for bringing that incredible world to life.

With the movie’s take on the immeasurable vastness of the internet, it seems inconceivable that a single animation team would be able to handle the task of animating such a world while continuing to focus on every individual detail. However, computer animation, every detail has extensive lines of code that led to its presence on screen. The amount of code that goes into every scene and every individual character validate Lehtomäki’s decision to stick with Computer Science.

By combining the separate realms of video games, the internet and even the Disney princesses in the film, there is no shortage of elements that almost any audience member could enjoy. That intertextuality, as Kirsten Thompson, a Film Studies professor at Seattle University, describes it, creates an enjoyable viewing experience for those of all ages.

The intricacy of some of the characters Lehtomäki has overseen has no doubt contributed to her quick rise to the upper ranks of Disney’s animation studio.

Aside from the change in animating styles that the new era of Disney films has ushered in, Thompson has noticed another development in more recent Disney cartoons, many of which Kira Lehtomäki has been a part of.

“Much of Disney production [of films that Kira Lehtomäki has worked on is] part of a change in the Disney heroine from the classical version, which would be considered much more passive female characters that have to be rescued, to much more active female characters with agency [and] intelligence,” Thompson said.

Although the vision of the writers for many of Lehtomäki’s films have written strong female characters into the plot, Lehtomaki is the one to bring them to life through her animation. It is not just her skills as an animator, however, that perfect each of her characters. She feels a personal connection to many of the characters that she works on, and the same goes for the two main characters in “Ralph Breaks the Internet.”

“Every single character you animate, you find that little piece that feels like you,” said Lehtomäki as the interview drew to a close.

Perhaps her inspiration for how she animates her characters is not just informed through her computer skills, but also from her inner passion that still burns strong through all these years.