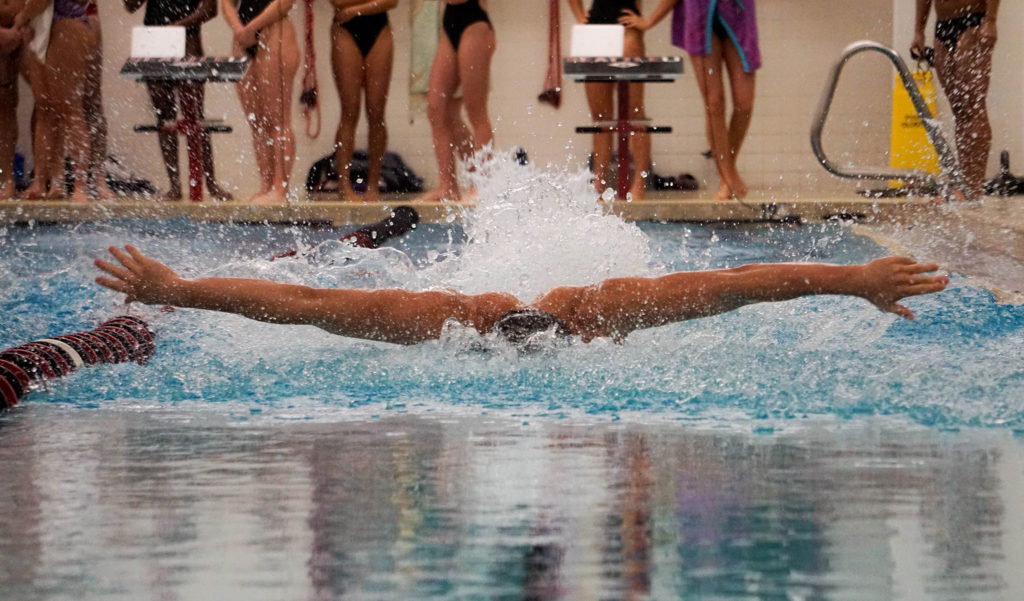 Alumni of the Seattle University swim team hit the pools on Saturday, Nov. 10 to compete and meet up with fellow former Redhawks.

The alumni meet began eight years ago during head coach Craig Nisgor’s first year at Seattle U. He had the idea to bring past Seattle U swim team members together for a fun competition.

“I just wanted to try to get everyone that had been here back and have a chance to remember being an SU swimmer,” Nisgor said. Around 20 people showed up, which is about average. Nisgor says that 20 to 30 alumni usually participate.

“We definitely got a good crew, and it was a good weekend to come and get a chance to see the homecoming activities as well,” Nisgor said.

“It is always fun,” Nisgor said. “It is great to have people come back. It is strange for some of them now because they are coming back to the alumni meet and they do not recognize anyone on the team because they have graduated over four years ago. But it is fun for them because they see the people who have broken their records, and then they get to race them.”

“We had three alumni beat records set and we were pretty excited, and I know that the people who came back and did that were excited as well,” Nisgor said.

The majority of alumni who showed up were from the graduating class of 2013 and on, but sometimes alumni from before this showed up as well. Often it is swimmers who have been coached by Nisgor that show up. This year one alumni from the class of 2010 came to watch the races.

Some alumni came wearing old uniforms and swimsuits, and there was a lot of joking around and laughing with old teammates. Nisgor says that Seattle U will continue to host alumni meets every year, and he hopes that every year more alumni will visit and relive their days of swimming in college.

Bailee may be reached at
bclar[email protected]