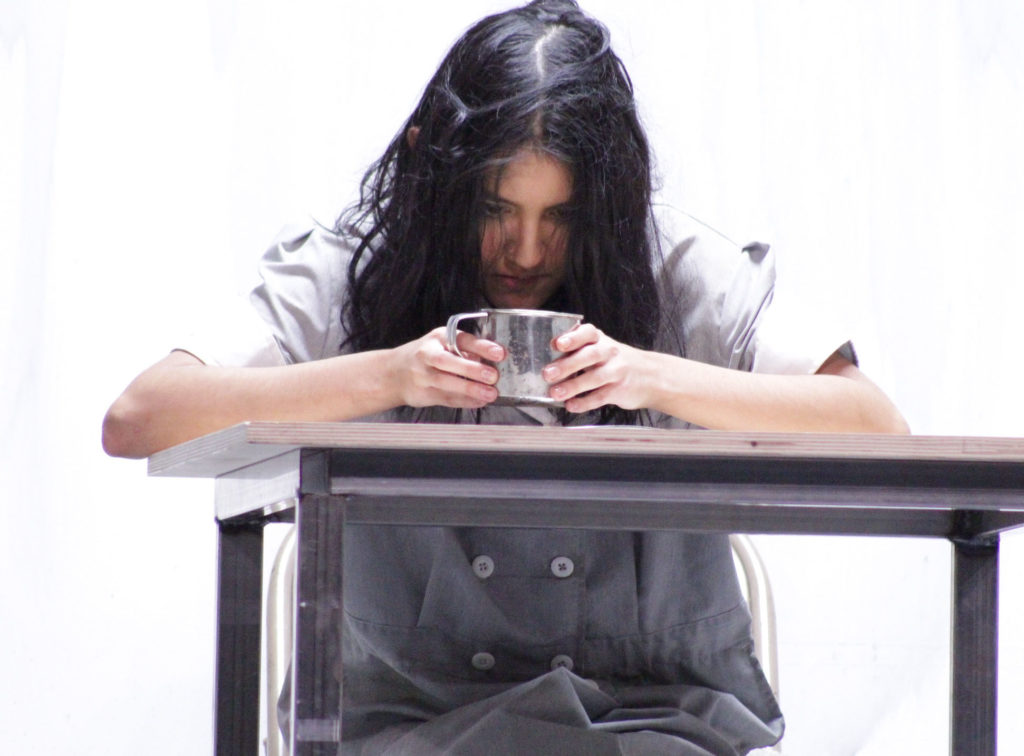 “This play contains graphic sexual violence and assault; If you unable to attend this performance for any reason please leave now so you do not disturb others.”

A voice echoes this warning over the speakers of the playhouse as people get settled into their seats. The lights lower slowly as the theater is covered in a deep blackness, and this is where The Conduct of Life, Seattle University’s Theatre and Performing Art Group’s latest production, begins.

The play is the story of a household in mid-1800’s Latin America and tells the tale of a Lieutenant Commander and the violence and abusive acts that he commits in pursuit of power. The play looks to answer the age-old question of how people should live their lives to the fullest.

“It presents a multitude of ethical questions and asks us to reflect on what we prioritize in our lives,” Derek Jones, a second-year theatre major and assistant sound designer, said.

The play is not just about the deplorable acts of Lieutenant Orlando, but about all of the hope, humor, and humanity that exists around these evil deeds of men.

There are scenes of comedy, like the packing scene, or an argument about preparing breakfast. In this otherwise dark and dreary play, the light-hearted moments that help illustrate the large difference between the actions of the Lieutenant and what a world of hope and love can look like.

Bella Rivera, a third-year theatre and psychology major, plays Nena, the young girl subject to so much abuse. She said that an important message of emotional strength of her character versus the physical strength of Orlando is important because “she somehow finds in her heart the ability to forgive people, which is real strength in the play.”

Every scene ends with the lights fading away as Latin music plays when the lights are down. As the actors shuffle to their marks, getting ready to perform the next step, the play progresses and the music slowly devolves into more frantic tones to reflect the heightening tensions as the audience watches the deplorable actions up close.

Floodlights flash on whenever a violent scene comes on. The stage goes pitch black to being bathed in light, shocking all the audience’s senses as Orlando brutally attacks and rapes a small woman on the raised stage representing the attic.

The stunning lighting changes increase the uneasiness that the acting and set design already establishes. Before the audience even realizes what has happened, the play is over and the uneasiness lingers as everyone fights their way back into the uneasy reality no one is sure they ever really left.

After such a powerful performance, the whole cast and the director came out on stage feeling that it is important that there is a time to discuss after each show.

Seeing Ivan Guillermo, the actor who played the lieutenant, committing horrible crimes can be an intimidating, overwhelming experience. As he gets lost in the character, seeing him as the fun actor and not the imposing military man shakes away the vestiges of shock left over from the experience. The play as-a whole is an excellent exploration into the human spirit and is an intense must-see experience.

Another important aspect of the play is the trigger warnings that are posted everywhere; from the entryway of the theatre to the brochure, to the website, and of course verbally announced before the play began. This begs the question of whether or not art can qualify for a trigger warning.

“[The cast and crew] had to take responsibility for any issues that people had,” Ki Gottenburg said, the director of the play, regarding the use of a trigger warning.

When talking about working with the team to create such sensitive material she said that “it had to not be exploitative, but real enough for [the audience] to feel empathy,” she said.

“Theatre is really specific in the way that it happens in front of you with real people… it’s happening so close to you,” said Rivera. This can make things especially traumatic when they happen and can stir up some bad experiences.

Social and political changes that have been happening in the country and the community are something that we have to remain mindful of says Gottenburg, but she thinks it is still important to have plays that discuss these types of materials.

“We need to be cognizant that bad things happen and acknowledge it [within art],” she said.