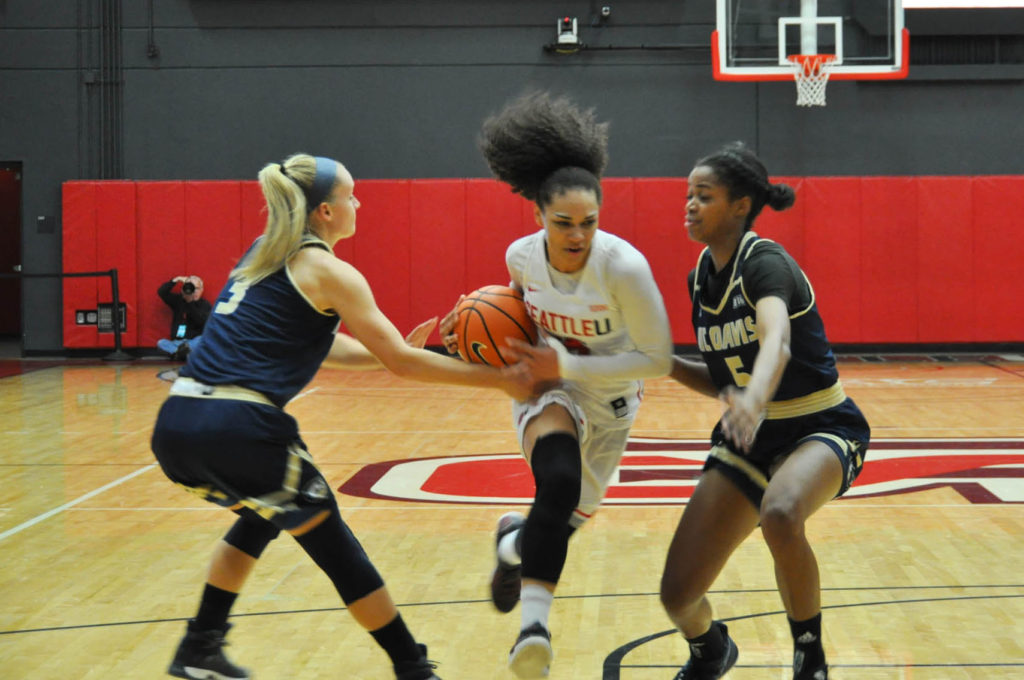 Kamira Sanders showed what she is made of last year as she dominated the Western Athletic Conference (WAC) tournament, scoring 19 points in the semifinals and 20 points in the finals. In the finals, she sunk two of the most important late free throws of her career thus far and ensured the Redhawks’ victory and earned her tournament MVP honors.

Born in Redding, Calif., Sanders stands five feet seven inches tall, plays tough defense, and has been dominating on and off the court going on three years now. Sanders is a junior here at Seattle University studying communications.

Sanders was named a member of the 2018-19 Preseason Women’s Basketball Media All-WAC First Team and last season averaged 11.5 points, 5.6 rebounds, 3.4 assists and a team-high of 1.7 steals.

“She has been really willing to take on more responsibility on the scoring part. But it has also been about her willingness to grow as a leader and as a young woman,” Barcomb said. “She has the ability to score, especially when she has the best defender on her.”

Sanders is excited for the season and is looking forward to competing and has her eyes on winning another championship.

“We want to get back to the dance, but this time we want to do it differently. We want to get past the first round and make it more comfortable and prove to all the other teams and everybody else that we’re meant to be there.”

Sanders has not only upped her game on the floor, but Coach Barcomb said that Sanders has really stepped it up academically as well and is continuing to stay strong and believe in herself off the court.

“She just throws herself into the academic aspect and so I think I’m more proud about her academic growths, more than anything. I know she has the talent basketballwise, she has to work her tail end off academically and I am very appreciative of that.”

Sanders said that her favorite aspect playing for Seattle U is the positive and encouraging environment on campus. “The relationships with the team, the staff, just everybody is really positive. Everybody is just so encouraging and it’s a good environment to be in.”

The Seattle U Women’s Basketball team is going to be held to a very high standard this year and Kamira Sanders is a player to watch as they strive to exceed their success last season.

Kaela may be reached at [email protected]