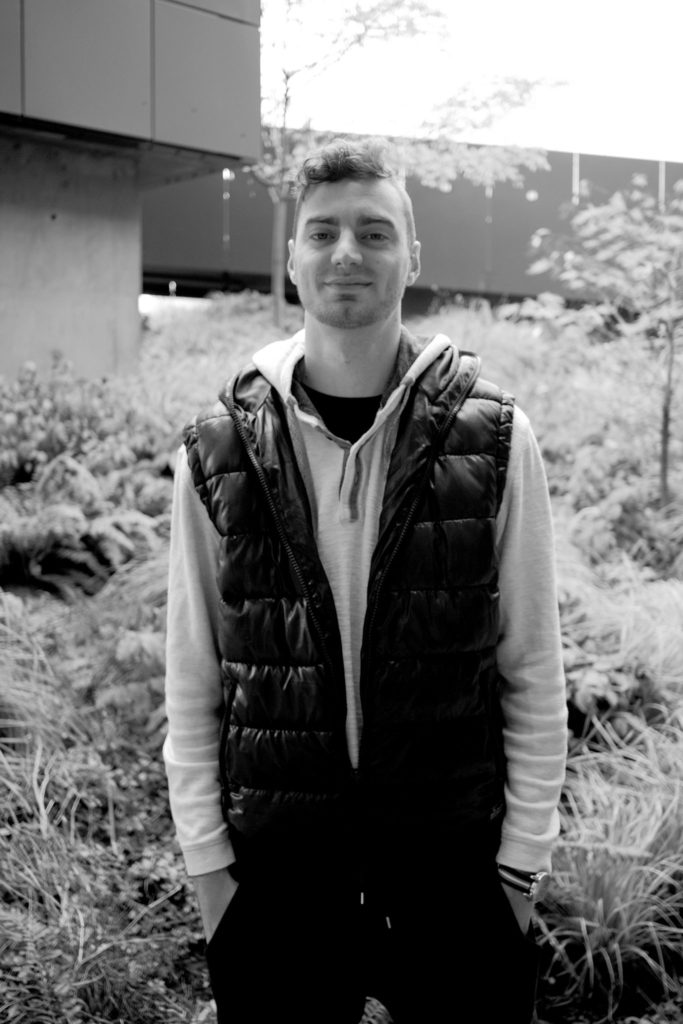 It is hard to miss the six foot eight inch figure of Matej Kavas as he walks across campus. Kavas is a fairly reserved business management major, but he also is among the five best basketball players in the Western Athletic Conference.

Kavas is from Ljubljana, Slovenia, and he came to Seattle University four years ago to pursue his passion.

“I have always wanted to play basketball at a high level and also get my education which is not possible in Europe, you can only play professionally,” Kavas said.

He has played basketball since the age of 10 and hopes to continue after college. His coach and teammates say that he is dedicated and a good team player.

“What I love most about him is that he is one of our hardest workers and he is really level-headed and has a very pleasant attitude,” Head Coach Jim Hayford said.  “I just really enjoy his friendship and helping him develop and becoming the very best he can be.”

Seattle U’s season starts Nov. 6 when they take on Stanford, but Kavas got a jump start on the season when he was selected to the preseason all-WAC first team. Coach Hayford stated that this prestigious recognition means Kavas is among the five best players in the conference. Hayford has only been head coach of the team for a year, but he has seen growth and progress in Kavas’ game and sees potential in Kavas’ future.

“He is one of the elite shooters in college basketball, he has had some amazing shooting nights that led us to victory,” Hayford said. “He will play professionally, it just remains to be seen at what level.”

Outside of his on the court exploits, Kavas has found a family in his teammates. “We are always together, we hang out all the time,” Kavas said. “We are definitely best friends.” Although Kavas is far from home, he has no regrets in coming to Seattle U.

“I am really happy to be here and I have had a very good time here,” Kavas said. “I just like winning and getting excited with my teammates.” Kavas is a redshirt junior, so he has the opportunity to play this season and one more to further build on his skills and career. Kavas feels that he has improved on every aspect of his game since playing at Seattle U, and hopes to continue to grow.

Kavas was the team’s leading scorer last year, averaging 15.2 points. Kavas’ teammates and coach speak highly of his personality on and off the courts, and he will be key to the Redhawks success this season.

Bailee may be reached at [email protected]