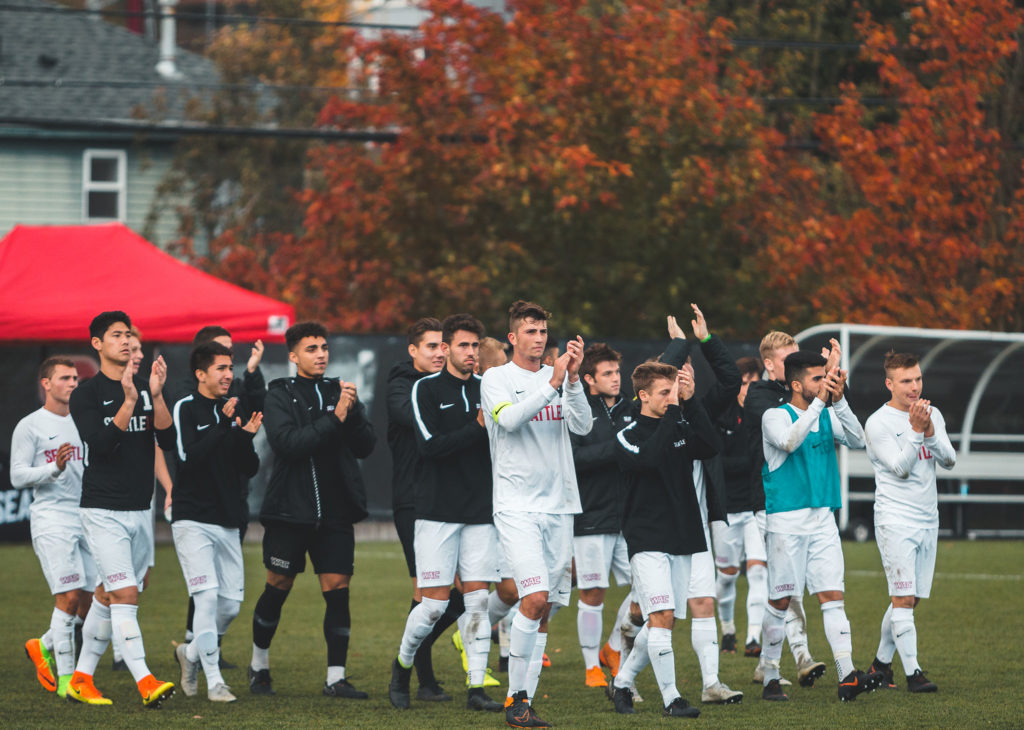 Men’s Soccer Head Coach Pete Fewing took home the game ball on Friday Nov. 2 as the Redhawks defeated the University of Texas Rio Grande Valley, giving him his 300th career win as a coach. Fewing is in his seventh season as head coach of a Division I program and his 25th season at Seattle University. Fewing led the Redhawks to their third WAC Championship last year and went to the NCAA tournament three times in five years.

“It makes you kind of reflect, we’ve had a lot of great young men come through during my time,” Fewing said. “It’s one of those marker points where you look at it and say, I am very lucky to have this job.”

Fewing was also the head coach of the Kitsap Pumas of the Professional Development League (PDL) in 2010 and 2011, aiding in the 2011 PDL National Championship win in 2011. The PDL is a developmental league for North American soccer.

“Again, it’s the guys, we are so lucky we are able to coach a lot of terrific young men. 300 has snuck up pretty quick, I don’t remember 200, but it’s  fun and I am lucky to have the job and be a part of this.”

Fewing also coached Alex Roldan, who became the first Redhawk to be selected in the first round of theMLS SuperDraft when the Seattle Sounders  picked him in 2018 with the 22nd draft pick.

Last year, Seattle U was one of five teams in Division I to have won 11 games recurrently for the past five years. University of Denver, Akron, Notre Dame, Clemson also fell into this category from the 2017 season.

“We have won two national championships, so those are significant in my memory. We got over the hump of beating Simon Frasier (3 national tites) in the NAIA and Seattle Pacific University (5 national titles). We are getting to the point where we are beating those teams. The last two games against Washington, we’ve won three, lost two. Beating UCLA here was spectacular, and any of the playoff games are showing how historic the program is becoming.”

Pete Fewing and the Redhawks will finish out their season on the road at San Jose State before returning home as Seattle U hosts the WAC tournament Nov. 7 through the 11 at Championship Field.