New Faces, New Ideas: The Who’s Who of SGSU 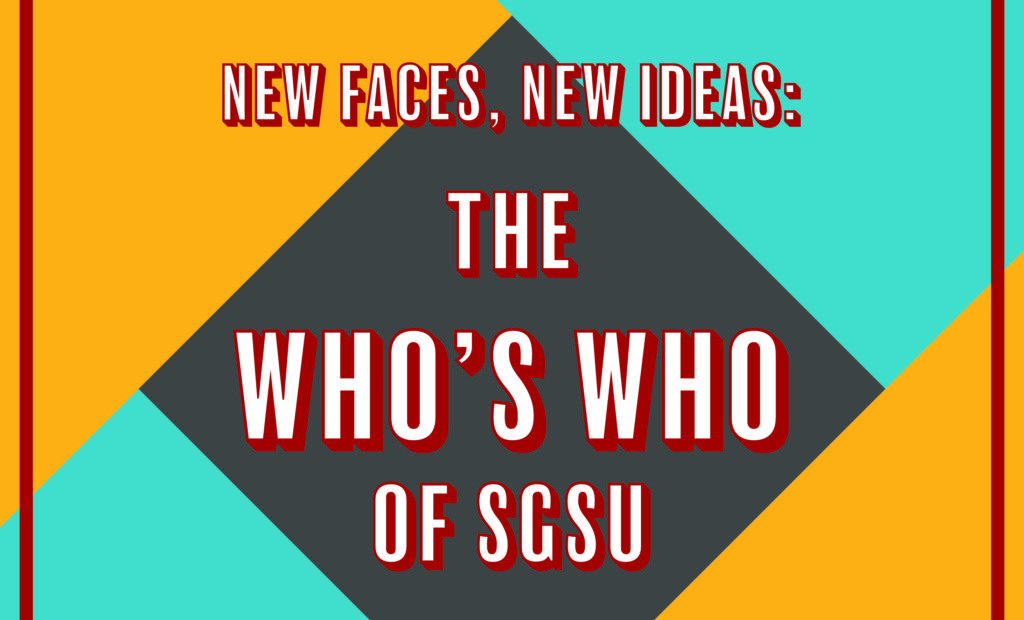 As the first month of school comes to a close and midterms begin, the Student Government of Seattle University [SGSU] elects new members to their council. While only seven members of the council have been finalized, interviews for the positions of President, Vice President of University Affairs, Athletic Representative, and Non- Traditional Representative are currently being held. The results are expected to be announced either on Halloween or shortly after.

“We have a very diverse group of candidates,” Jess Juanich said, the interim SGSU President and current Executive Vice President. “It has been a little challenging that we were not in the traditional sense. We have done some appointments and some elected positions. But all in all. . .the team has been very supportive during the interview process for our candidates.” 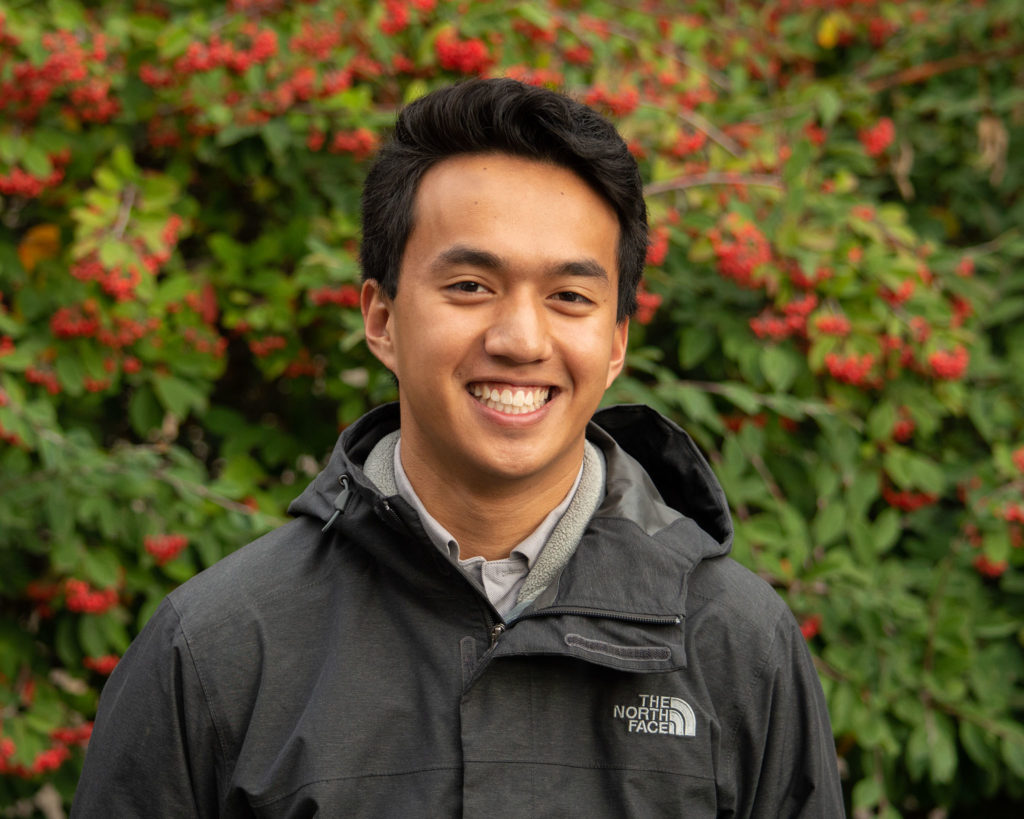 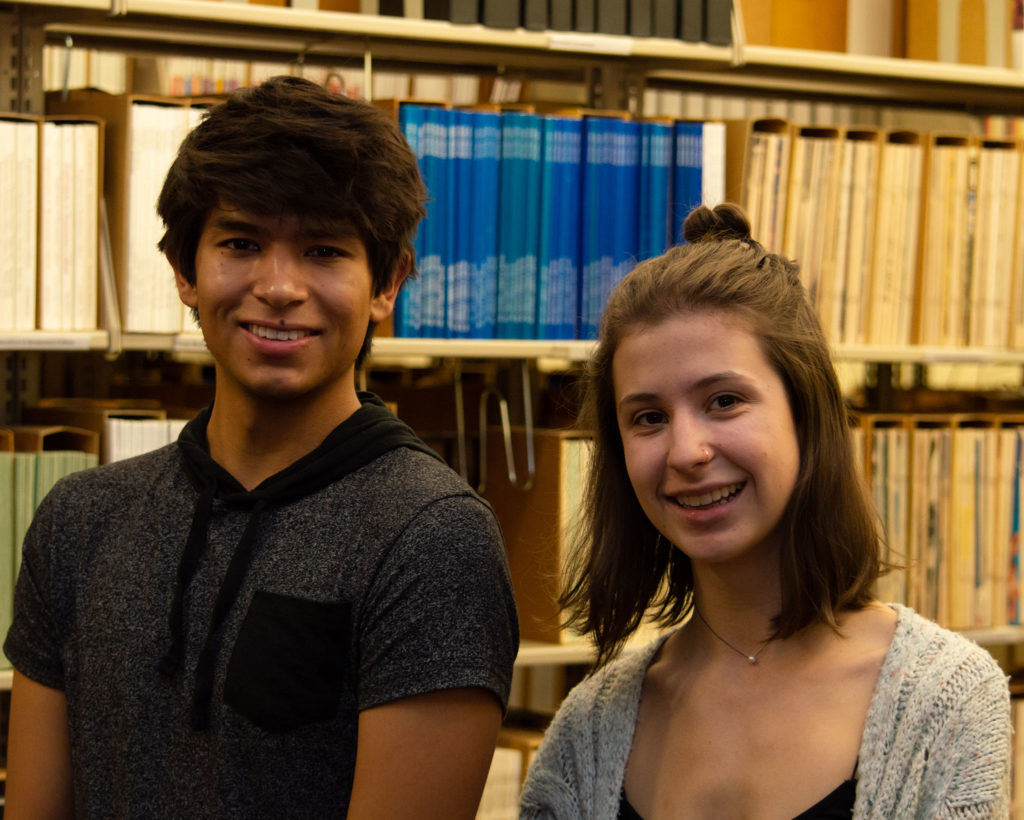 “The biggest priority for me is building a community,” Maxwell said. “I think a lot of people think that their voice doesn’t really matter and it’s really easy to think that with the bigger election going on. I think it’s important to be someone who is open and willing to discuss ideas, even if they are different to your own.”

Vasquez elaborated on this by saying, “As freshmen, especially when people come to college, they come with. . .little or no friends. . .they come from a lot of different places in the world. . .I think that trying to.. being a really inclusive community. . .I think that’s the highest priority, especially as freshmen representative. For me, it is just about making sure that people have fun.”

A similarity between these two co-chairs is their desire to involve all students, regardless of their political affiliations.

“I just want to create bridges for everyone to talk,” Maxwell said. “[I want to have] an emphasis on including people who have a harder time being able to talk about what they care about.” She went on to highlight the council’s willingness to break barriers in order to connect with the entire student body.

“There are people who have different values and opinions here. And it’s hard when the majority is very strongly worded about their opinions to feel that you are okay and that you are in a safe space to express those things,” Maxwell said.

Both of these elected representatives have prior experience in student government and leadership positions.

“In high school, I held a lot of leadership positions. I was a peer leader, what we called it at my school — as seniors you helped all the incoming freshmen adjust to their schedules. . .[and] for the last four years I’ve worked on a youth board in Boulder County,” Maxwell said.

Vasquez has similar leadership experience being the president of his school’s theater program.

“One of the rules I made for myself was [to] be willing to try everything at least once,” Vasquez said. “One of the things I hate most in life is regret. . .you can change things in the present and in the future, but when it comes to regret. . .it’s that feeling that there is nothing I can do about it, what is done is done.”

Being a part of SGSU is Vasquez’s way to be a part of every aspect of Seattle U and to connect with more people that he may not have gotten the chance to meet otherwise. 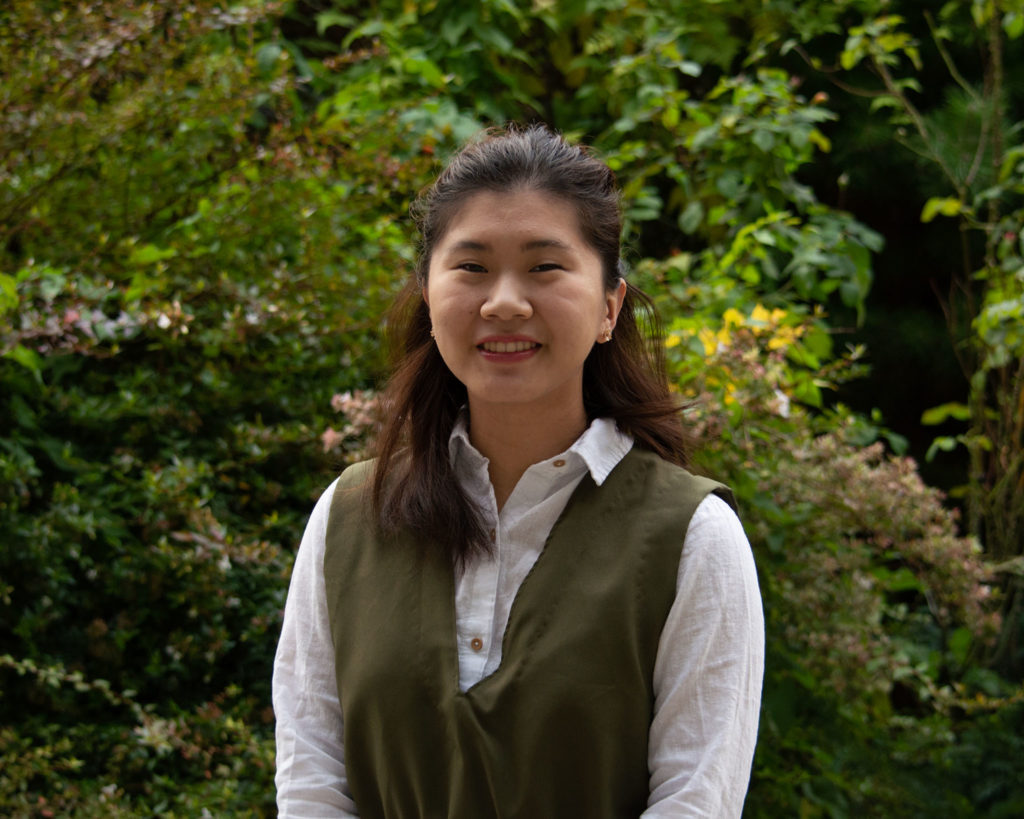 Erika Ozawa is Seattle U’s new Junior Representative. In this role, she will be in charge of representing the Seattle U Class of 2020 and expressing their concerns to the administrators of the university. One of the main issues that she will be focusing on during the coming year is boosting students’ enthusiasm for school events.

“I feel that mainly it is about school spirit,” Ozawa said. “And one of the things that I feel, especially as a junior, I feel sort of not as close to the campus as I did my freshman and sophomore years.”

Ozawa plans to connect upperclassmen to Seattle U’s campus life through a variety of different community building activities such as scavenger hunts and conversations.

“Our school does really well on professional building. . .But then the community portion is also part of our whole self. So I feel like we need more community building types of events on campus,” Ozawa said.

In order to address these concerns, Ozawa is committed to making the SGSU council a welcoming environment here to express the students’ opinions. By doing this, Ozawa will be able to be the spokesperson for her constituents on campus and be able to amplify the voice of all students.

“I really feel like helping plan school events that involve the school community. . .That is the main complaint that I hear from people on campus is that they don’t feel like the student’s voice is heard in lots of events and school things,” Ozawa said. 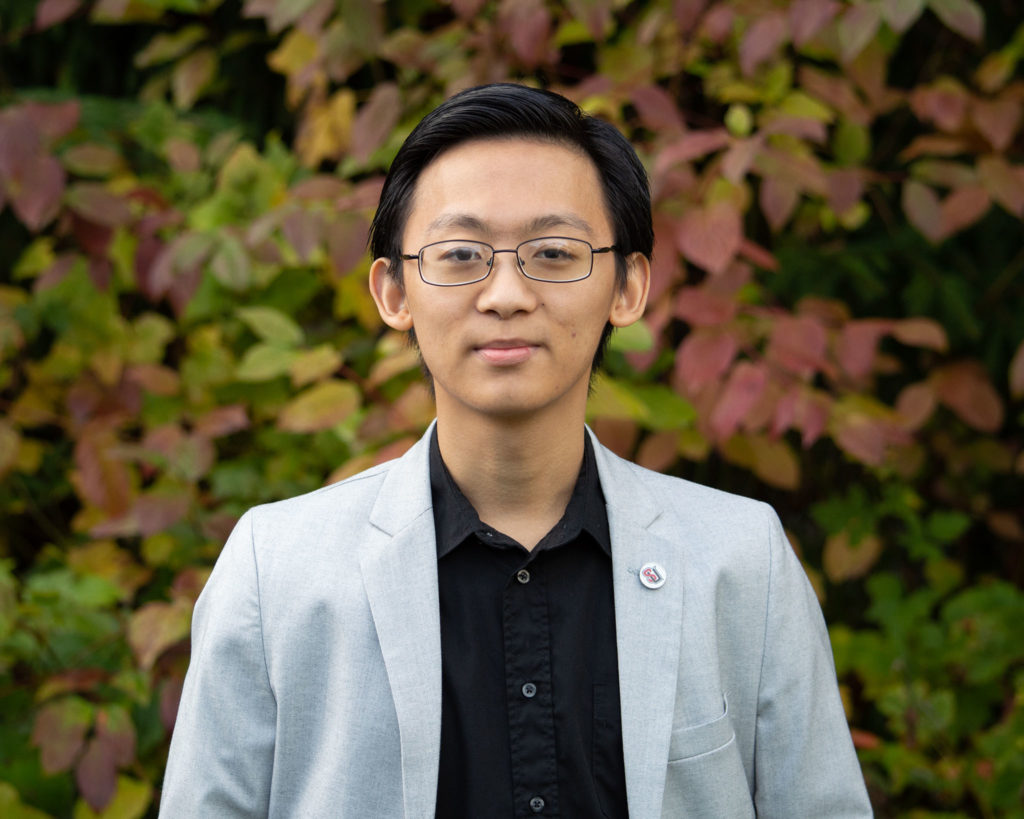 Chung-Jen Chen, more commonly referred to as CJ, will be representing transfer students on the SGSU council throughout this coming year.

“I want to bring change to campus,” Chen said. “I also want people to know that SGSU is there for the people. . .we don’t want people to be intimidated.”

Chen grew up in Taiwan before moving to Tacoma, Wash. He went to community college there before transferring to Seattle U. This experience gave him a much-needed perspective into the unique issues that his constituents would face as transfer students.

“My number one priority would be to focus on [the students’] needs. . .And for the transfer students. . .that they have an easier time to adjust to a new school,” Chen said. 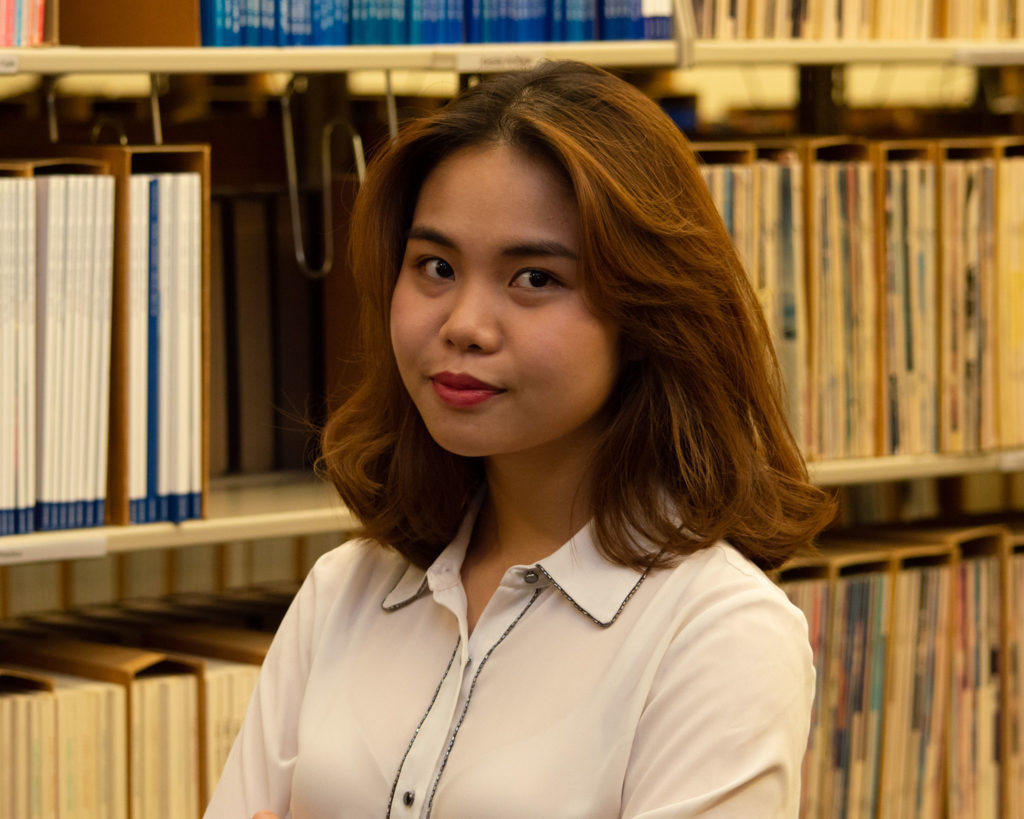 “Being a campus leadership, I enjoy listening to the student body concerns and difficulties,” Nguyen said. “(I can) combine these all, sharing with my personal experience, to implement positive and meaningful changes.”

Nguyen is a transfer student from South Seattle College, where she was an active member in the community. Her prior leadership experiences involve being an advocate for the South Seattle College Tenure Committee and the Public Relations officer for the Women In STEM club.

“I would like to host events where students can learn from each other, such as Trivia game show, or events about the cultures of countries around the world,” said Nguyen. “I also want to open a small workshop every quarter to help students overcome anxiety and pressure to study at school.” 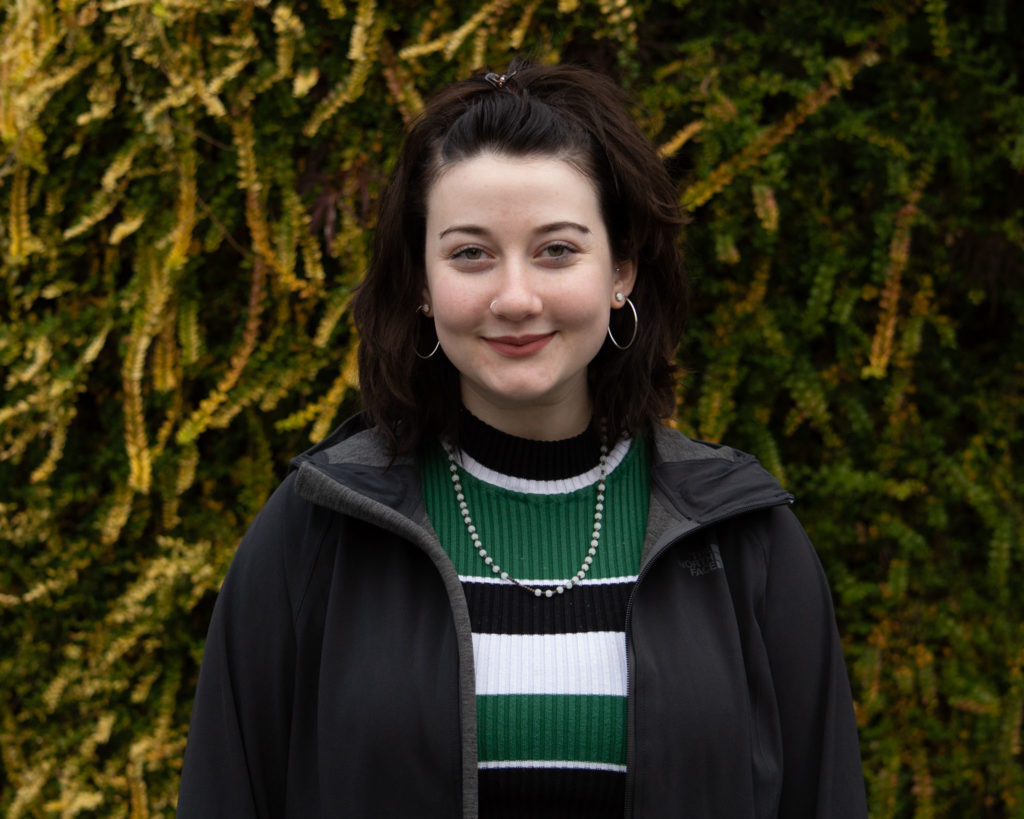 “A lot of people don’t even know that we have a disabilities program, to begin with,” Reich said. “It’s just the way life is, if you are not someone who suffers from disabilities or has someone close to you [who is], it’s not necessarily something that is on your radar. I think just general awareness is the first step to get things rolling.”

One of the ways that Reich plans to make this goal happen is connecting with the Students for Disability Justice club. This club, though lesser known, has been involved with coordinating different events on campus such as their annual “Disabled and Proud photo campaign” and hosting intersectional picnics.

“I hope that [the SGSU council] would be one that is known for considering a lot of different perspectives,” Reich said. “It’s most important to me that the council is coming from all these different places, we have all of these different representatives for a reason, and I think that it is really important that we represent the diversity of our campus, even if we are a small council.” 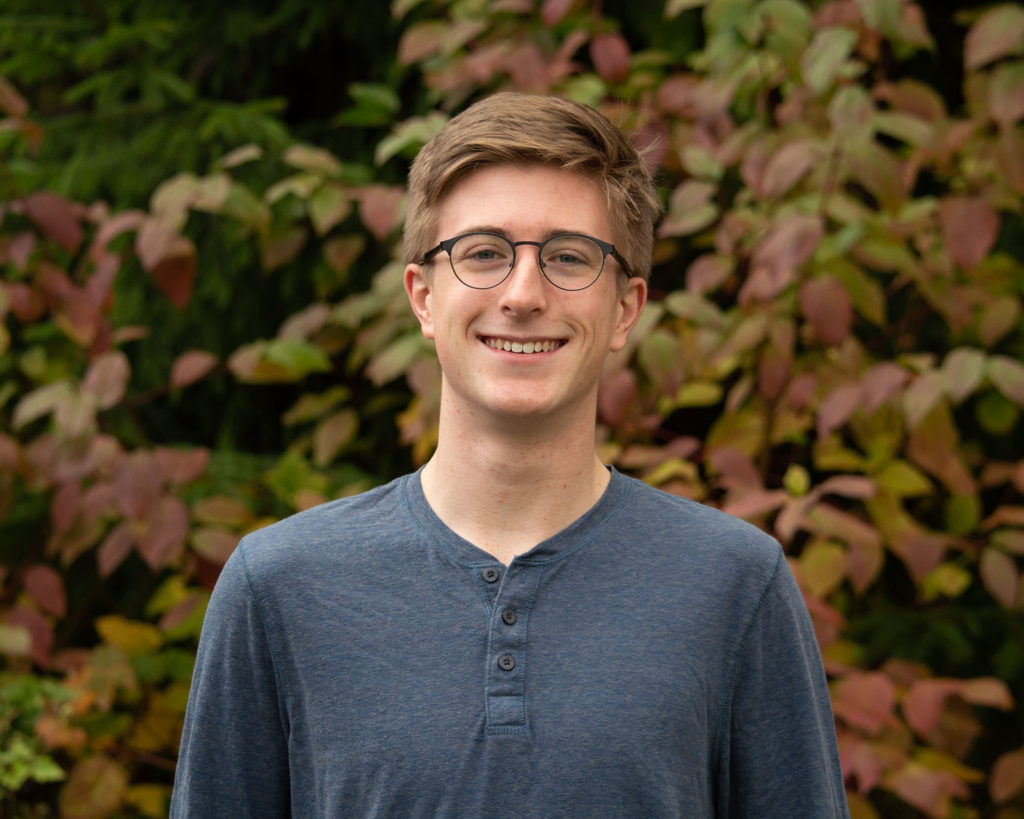 The person in charge of ensuring that the other representatives’ plans get organized and communicated to the respective members of the council is the At- Large Representative—Graham Wielgos. He has been elected to represent the Seattle U student body in this way, and he is excited to take on the challenge.

“I really wanted to find a way to get to know the student body and help out with their concerns. I think that my previous experience makes me a good person to work on SGSU,” Wielgos said.

Wielgos is familiar with the stress involved in ensuring that a shared goal comes to life. Throughout high school, he worked as the president of a student-run theatre company.

“I’m really excited to go to all the SGSU events and help plan those,” Wielgos said. “I think that around the holiday season, we’re gonna have a lot of fun. They have some great things planned already and I am excited to be a part of that.”

In addition to planning events, Wielgos is enthusiastic about the prospect of connecting with students and groups on campus while working on future projects that the whole campus can enjoy.

As a whole, the 2018-2019 SGSU council has a shared vision of being a group that Seattle U students can rely on. The new members are dedicated to communicating with all students on campus. While office hours have not yet been decided for the individual council members, they are already beginning to discuss upcoming events and how to best serve their new constituents.