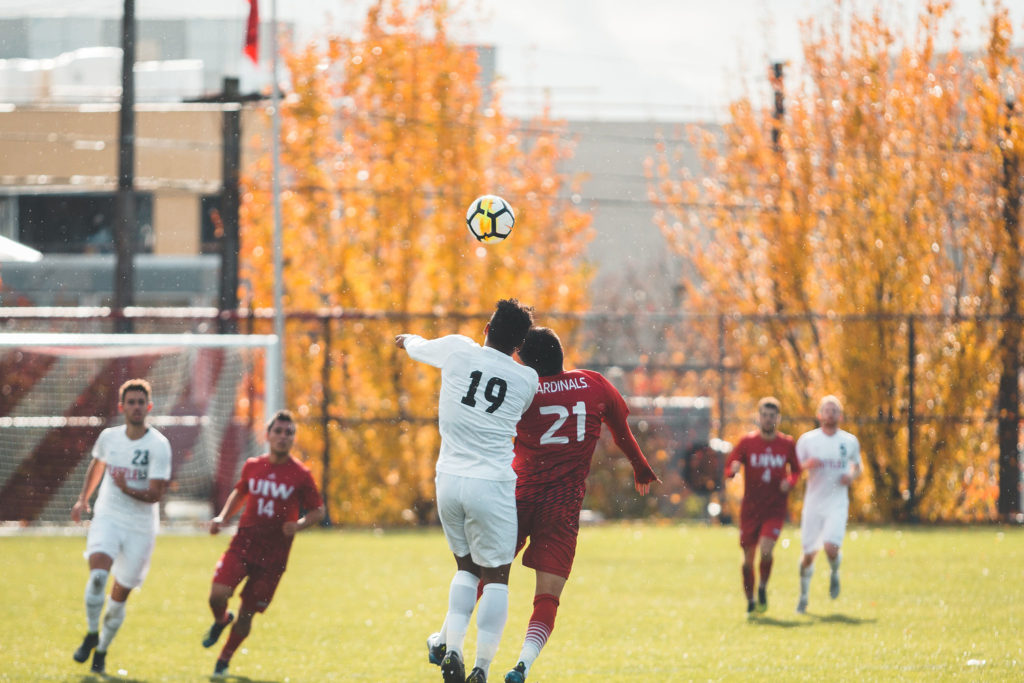 It was a historic day Oct. 26 as head coach Pete Fewing clinched his 300th career win against UTRGV. The Redhawks started slow as UTRGV found the back of the net in the opening minutes of the game. Seattle U wasn’t going down without a fight as Hal Uderitz tied the game in the 10th minute. Noe Meza had the game-winning goal as he secured a Redhawk win by scoring in the 66th minute.

“We lost two in a row, so to come out and get back on track with a win is good. I’m really proud of the guys,” Head coach Pete Fewing said. “We want to keep the momentum going.”

Two days later, the Redhawks took to Championship Field for senior day as they sent their seven seniors off with a 3-1 win against Incarnate Word, thus clinching their spot in the WAC Tournament. Incarnate Word scored in the first minute of the game. Julian Avila-Good retaliated by scoring in the 3rd minute. Uderitz, slid the ball past the keeper in the 10th minute. Finishing things off for the Redhawks was Declan McGlynn who scored in the 39th minute.

“This is the first step to the WAC Tournament,” Junior midfielder Julian Avila-Good said, “Right now, we’re thinking one game at a time. I mean obviously you have to be excited for the WAC tournament at home, so I think this is a really good step in the right direction.”

Soccer plays their last game of the regular season Friday, Nov. 2 at San Jose State.
Cross Country
Seattle U hosted the WAC Cross Country Championships this past weekend (Oct.27th). It was a foggy morning at Jefferson Park, but that didn’t stop senior Eli Boudouris and graduate student Ben Monk from making it to the podium and finishing in the top ten.

“We came in seeded seventh and we got third,” Head Coach Kelly Sullivan said. “I wanted more for them, but they’re working hard.”

Boudouris earned First-Team All- WAC and finished seventh overall with a time of 24:34.00. Monk followed close behind as he was awarded Second-Team All-WAC running a 24:39.40.

“This team has so much heart. We came into this ranked seventh out of eight for the coaches poll which is insulting if nothing else. Getting third as a team and running like a team, getting guys so close. We had our fifth guy fall, which it happens, its cross-country, but we’rex` just so excited to have a place like that and run as a team.”