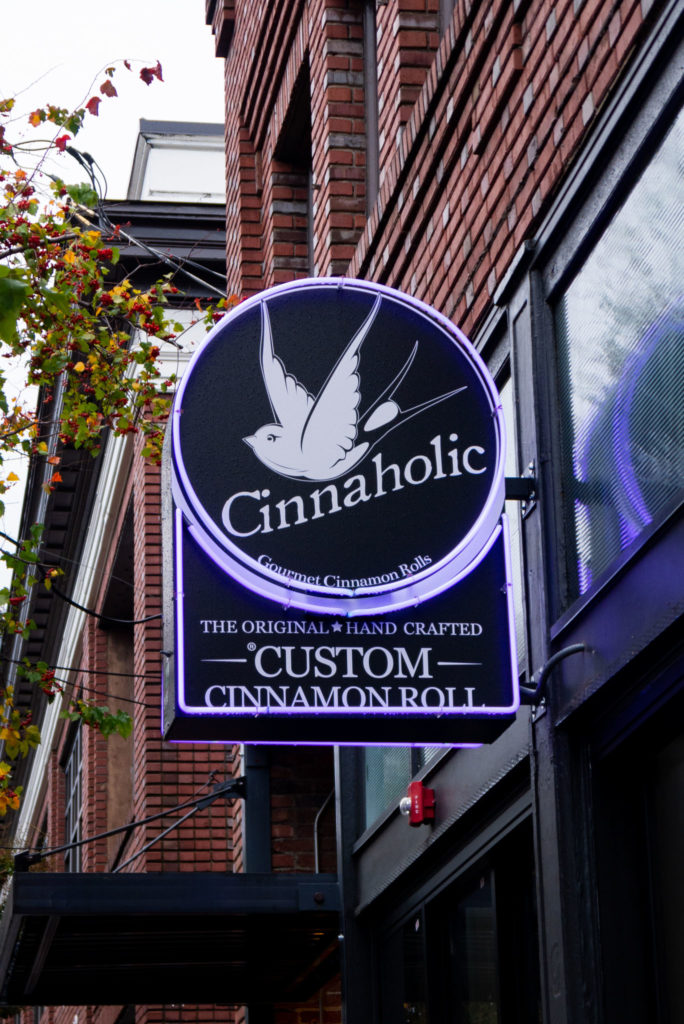 “We’re not your typical cinnamon roll shop. In addition to being 100% vegan, we offer more than your average ‘Old Fashioned’ roll.” According to Cinnaholic’s website. “We have a variety of different flavors that are waiting to be explored, all made with the highest quality ingredients to tickle your taste buds. All of our products are dairy & lactose-free, egg-free and cholesterol-free.”

Shannon Michelle Radke is the cinnamon roll connoisseur behind Cinnaholic. She developed a passion for animals in high school after watching PETA’s “Meet Your Meat” video and did not partake in science class dissections. She switched to a vegetarian diet and began working in the veterinarian field before she met Florian—the management brains behind Cinnaholic—and transitioned to an all-vegan diet to turn her baking passion into a dream job.

Florian has a background in brand marketing and helped create successful brands with his former creative agency in Berlin, Germany. He moved to California in 2008 after meeting Radke and now manages the Cinnaholic marketing.

The vegan-friendly products and equipment, while also being in a 100% dedicated vegan facility, use baking sugars derived from beets. Additionally, the marshmallow is free of gelatin and other flavors are flavored with fruit, spice, and plant-derived oils.

Originally from Berkeley, Calif., Cinnaholic currently has 29 locations: 24 in the U.S. and five in Canada. With a new shop in Capitol Hill, the company will have an additional pair open in the heart of Seattle. The shop opened this weekend and is located next to QFC grocery on Pike and Broadway.

At first glance, the location is centralized in the busier part of Capitol Hill. It is within range of many other popular bars and restaurants in the area and is conveniently located for customers commuting of town as well as for local housing nearby. From Seattle University, it is about a 10-15-minute walk from the Seattle University campus.

The walk-in shop is designed for a grab-and-go type experience, as the store is quite small and only offers standing tables. As I entered the shop, my friends and I were kindly greeted and were offered descriptions of any of the rolls.

I ordered a small assortment of rolls: a classic cinnamon roll, strawberry with cream cheese frosting, a specialty “cookie monster” roll, and a custom Chai frosting and banana topping roll. From the menu, it has a large selection of 18 different frostings and 23 toppings, not including the various seasonal and specialty rolls they offer. They also offer bite-sized baby buns, cinnacakes, and home-made fudge brownies and chocolate cookies. 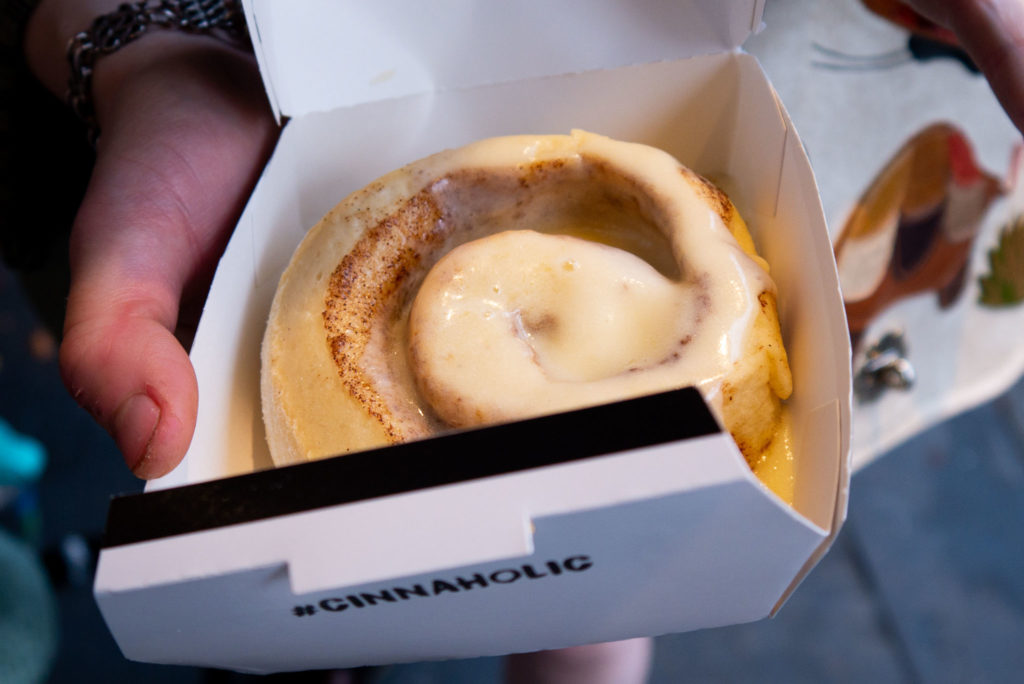 The service was fast, and we received our rolls within a couple minutes.

A couple of customers that attend Seattle U shared their thoughts about the new store.

“It looks a little undercooked, but I think that’s just because vegan ingredients do not appear as golden.” Seattle U senior Emi Montenegro said about the banana cinnamon roll. “The icing is really good, but the roll tasted a little chewy and tough. I am impressed on the thickness of them and the frosting as they are vegan ingredients.”

The pricing was confusing and is a bit steep for a roll. It can total to six dollars for a classic roll and specialty rolls range up to 10 dollars, depending on what additional toppings you get.

“It’s a bit doughy,” Seattle U senior Grace Stewart stated. “The icing presentation is also a little off. I can’t taste that much cinnamon in it either. The fact that it is all vegan though, is impressive.”

“I like the strawberry cinnamon roll, it is definitely sweeter and more fruity rather than having a cinnamon taste.”

After hearing opinions from several other customers and from my experience, the dough is chewier rather than crispy. The icing seems poured over the rolls rather than baked with the rolls and may leave some areas of the roll without icing. The fact that everything is from vegan ingredients, the flavors are quite good and taste very comparable to other cinnamon rolls. There are plenty of flavors to choose from, allowing for new experiences with every visit.