Choir Warms Up For Fall Quarter with New Director 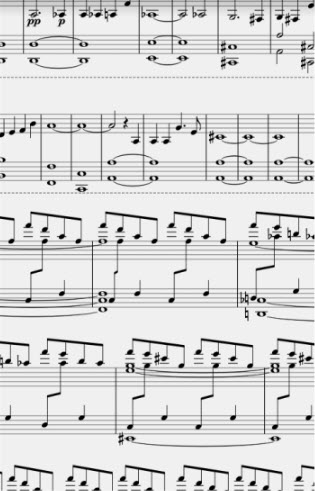 Students and family members gathered in the Chapel of St. Ignatius on Oct. 26 to listen to the Seattle University Choir’s first performance under the new Director of Chorale and Vocal Activities, Leann Conley-Holcom.

The occasion for this choir performance is the same every year, Seattle U Family Week. This year, however, the choir sang a different tune.

The goal of this year’s Family Weekend performance was to educate audience members about the process of how a choir goes from auditions to concert day.

“It’s just showcasing what we do everyday,” Strategic Communications major Laurel Mack-Wilson said, a junior second soprano and first alto. “Doctor Sherman [the previous director] used to do a full concert, which was beautiful, but it’s kind of nice that we can just ease in.”

Instead of a formal concert, Friday’s choir performance featured audience interaction, a public warm-up, and a few sneak peeks into what this year’s Christmas concert might sound like, all accompanied by Assistant Director Lee Peterson.

“I was really proud of the students,” Conley-Holcom said. “A performance like that is kind of inherently vulnerable to the performer because they have to be flexible and willing to try new things in front of an audience. It required both flexibility and boldness from them.”

Conley-Holcom’s arrival isn’t the only change in Seattle U’s choir, however. There are also a lot of new singers, many of them first-years, who begun choir at the start of the quarter.

“There are a lot of timid faces, especially with the new director— which is to be expected—but I’m already starting to see people come out of their shells a little more,” Molly Brown said, alto 1 section leader and a junior double-majoring in political science and public affairs.

Amidst all the transitions, many things about Seattle U Choir remain while they incorporate new aspects.

“There has been a really strong legacy of singing here,” she said. “My assistant director, Lee Peterson, has been just wonderful and the person to carry the torch…her flexibility, enthusiasm, and institutional knowledge has been very helpful.”

Peterson’s help and experience have been invaluable during a period with so much transition, as noted by both Conley-Holcom and Brown. Along with serving as Assistant Director, Lee Peterson has also served an accompanist, composer, and transcriber here and has been affiliated with Seattle U’s choir since 1999.

As for goals this upcoming year, Conley-Holcom says that she hopes for the choir to learn new skills and ways to be creative, while maintaining norms and traditions that have made Seattle U’s choir shine.

“My emphasis as an educator is on developing musicianship and artistry,” she said. “There are a lot of things that are still consistent from my predecessors; I very much value [their] legacy.”

Brown said she hopes to have a greater sense of unity and confidence as the year progresses.

“We talk a lot about singing for each other, not just with each other,” shesaid. “I’m definitely looking forward to our choir coming together… it’s really easy to see that everyone in choir has so much talent and so much potential.”

Mack-Wilson hopes that choir can circulate its work and presence on campus in order to show not only parents, but also Seattle U students, their hard work and talent.

“I think we get a lot of buzz from our families and community, but I think students should know what we do, that we are really good and something to take pride in.”

Elizabeth may be reached at
[email protected]