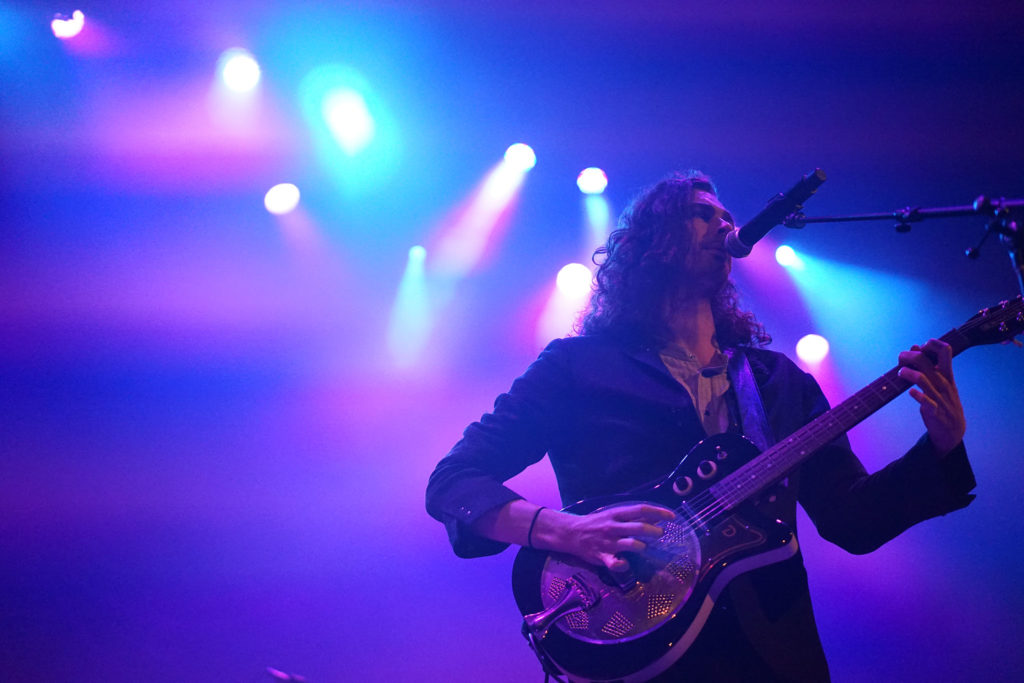 Hozier performs “Nina Cried Power” at the Paramount on Nov. 18.

Hozier and fellow Irishmen Hudson Taylor brought their folk charm to the Paramount Theatre on Oct. 18. A balance between indie rock, folk, and blues, the two acts catered seamlessly to the packed Seattle theatre.

Hudson Taylor, led by brothers Harry and Alfie Hudson-Taylor, were greeted with shrieking enthusiasm as they took the stage at 8 p.m. The duo opened with their 2018 release, “Travellin’,” a folky Americana hit that captivated the crowd instantly.

Touring his beloved debut album and his new EP “Nina Cried Power,” Hozier performs to an electrifying Seattle crowd at The Paramount.

Continuing with an assortment of hits from their self-released EP in 2012 to their most current mini-album in September, Hudson Taylor’s vibe was reminiscent of famous artists such as the Lumineers and Vance Joy. “Old Soul” was a crowd-favorite, with fans singing along. This pop-folk ambiance pleased the crowd and got the entire room ready for Hozier.

It had been a long wait since Hozier’s debut album in 2014. With his EP “Nina Cried Power,” it would be interesting to see how the recent release lived up to Hozier’s first album which was riddled with top hits and even one Grammy nomination. Needless to say, it delivered—and the combination of new and old paired with ballad and upbeat provided a smooth arrangement.

The set started with a fan-favorite, an oldie from the 2014 self-titled album “Hozier:” “Like Real People Do.” It was followed by the new “Nina Cried Power,” and the performance continued to provide a nice mixture.

Another highlight from the night was the new song, “Movement.” Accompanied by an array of lights that silhouetted the performers, the crowd was impressed.

Not surprisingly, the hit “Take Me to Church” had the crowd singing along, as well as “Someone New.”

After leaving the stage, Hozier was ushered back on for an encore, where the group performed a rendition of Destiny Child’s “Say My Name.”

Hozier then went on to formally introduce the band and the producers who helped make the show at the Paramount possible. As a final closing, “Work Song” ended the night.