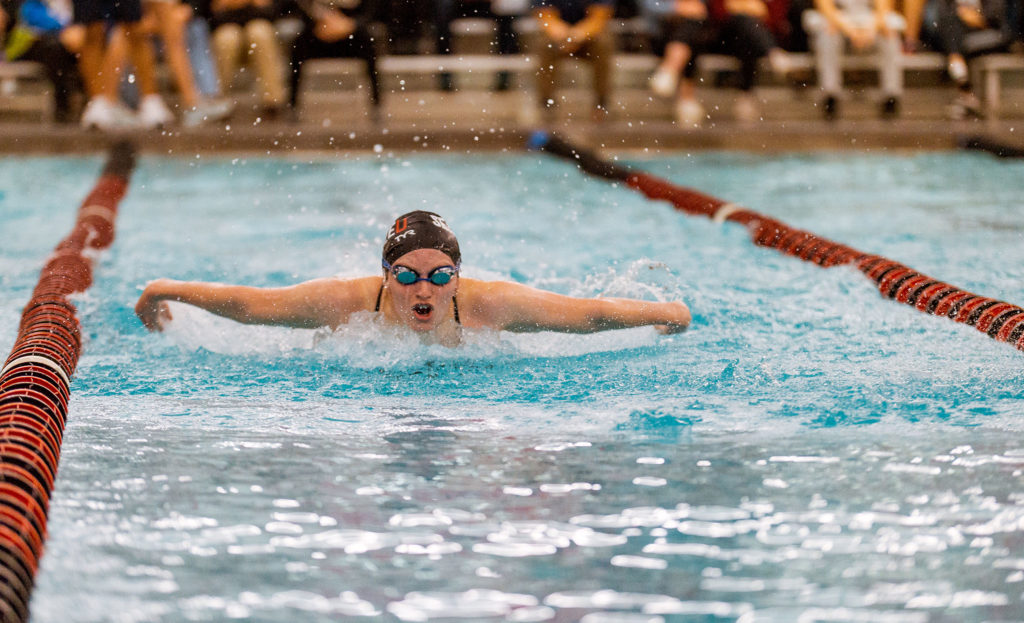 Seattle U Women’s Swimming took their first win of the season against Pacific Lutheran University, 126-76. 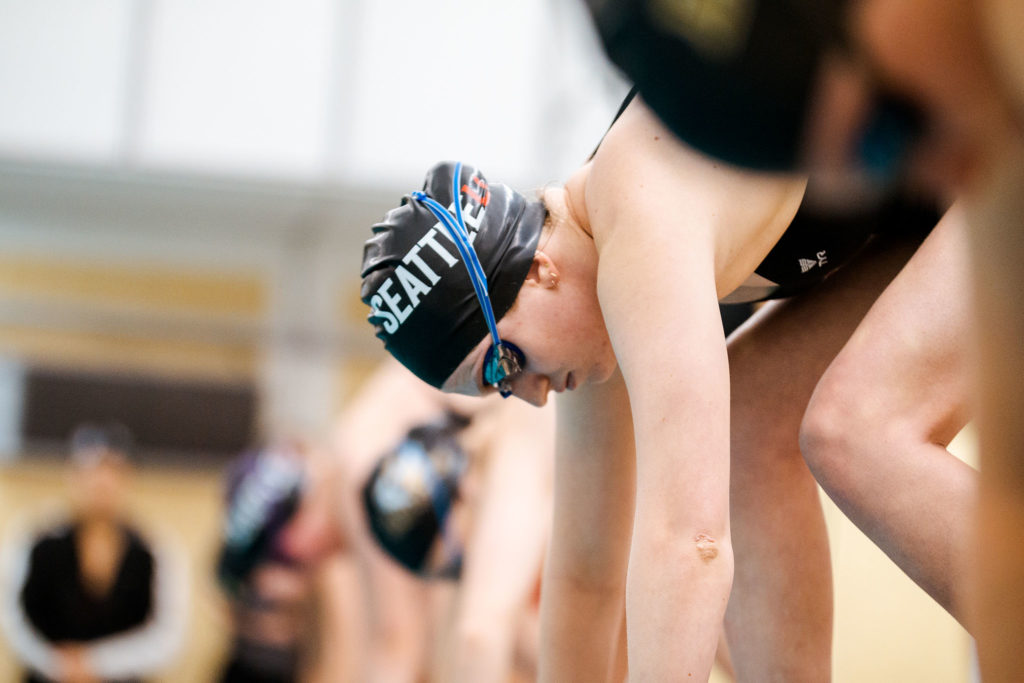 Sophomore Bryn Lasher on the blocks prior to the women’s butterfly on Friday, October 12.

Allison Plamondon had a spectacular day as she finished first in both the 50-yard freestyle and the 100-yard backstroke, with respective times of 25.08 and 1:00.94.

Sarah Carr won the 100-yard freestyle, finishing the race with a time of 54.52, Jayna Van Stone once again came in second.

Capping off the win was the 200-yard freestyle relay in which the team of Margaux Thompson, Jayna Van Stone, Julia Gorman, and Allison Plamondon took first with a total time of 1:43.05.

With a scoreless draw at UTRGV, the Seattle University Women’s Soccer team clinched a spot in the Western Athletic Conference tournament. This will be the Redhawks seventh straight trip to the postseason.

Ariana Romer had a stellar game at goalie, matching her career high with ten saves. The women’s soccer team had a total of ten steals in the match, led by Olivia Ovenell with three.

Seattle U will host first in the WAC, University of Missouri-Kansas City, Sunday, Oct. 21. This will be a crucial match for the Redhawks as they currently sit second in the WAC.

The women’s cross country team placed 22nd, at the Bronco Invitational, held in Sunnyvale, Calif. Rachel Kastama placed 87th with a time of 21:56.0, turning in the best time for Seattle U.

Following a 1-3 loss to California Baptist University, Seattle U lost 3 sets to University of Missouri-Kansas City on Oct. 13.

Despite the loss, there were positive takeaways. Mahra McLeod led the team in kills with eight and Head Coach James Finley focused on the team’s future.

Finley was proud that the team kept fighting and spoke about his own coaching philosophy, “It goes along with the mission statement of the university, it is just trying to prepare people for their future after college. Educating the whole person and using volleyball as a tool to do that.”