Rupi Kaur Brings a Full House to the Paramount Theatre 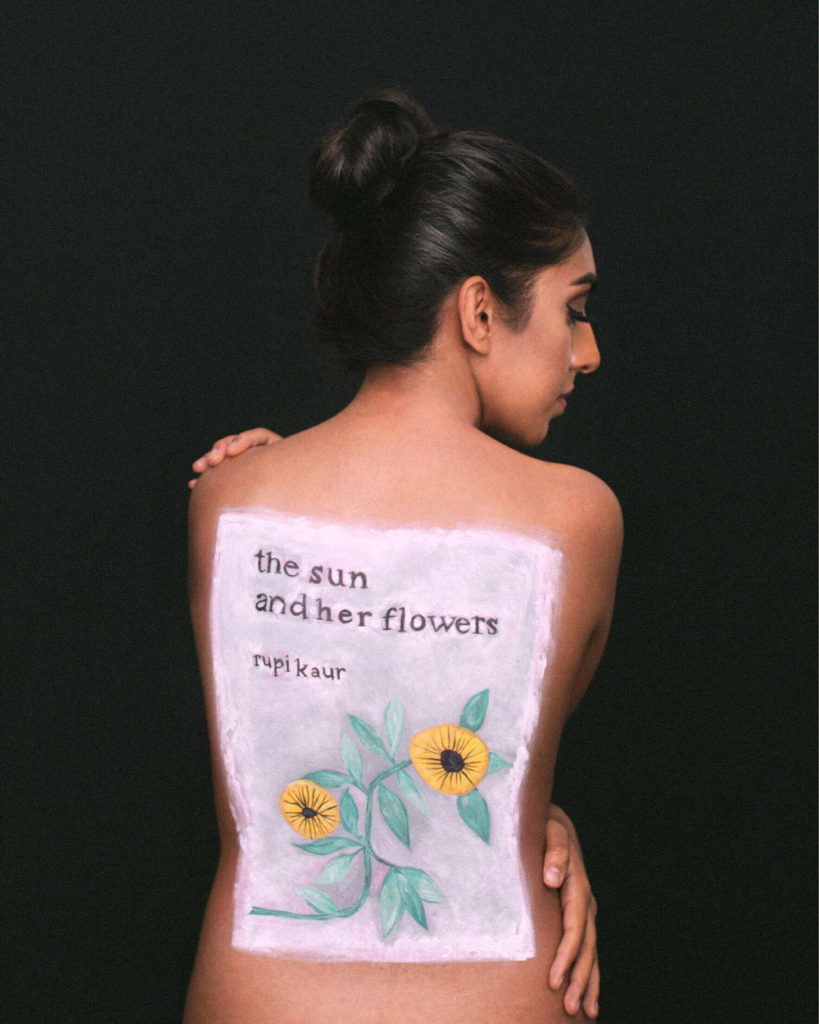 Rupi Kaur found her way to stardom when her self-published poetry book, “Milk and Honey,” received national and international popularity, selling over a million copies. It’s no wonder that when she visited Seattle as part of her 2018 tour, she sold out The Paramount Theatre—a venue that holds 2,800 people.

Jasmine Waland, a fourth-year student majoring in sociology and humanities for teaching, resonates with Kaur’s work in a deeply personal way. Waland is a poet herself and Kaur’s work has been an encouraging factor for the creation of her own poetry.

“I write poetry myself, and seeing someone who looks like me, and having that validation with experiences like love, trauma, healing, and immigrant parents, it felt so affirming and validating,” Waland said.

As Kaur ran onto the stage, the audience burst into cheers and applause as she laughed, waiting for the noise to die down before launching into her first poem.

During her shows, Kaur is known for not only reading her poems, but performing them. She swayed and waved her arms around. The lilts in her words made her poetry come to life for the audience. Most of Kaur’s poetry touches on deeply painful experiences, but her presence on the stage was vibrant.

She spoke with the audience about the background of how she came to write each poem. By giving the audience these insights to her work by utilizing personable and engaging anecdotes, it made the night and the poetry that much more meaningful.

Throughout the show she would put down the book she was reading from and perform longer pieces recited from memory. When reciting these longer pieces, music played and reverberated through the theater, creating a haunting effect as her words sounded like music.

The audience seemed to enjoy these special performances, always exploding into applause, hoots, and whistles.

Lane Wagner, a graduate student studying Communication and Digital Media at the University of Washington described Kaur’s performance as an emotional experience. It was Wagner’s first time seeing Kaur, and she didn’t know what to expect.

“It was empowering, it was sexual, it was emotional. It was everything,” Wagner said.

Wagner commented on the simplicity of the performance, a mirror to the simplicity in Kaur’s work. Behind Kaur were projected images and graphics that related to whichever piece she was reading. Drawings of flowers, bees, and her family were all featured in the projection. The animated drawings and visuals added a layer of intrigue to the performance.

Many of the poems she performed from “The Sun and Her Flowers,” her second book published in 2017, she dedicated to her parents. In fact, her father was in the audience.

“The Sun and Her Flowers” focuses a fair amount of time on the topic of immigration. By performing poetry that is an ode to her family and lineage, Kaur confidently invited the audience into an intensely emotional territory.

“She just like commands the room and she’s confident. She’s confident in herself and her identity, in the cultural identity for femininity, where she’s from. She doesn’t try to hide it or pretend that she’s not,” said Wagner.

Kaur’s poetry mainly falls under the minimalistic theme and is usually accompanied by an illustration that she had drawn herself. Her work focuses on all aspects of humanity: love, trauma, immigration, mental health, as well as a variety of other topics.

“I love the simplicity of the poems,” Waland said. “It’s easily absorbable.”

Kaur is usually associated with the rising trend of “Instapoets.” She is quite active on Instagram, constantly sharing her poetry with her large following. Instapoets is the term used when upcoming artists use Instagram as a platform to share their poetry with an audience.

“I feel like there is a group of many, many, many writers and people who are using Instagram as a platform to share their poetry,” Kaur said. “And they’ve, I think, brought poetry into the mainstream.”

Kaur’s belief is correct when it comes to social media platforms making poetry more accessible to people who may not necessarily read poetry. Second-year student majoring in international studies with a minor in women and gender studies and philosophy, Emma Byrne, agrees as well.

Byrne was first exposed to Rupi Kaur through someone’s Instagram story and was immediately drawn to the aesthetics of the short poems accompanied by the simplistic drawings.

“‘Milk and Honey’ was the first poetry book that I’ve read cover to cover,” Byrne said. “I read it all in one sitting.”

After the show, Kaur took to Instagram to share her experience at The Paramount Theatre with her followers.

“Tonight was marvelous. Thank you for carrying me through that show with love.”