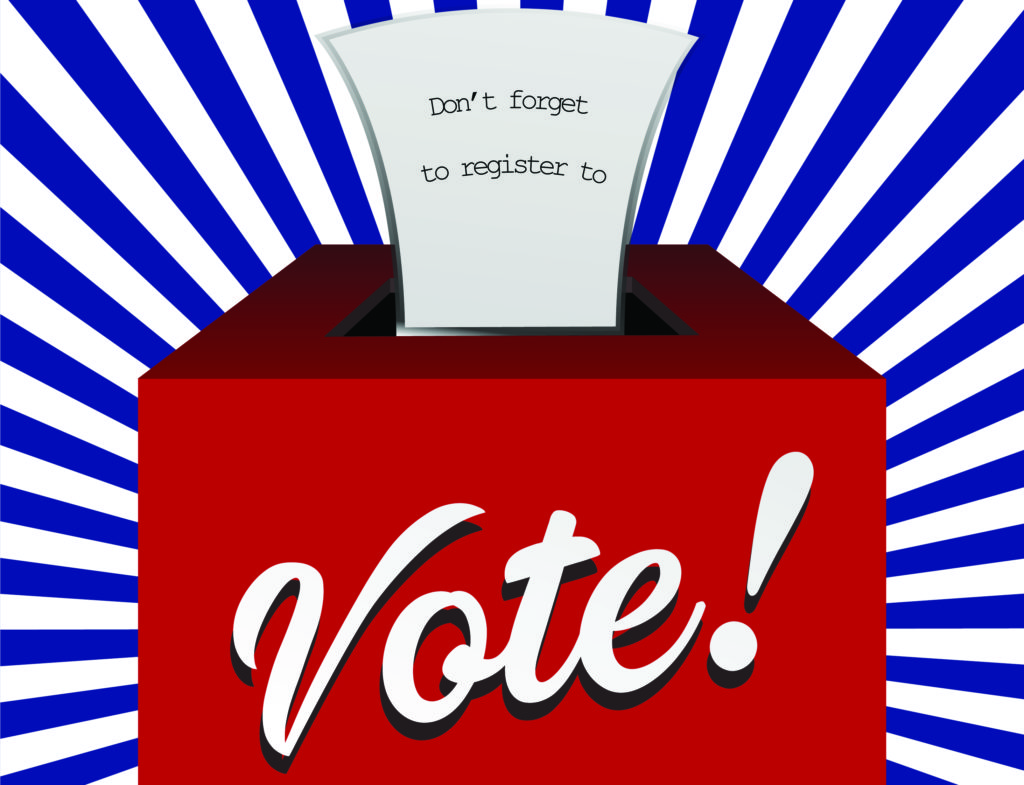 While the deadline has passed for individuals to register to vote online in the state of Washington, in-person registration is ongoing until Monday, Oct. 29. Voting isn’t an option for everyone in the community, and Seattle University Civic Engagement Chair Kate Hannick, a senior majoring in economic and public policy, offers other ways for people to get involved.

“You have to be a citizen to vote, and not everyone on campus is a citizen, whether they’re undocumented or an international student,” Hannick said. “There’s also a lot of systemic barriers to voting, and historically that’s been a trend, like folks of color have been systemically barred from voting by various policies and we still see that today.” 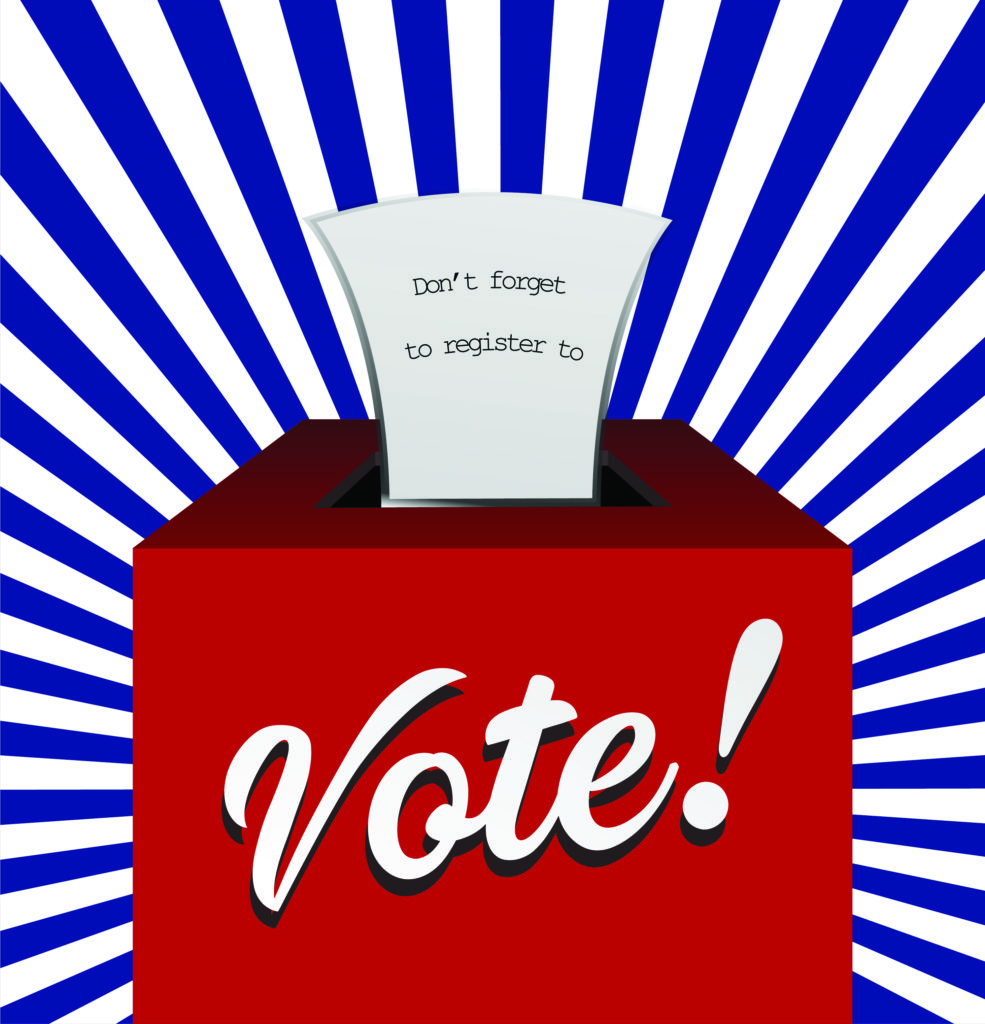 During fall quarter, specifically, Hannick is interested in working on getting students involved with volunteer opportunities on campaigns they are interested in. She hopes to expand the community’s general awareness surrounding the midterm elections. Hannick also has many workshops set up throughout the year, with events catering to civic engagement and knowing your rights.

“When young people don’t get involved, we have this tipping of the scales where what we see in congress is not actually representative of what we are,” Carlson said. “One fifth of congress people are women, but half the world is women.”

Continuing off the conversation Hannick began about the systemic complications involved when it comes to voting, Carlson stresses the importance of pushing through the initial implications and casting a vote instead.

“I hear a lot of people say—which is hard to hear—that the system is rigged, that money plays such a big role in campaigns that it feels like your voice doesn’t matter,” Carlson said. “I would encourage students to disregard that; that’s what powerful people want you to think. Every vote counts, every vote matters. I think it’s really important that young people get out to the polls.”

According to past midterm voting patterns, Generation X and millennials do not make up the majority of voters in midterm elections. Midterms offer a chance for the population to reflect on how the governing party has been doing and whether they are pleased with their efforts. Elections matter and influence other political spheres— the election of President Donald Trump went on to directly impact the appointment of Associate Justice of the Supreme Court, Brett Kavanaugh.

Being educated and taking a stance on relevant and important topics is something even young voters can get behind. Many pressing topics are up for debate in the Washington elections—police reform and gun control among them. These two specific issues are especially relevant to the younger generations who have expressed more passion and interest in them, as these matters have gained a larger platform in recent years amidst growing discontent with the current system.

As Carlson points out, if the majority of Americans aren’t happy with the efforts of the government, midterms allow the population to express their discontent and allow a tipping of the scales.

“Are people happy with what they’ve seen over the last two years, or are they ready for a change?”

Additionally, this initiative would allow a change in the use of deadly force by adding a “good faith” standard and independent investigation. The current legislation states that peace officers—active police officers, Washington State Patrol officers, and Department of Fish and Wildlife officers enforcement powers—may use deadly force when carrying out their duties.

The present existing law recognizes situations in which using deadly force is justifiable and necessary, such as overcoming resistance or suppressing a riot involving a deadly weapon. If the proposed legislative measure is approved, the adopted “good faith” standard would “examine not only what a particular officer’s intentions were, but also what a reasonable officer would have done under the circumstances.”

In determining whether the good faith test is met, the measure would require an independent investigation any time death or substantial or great bodily harm is a result of an officer’s use of deadly force.

As happens every two years, all house representatives in the United States will be up for election this November, which includes the two districts that cover most of the Seattle area. District 7 covers Downtown, North, and West Seattle, as well as Edmonds and Shoreline. District 9, on the other hand, covers Central and South Seattle, including Seattle University, as well as Bellevue, Federal Way, and Kent. These two districts are currently represented by two Democrats, Adam Smith and Pramila Jayapal—Smith is being challenged by another democrat, whereas Jayapal will face off with a Republican.

This November, incumbent Democrat Pramila Jayapal will run against Republican Craig Keller in District 7. Jayapal has served in the House of Representatives for two years, having been elected to the federal legislature in 2016. She stands out with her stance on immigration—she has repeatedly spoken out against the deportation of Middle Eastern Americans, both in the years following 9/11 and after the travel ban in early 2017. On the other hand, Keller’s sole campaign focus on his website and on the trail has been immigration, following the “Build the Wall” rhetoric of the right.

Much of Sarah Smith’s platform revolves around foreign policy. She has criticized her opponent’s vote in favor of the Iraq War, as well as his support for a higher military budget. She has received the support of The Stranger, as well as Alexandria Ocasio-Cortez and Our Revolution.

Adam Smith, on the other hand, has focused on immigration policy, having received the endorsement by the Seattle Times for this reason. He has also supported Medicare for All and tuition-free college, taking progressive economic stances on the national level. His endorsements also include Senators Maria Cantwell and Patty Murray, the Human Rights Campaign, and Planned Parenthood.

Democratic candidate Maria Cantwell will be on the ballot for reelection for the U.S. Senate. Opposing her is Republican candidate Susan Hutchison.

Cantwell has voted in favor of progressive policies, such as immigration reform and authorization of appropriations to the Departments of Defense, Health and Human Services, Labor, Education, Energy, and Veteran Affairs, among other programs. Cantwell voted in opposition of Brett Kavanaugh’s nomination to be an Associate Justice of the Supreme Court of the United States (SCOTUS).

Hutchison’s political career began in 2004 when she served on the King County Independent Task Force of Elections, reviewing voting processes and issuing recommendations following that year’s gubernatorial race in Washington state. She was elected chair of the Republican Party of Washington in 2013 after the resignation of Kirby Wilbur.

Republicans achieved majority status in the Washington State Senate and gained four additional seats in the Washington House of Representatives under her leadership. Hutchison was then elected to a two-year term as party chair in 2015. Hutchison is in favor of protecting the Second Amendment, Trump’s border wall, and Kavanaugh’s nomination to the Supreme Court.

Measure 1639 is a statewide initiative that seeks to strengthen gun control statewide. This would entail background checks, age limitations, and waiting periods, and it further would place fees on gun usage. If this measure passes, it will be illegal for a person under 21 to purchase a semi-automatic rifle or a pistol, and there will be a ten-day waiting period required before a person may purchase any such firearm.

Further, the measure will place restrictions on gun storage and will make gun owners liable for the usage of their guns. According to the Secretary of State’s explanatory statement, a gun owner would be charged with a felony if their firearm is used to commit a violent crime as a result of their failure to securely store their gun. Proponents of this measure, among whom are King County Sheriff Mitzi Johanknecht, believe that it will help in securing schools and communities from mass violence.

Its opponents, on the other hand, which include Deputy Sheriff Brad Klippert and the National Rifle Association, believe this measure does not make meaningful strides to prevent gun violence, and instead, restricts the right to bear arms to self-defense.