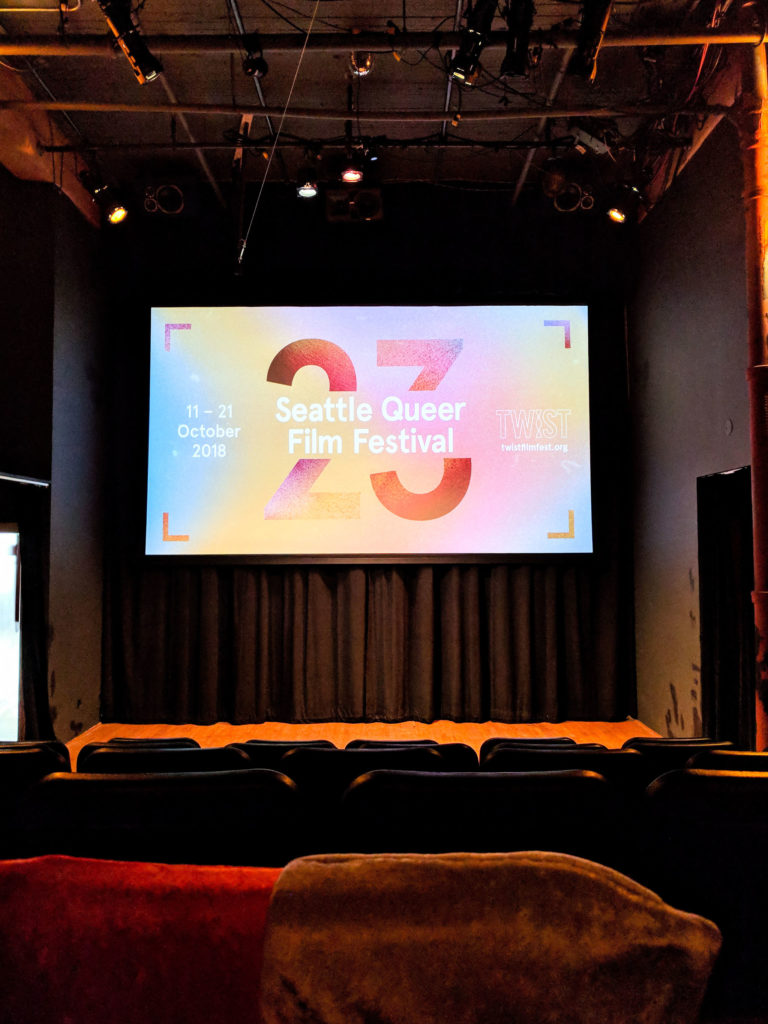 Filmmakers of the LGBTQ community showcase their work at the 23rd Seattle Queer Film Festival at local Seattle venues.

The Seattle Queer Film Festival features films created by and featuring members of the LGBTQ community. It is an 11-day festival running from October 11-21, coming up on its 23rd year. The films are featured in various local venues including SIFF Cinema Egyptian, AMC Pacific Place, Northwest Film Forum, and Broadway Performance Hall.

The director of the festival, Kathleen Mullen, is in her third year heading the festival, a job she enjoys greatly. She deals with more of the behind the scenes aspects of the festival. She loves film, the LGBTQ community, and showcasing queer films.

One of Kathleen’s responsibilities includes running a screening committee. The committee watches the films, then discusses and decides which film would be best suited for the festival.

“They look for films with good stories, films that people are interested in seeing, as well as films that feature diversity in subject matter, people in the film, the filmmakers themselves,” Mullen said. “Most importantly, they look at films that will both entertain and challenge people.”

Each film is thoughtfully selected with the goal of supporting the LGBTQ community, captivating the audience, and showing people something new and unique that they haven’t quite seen before.

The films allow LGBTQ filmmakers to showcase their stories on the big screen. Their stories then bring the audience together and create a profound sense of community.

“People come together and watch a film and they are able to relate to each other and talk to each other,” Mullen said. “Films have the power to bring people together and give them a common experience. This is the exact aim of the festival, to support members or the LGBTQ community, and to unite people through film.”

The film “George Michael: Freedom” was a fantastic experience, made even better by the audience in attendance. After leaving the event, it was clear how much love and support is active within the LGBTQ community. Mullen said that she hopes to show films that both entertain and challenge people, something definitely achieved through this film. The film told an inspiring story with ups and downs, and it was a challenge not to start crying in the cinema.

Up until Oct. 21, the festival is playing a variety of films that are applicable to everyone. There are many films about young people and their experiences that college students would find very relatable.

The closing night film, “Rafiki,” is a must see. The films are $9 for students, which is cheaper than a regular movie ticket, making the experience even more worthwhile.

Even students who are not in the LGBTQ community will find something in these movies that speaks to their experiences or inspires them.