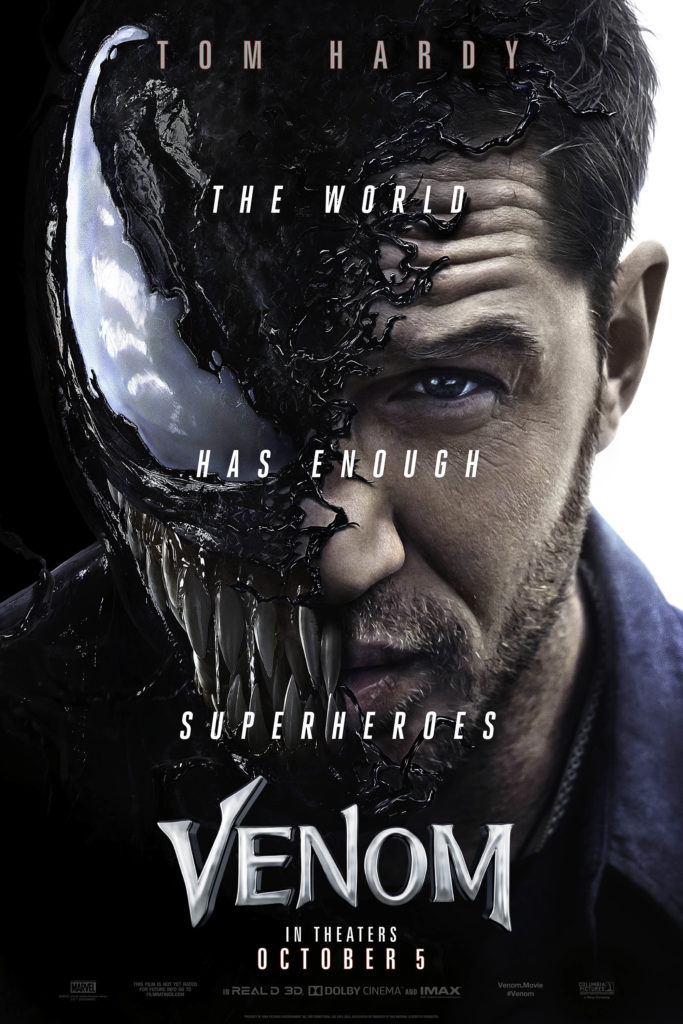 IMAGE COURTESY OF THE MARVEL DATABASE

“Venom,” the new Marvel superhero movie focusing on the titular antihero from the Spiderman comics, is Sony Pictures’ attempt to revitalize its dying Spiderman brand.

Sony has already produced two separate Spiderman franchises with varying levels of success. While the first two films of the original trilogy directed by Sam Raimi were generally met with good reception, “Spiderman 3,” which was riddled with bad writing and shoddy character development, was not enjoyed much by critics nor by the public. Arguably the worst flaw of the film was its overcrowded script, as the anticipated big screen debut of the movie’s villain, Venom, suffered because of his large lack of screentime.

Nearly a half decade since releasing their last Spiderman film, Sony’s “Venom” proves that the studio who managed to ruin its last Spiderman franchises with bad writing and sporadic pacing has not learned from its mistakes.

The aspect most lacking in this film is very simple: the absence of Spiderman. Although the “wall crawler”  has appeared in recent Avengers films, this movie has no connection to Disney or the Marvel Cinematic Universe. By remaining in its own continuity, the film feels as though it struggles to differentiate itself from other recent action thrillers.

The meandering storyline really feels like the writers were grasping for strings trying to craft the origin story of how Eddie Brock becomes Venom without referencing Spiderman. That does not mean that Venom as a character does not have the narrative chops to hold his own as the star of a film. Rather, his character is so complex that the lack of any connection to the arch-nemesis that shaped his motivations in the comic books is a huge disservice to the film.

Tom Hardy, of “Mad Max: Fury Road” and “Inception” fame, plays the film’s zany protagonist, Eddie Brock, a reporter whose investigation inadvertently gets him infected with an alien symbiote – a living parasite that talks to him and gives him incredible powers.

Although Venom’s fearsome, slimy exterior and ability to stretch his body into weapons to mow down enemies is more than fun to see on the big screen, the movie is really at its best when its focus shifts to the conflict between Venom and Eddie. Venom (also played by Hardy) is funny, psychotic, and very much in control of the pair’s actions, making their struggle for control over one body that much more intriguing. Moreover, Venom is very human in spite of his extraterrestrial origins, which makes their chemistry more organic.

Unfortunately, the rest of the cast is rather bland by comparison. Michelle Williams plays Brock’s love interest and gives an adequate performance. But nothing happens that gives viewers a reason to really care about their relationship. She just is not given enough to do.

The same goes for Riz Ahmed who plays Carlton Drake, the villainous CEO of a bioengineering company that is experimenting with symbiotes on human hosts. He hopes to capture Eddie since he has successfully merged with Venom. However, he never feels threatening, as his dialogue makes him come off as cliche.

“Venom” disappointingly only amounts to an okay action flick. Still, the CGI used to create Venom and the other symbiotes is quite good. Furthermore, Venom’s design is very accurate to the comics and carries the necessary frightening and imposing details that make him come to life. In some faster sequences, though, the special effects do not hold up very well, but there is enough mayhem and fighting to satisfy action-junkies.

Sony has made clear that it intends to use “Venom” as a jumping off point for its own Marvel Universe. Morbius the Living Vampire, Silver Sable, and Black Cat are just some of the Spiderman side characters that the studio wants to focus on in the future. (There is an after-the-credits scene for those who enjoy staying a little longer.) If these movies are produced as planned, hopefully they benefit from having a larger cast of significant comic characters to share the screen.

In conclusion,“Venom,” for lack of a better comparison, is like a symbiote stretching in too many misguided directions. The meandering plotlines, pointless dialogue, and lack of true substance dooms this Marvel installment. Although Venom and Hardy are able to carry the film in spots, no amount of superhuman strength could lift this film from being ultimately disappointing.